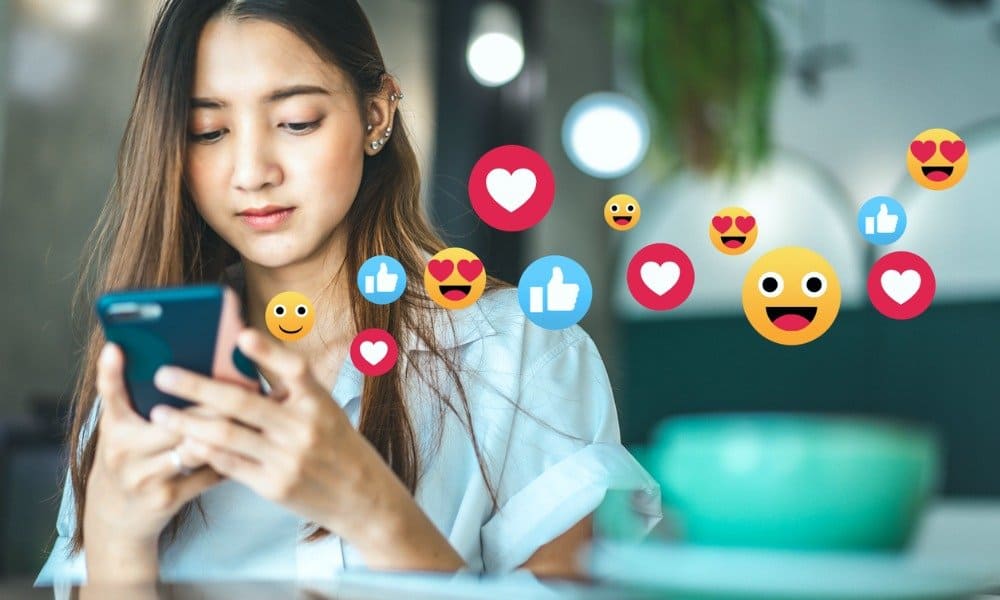 There are actually communication techniques you can use whenever you have a dialogue on Facebook that can reduce the chances of having a negative experience.

The way social media is these days, it’s difficult to have a conversation without it turning into a fight or someone getting upset. In such a volatile environment, it’s tempting to just delete your Facebook account and walk away for good.

Don’t do it. There are actually communication techniques you can use whenever you have a dialogue on Facebook that can reduce the chances of having a negative experience. Perfect these tips, and transform your time on Facebook into one that’s uplifting and fun, rather than stressful and annoying.

People often turn to Facebook to ask random strangers for advice. It could be anything from eating tips, health advice, technology shopping pointers, or anything else.

Taking the time to actually write up something that’s well-researched and useful for people makes everyone happy. It makes the day of the person who made the original post. It also makes other readers feel like your a valuable, contributing member of the community.

People really appreciate helpful, kind people. And when you take the time out of your day to help a stranger, it just inspires everyone else who sees your actions to want to do the same for others too.

This feel-good response is why so many people typically like super-helpful posts.

Who doesn’t like a compliment? If you love someone’s profile picture, a picture of their child that they posted, or even a meal they’ve shared — take the time to say so.

It not only brightens the other person’s Facebook experience, but it also makes all of the other readers who see it feel good as well. Positivity on Facebook is so rare that when people see it, they’ll typically like it. 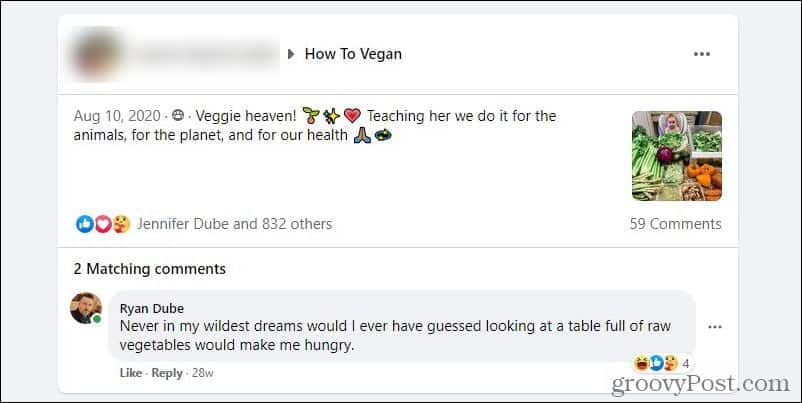 In fact, you’re likely to get a bunch of “love” emoticons as well.

Show love, and get love. That’s what making a kinder and more enjoyable Facebook experience is all about.

It’s common knowledge that on social media, visual posts get higher engagement in general. This is because, in part, picture posts are just larger than only text. They catch the eye and make people slow down or stop scrolling.

And if you’re in the picture, they recognize you. This may bring back memories or just triggers a different, more emotional response in people. 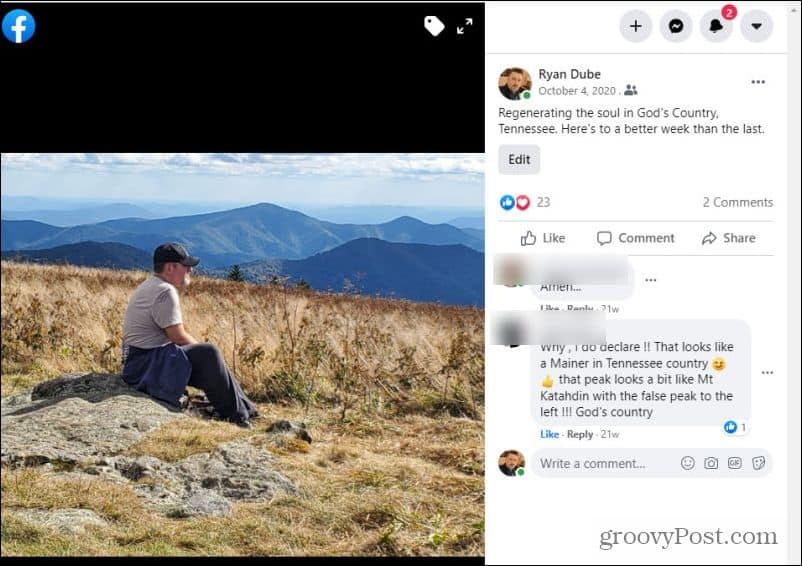 This is why whenever you post a picture of yourself or change your profile photo, you may notice that suddenly a whole bunch of your followers who never usually respond to your posts are liking your new picture.

Want to make a real impact on creating a more positive Facebook experience for everyone? Start posting some deep thoughts about living a more enlightened, successful,  and more kind life. Write short 1-2 paragraph essays about treating others better. Or how to improve your life and others’ lives. 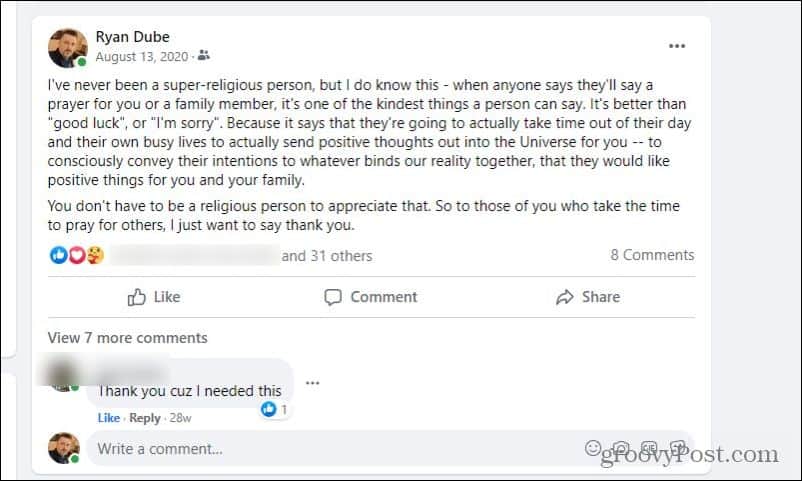 You’ll notice that your followers will typically like these posts more often than others. The reason for this is because you aren’t just posting an opinion. You’re providing insights that can help other people who follow you live a better and more fulfilling life.

And people always love it when they come across a post that gives them something positive to think about – meaningful ways they can improve their own life.

Shut Down Trolls for Others

One thing that makes Facebook so toxic is people who only seem to be there to cause trouble. They always respond to posts with negativity or sarcasm. They have nothing good to say and always seem to be looking for a fight.

While it’s never a good idea to “feed the trolls” by engaging in their argument, sometimes you can be an independent voice that can pour water on the flames. If you see someone harassing someone else on Facebook, it never hurts to step in and point out what they’re doing and fairly.

Other people who come along and read the thread later often appreciate your good sense and compassion for the person being attacked. Most people will like your post and then join in — following your example.

One thing that often drives trolls away is when they realize they’re outnumbered by people who don’t approve of their behavior. Lead the way. It’ll make other people feel safer in joining with you to fight off those trolls.

For witty people (or even if you just like attempting to be witty), Facebook offers tons of opportunities. People ask some really funny questions, sometimes. Especially in the various Facebook Groups. Humor also goes a long way toward turning a heavy topic into a lighthearted one, especially if your jokes are self-deprecating.

The last thing you want to do is attack other people trying to be funny. It can be tempting to make people look stupid, especially given some of the Facebook posts that show up out there, but if you do that you’re just contributing to the toxic culture on Facebook. You also become just another troll.

Be light-hearted. Be kind. And help everyone else on Facebook have a more positive experience through humor.

One of the most common posts across Facebook is people looking for advice. Whether people are trying to eat better and lose weight, deal with family issues, or get tech help – calls for help are all over the place.

When you answer those calls for help with motivation and inspiration, it not only helps the person who posted the question, but also other readers who’ve had the same experience.

People love inspiration quotes during their times of need, so those are always a good go-to. But also if you can share a personal experience you’ve had that can help the other person navigate through their crisis – that’s often very welcome as well.

When you see one of these posts, take the time to offer words of encouragement and wisdom. Avoid being condescending if you can. Instead, think about what kind of response you’d like to see if you were having the same problem, and respond in kind. You never know, you could be changing a life with just a few, simple, encouraging words.

One of the most important words of advice if you’re planning to try and improve the culture is to avoid Facebook groups of people who hold opinions very different than yours. You will be tempted to contradict or debate with people, and that only adds to the animosity and toxic environment.

It doesn’t mean you can’t join groups of people who hold differing opinions. But if you do so, you’ll need to exercise extreme restraint and use all of the earlier skills described in this article to avoid getting into a verbal altercation.

Using Facebook requires a lot of self-control and maturity. Build enough of that into your character and your Facebook posts and you’ll find that your experience there no longer feels negative or toxic.