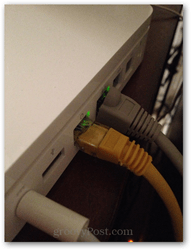 Blighted by buffering? Pwned by packet loss? Livid over lag? Whether you use Verizon FiOS, Comcast XFINITY or some benevolent independently-owned high speed Internet provider (haha, just kidding), there’s one surefire way you can boost the speed, reliability and security of your home network. And it doesn’t involve bloating your monthly cable or DSL bill.

“But wait,” you say. “This is the 21st century. Everything is wireless. Get with the program, bro.”

The fact that everything is wireless is exactly the problem.

In many ways, it is the best of times and the worst of times for wireless devices. From 3D and HD streaming content to home-based cloud file sharing, there is more data zipping across your local area network than ever before. But that means more traffic on the same old “roads.” The problem is that WiFi is still somewhat new, and perhaps not quite ready for the onslaught of bandwidth launched by all the shiny new gadgets you’ll be getting for Christmas. As more clients hop on to your wireless router, you start to sacrifice convenience for speed and reliability. Couple that with all the interference from walls, air ducts, baby monitors, chicken wire, the neighbor’s devices, etc. and it’s no wonder that your wireless connection can get kind of sketchy.

If you end up getting poor performance, your ISP may not be to blame. Oftentimes, it’s the aforementioned WiFi reception and congestion issues that are causing the bottleneck.

Wired Ethernet to the Rescue

The ideal solution is to get everything on a wired Ethernet connection. That is, plug one end of a Cat5 cable into the back of your router and then plug the other end into your device. That is the fastest connection you’ll get in your house short of plugging your device directly into the modem.

Of course, there are barriers to this solution. In particular, your device(s) may not be conveniently located right next to your router. There’s a solution for that, too. It’s simple: tear some holes in your walls and route Ethernet cable throughout your house.

What, not up for that?

Okay, do this instead: get yourself a pair of powerline Ethernet adapters. 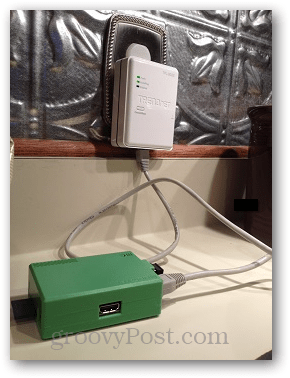 These magical devices have been around for years, but have only started gaining in popularity due to higher demands on home networks from streaming HD video, gaming, network-attached storage and the like. Ethernet over powerline adapters use your existing electrical wiring to transmit network data. Simply plug an adapter into a normal AC outlet and then connect an Ethernet cable from the adapter to a device (such as a router, Apple TV or computer). Hook another powerline Ethernet adapter into another AC outlet and you’ve got a wired connection in any room of the home. You can connect as many powerline Ethernet adapters as you want, as long as one is going back to the router. You will immediately start experiencing faster, more reliable Internet in absence of all the pitfalls of wireless networking.

Personally, I use powerline networking in two ways: (1) for preferred devices that I want to go as fast as possible (my Apple TV, my desktop that hosts my files) and (2) for devices that don’t have wireless adapters (my Raspberry Pi).In both of these applications, I find the connections be much faster and much more reliable, especially when it comes to transferring large files over the network or streaming media.

I am by no means advocating going fully wired. But for non-mobile devices, such as set top boxes, gaming consoles, Internet-enabled TVs and desktop computers, it makes more sense to keep them wired, either with a straight Ethernet connection or a powerline Ethernet adapter. This will get you faster speeds for these bandwidth heavy devices and clear up some of the congestion on your wireless network, therefore speeding up your wireless devices as well.