Google has been a busy bee this week with multiple service and feature releases.  Of the many releases seen this week, each and every service is free, and they are all designed with end users in mind.  The updates include free DNS, a feather “lite” version of YouTube, a dictionary, a homepage performance upgrade, and a translated language website search.  <phew>  Here’s a brief preview of this week’s Google releases.

Yesterday Google announced their new service, Google Public Domain Name System (DNS).  Google’s mission with Public DNS is speed; however, after speed tests, my Internet Service Provider’s default DNS is still showing up faster.  Currently, the service is still in the experimental stage. What Google eventually does with it is pending upon results.  For people new to DNS, Google has created a full instructions page to assist with setting up the service. 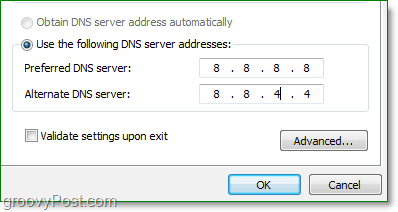 The top concern with Google DNS is privacy; their policy details are here.  In short, if you use Google DNS they will have the ability to track every single website you visit, your IP address, your internal hostnames (including corporate ones), the programs you use that connect to the internet and your geographical location.  Google claims that the logs are temporary and deleted within 48 hours. However, there is still some skepticism concerning what they do with the data before deletion.

Hosting their own DNS system also grants Google the power to block any website they want from someone using their network.  It certainly is a lot of power for the biggest advertising company in the World to be wielding. Most companies/people are already using either Google Search, Adsense, Adwords, Voice, Analytics, or GMAIL. (Need I go on?) So I’m fairly sure Google already knows way way way more than any of us care to know, so giving them your DNS data is probably just a blip on the privacy radar.

With the growing popularity of Netbooks, Google has responded by introducing YouTube Feather.  Currently, there isn’t much I’ve noticed w/feather except it appears to be much faster.  If you join the beta program, you may see that Google has stripped down all of the non-essentials from YouTube (for the better if you ask me) and thus reduces latency by a good amount.  Feather is still in the beta stage, and won’t be visible unless you join.  You can opt in and try it out at the feather beta page.

Another update this week was Google Dictionary.  This one hasn’t received as much buzz as DNS or Feather. But I’m pretty sure it’s going to make a large impact on the community over time.  Answers.com was the previous host for definitions on the Google Search engine but last Thursday, Google gave them the boot and implemented their clean new service.  The definitions shown in Google Dictionary are designed to be easy to understand but lack the intricate heterogeneous (now there’s a word to look up; I misspelled it the first time) definitions of some of the higher end dictionaries.  Google hasn’t yet implemented a thesaurus, so until they do Reference.com will have my heart.  Did I mention I love their “Did you mean? feature?  Yeah, it’s in their Dictionary service also!

Try out the Google Dictionary at http://www.google.com/dictionary.

The Google homepage has a new look.  Did you notice?  Google has finally realized the majority of its users are just there to use the search engine and in line with their feather update, they’ve gone minimalistic.  The next time you visit http://www.google.com take a look, the extra buttons and links won’t appear until you hover over the screen.  Supposedly this will decrease page loading time.  Regardless, it will be nice not to be advertised to download Google Chrome below the search bar as much.

If you’re from another country, or maybe planning a trip, Google Translated Search can help.  For example, if you’re going to visit France, there is a good chance you will find better guides and reviews from people who are local.  The problem is, the local population speak and blog in French and you don’t.

All in all, it’s been a FULL groovy Week over at Google!  I think they deserved mention in our first End of Week Grab Bag for sure!