A few months ago we briefly covered the rumors going around about Hulu’s new premium service.  Yesterday Hulu announced the official details and started the preview invitations.  As an avid Hulu viewer, I’m pumped about the new optional service. Here is what you can expect.

What is Hulu Plus?

While Hulu Plus might sound like a bold new business strategy, it’s just an add-on to the existing Hulu service.  This add-on means that the Hulu as you know it isn’t going anywhere <phew>, at least that’s what Hulu has promised.  The optional add-on feature service will cost you $9.99 per month for several new features not available through the Ad-Supported free Hulu service we all know today.

Hulu Plus is designed to bring Hulu to a broad range of devices, starting with the iPhone, iPad, Television, and more.  On top of the mutli-device support, Hulu Plus will unlock more shows and more episodes of all shows on Hulu.  Ads aren’t going away. Yup, it’s sad news, but you’ll still be required to watch the SAME ads that free viewers watch, even if you’re a paid subscriber.  Here’s the full list of features: 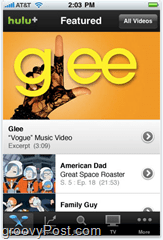 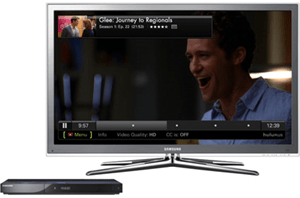 Hulu Plus will be a nice add-on for people who want to watch old episodes of their favorite shows.  The mobile device and upcoming TV support look promising, but I don’t get why that should be considered a “Premium” feature.  Other Applications like TVersity and PlayOn already exist that let you stream Hulu to any device from your PC.

Over the past few months, there has been a noticeable increase in the length of the ads shown on Hulu.  So much so that people are complaining in the comments of nearly every show.  If Hulu wants to lure me into paying $10 they’ll need to get rid of the ads altogether for Plus customers, or at least reduce them to only the opening and closing ads as HBO and other premium channels do.

Do you watch TV on HULU?  Would love to hear your thoughts on the new PLUS service and $10 fee.