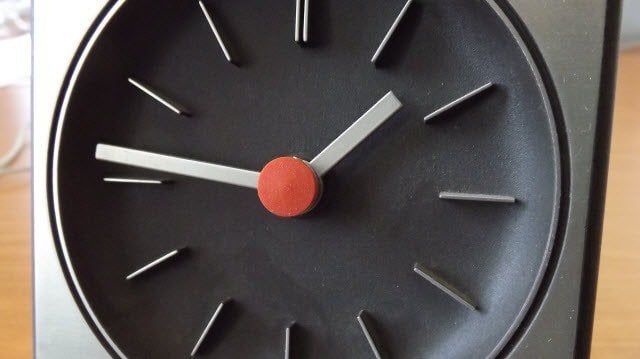 Would you like to know how many apps on the Android device you’re using? That is exactly what Frequency: App tracker does. Here’s a look.

If you’re curious to see what apps you’re using most on your Android device, or if you want to know what your child is doing with that tablet all day long, Frequency: App Usage Tracking is the app for you.

So, just install the app from the Google Play Store – the basic version is free and it should cover most users’ needs. The difference between the two  is that you have to start the free version after Android has booted (the paid one, which costs $0.99, starts by itself). The other perk of the paid version is that you can set its tracking accuracy – the better the tracking, the bigger the battery consumption. Apart from that, they’re identical.

After installing it, just let it run in the background, so it can gather some statistics on the apps you’re using. In no time, you’ll see a list looking like the image below. 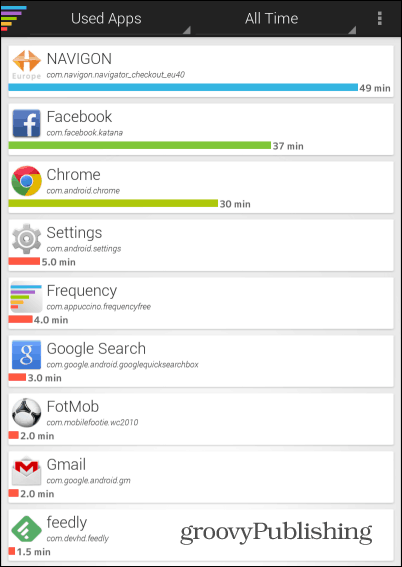 You have various displaying options at your disposal, each providing you with different stats. The first list, which starts with Used Apps, All Installed Apps, but also the No-Show list. 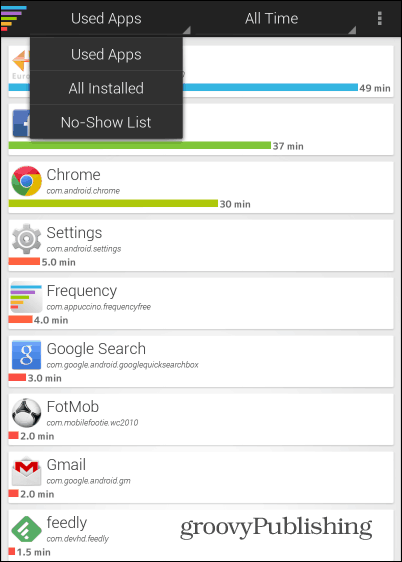 The latter includes the apps you don’t want to see all the time in the Used Apps statistics. To add an app to it, just tap it and hold your finger on it. A menu will appear, allowing you to do so. The same menu allows you to uninstall that app directly. 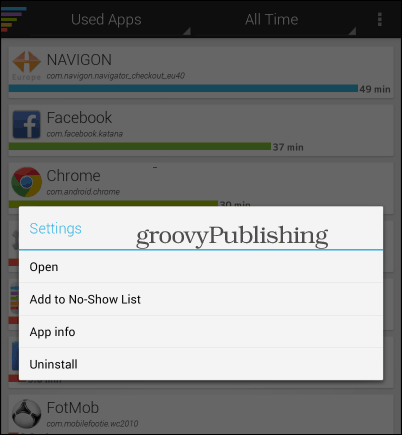 The other menu, which will show you All Time usage statistics by default, can also be used to show stats for the last three months, the last month, the last week, or just for today. 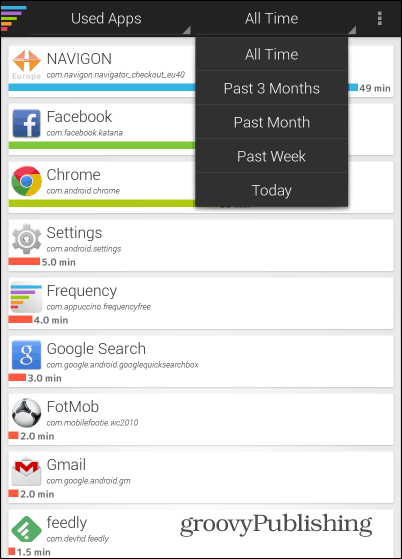 The app may be quite simple, but it does its job well, and can provide you with some interesting details. For example, if you notice that you’ve spent over four hours a day playing a game, you might have a bit of a problem…