The graphics in Give Up, Robot aren’t anything complicated or special.  None-the-less, they have an alluring value that sucks you in much like a 60’s disco party.  The music that plays in the background is pretty similar, and the computer voice that plays when you complete, or fail, each level only adds further to the ambience. 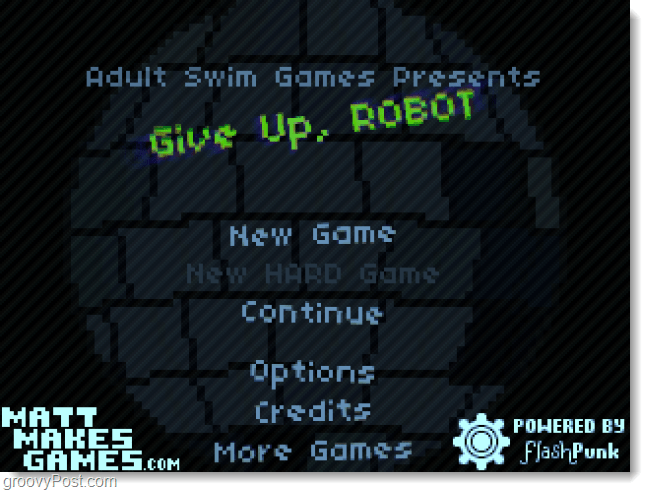 Each level is a basic puzzle, your goal is to get your robot character from one side of the screen to the other.  Sounds easy, right?  The first few levels will be tame, to give you a taste of the game, but as you progress things will intensify.  There will be moving platforms, electric walls, spinning blenders, and pits of death. 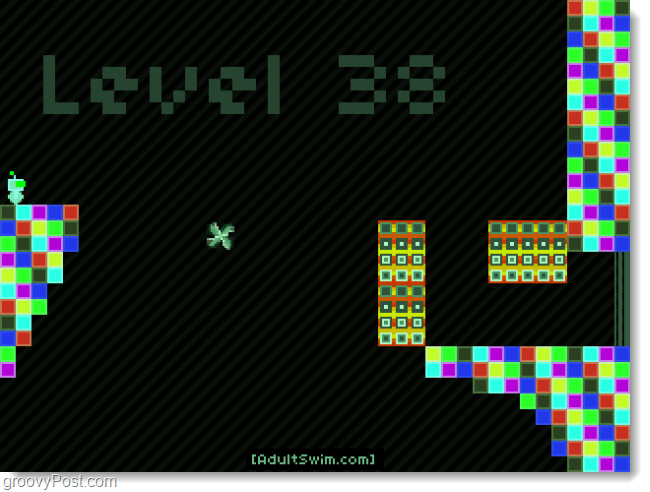 Should you make it across and complete the level, the background-computer-voice will tell you to “Give Up, Robot.”  On the other hand, if you fall to your doom or blow up in a myriad of other ways the computer-voice will give you encouragement saying things like “Good Job, Robot!”  Is it reverse psychology to keep you going?  Certainly the taunting of the computer voice is one of the key factors that kept me playing it through.  It also made losing not such a bad thing, I mean, who dislikes being taunted by encouragement 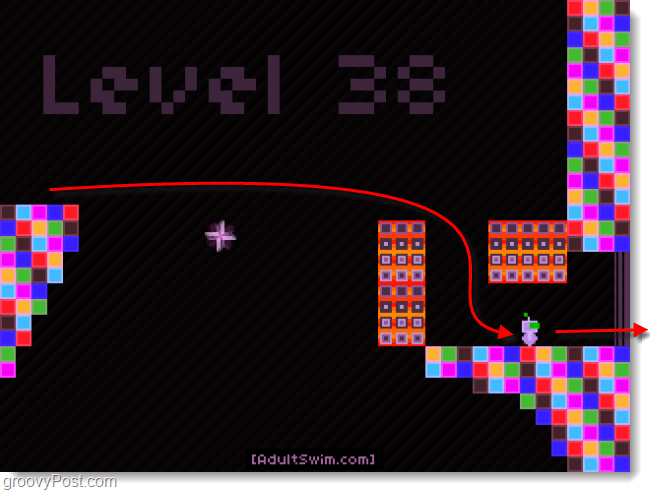 Give Up, Robot is a solid platforming time-waster.  Playing it certainly doesn’t accomplish anything, whatsoever, but you might have some fun.  Just be careful is you are prone to visually-caused seizures, this game has some funky colors flashing on the screen!