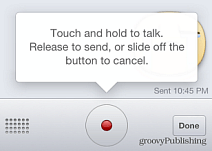 Facebook for Android and iOS has a cool feature that allows voice messaging to your friends. This comes in handy if your hands are full. Here’s how.

The Facebook Android and iOS apps have a Voice Messaging feature, which can be quite handy, especially when you want to get a message out but aren’t able to type. Here’s a look at how it works.

There might be times when you need to communicate something quickly to one of your Facebook friends but your hands are full or you’re driving. That’s what the voice messaging feature of the Facebook app does. First, here’s a look at it on Android.

Just go to the conversation you’re having with the contact and tap the plus button next to the messaging box.

The menu from which you can send stickers, photos and whatnot will come up. Tap the Record Voice button to start the feature. 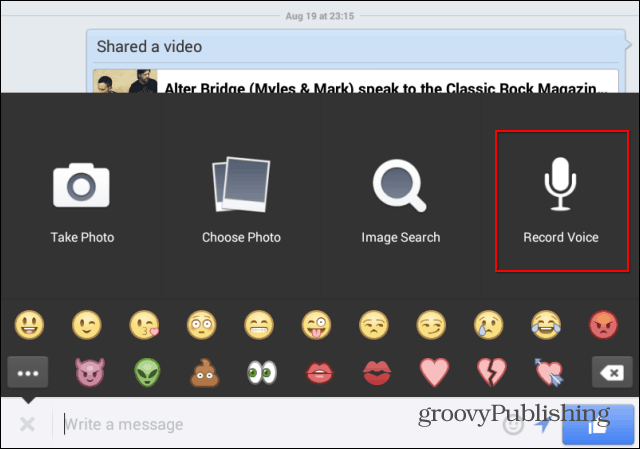 You’ll get the following screen, just tap and hold the red record button. The app will record for as long as you keep the button pressed. Once you release it, the recording will be sent over to your friend. Then, if you press the button again, you can record another message.

Your friend will receive the recording instantly, and will need to press the play button. The groovy thing is that your friend will be able to listen to your message on a computer or via the app which is convenient for both parties.

On your iOS device, launch Facebook and while having a conversation, tap the paperclip icon to the left of the message box. Then tap the emoticon button to bring up the record button. Just like with Android, hold it down while you record your message. 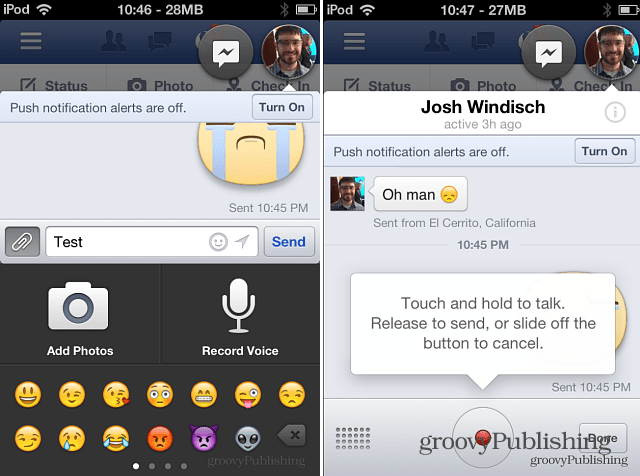 What’s your take? Have you used the voice messaging feature in the Facebook app? Or, do you just despise Facebook and have completely deleted your account.