The Facebook Shared Photo Albums feature is now available. It allows friends to share photos in one central album. Here’s how to create one and manage it.

The Facebook Shared Photo Albums feature is now available. It allows multiple users to manage the same shared photo album. Here’s how to use it and have all of those wedding or concert pictures in one place. 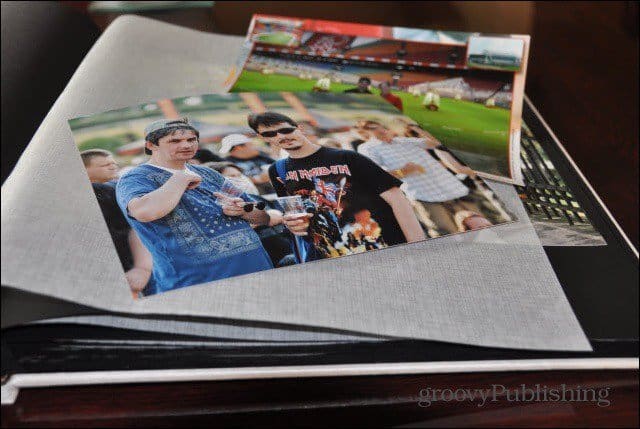 The new feature could be useful in a lot of situations. For example, a group of friends that went to a party could use it to upload all of the photos from the event in the same album, making them easier to view and share.

As an owner of the shared photo album, you have complete administrative control. You can always add and remove contributors (your friends) from the album. Contributors can add photos, tag them, and also add other contributors to the album — but only if you allow it. Contributors can only delete and edit photos they’ve uploaded themselves. Up to 50 contributors can be added to an album, with each one of them able to add up to 200 photos.

First, you create a Facebook photo album, the same way you always have. The new thing is that albums now have a “Make Shared Album” button at the top left side. 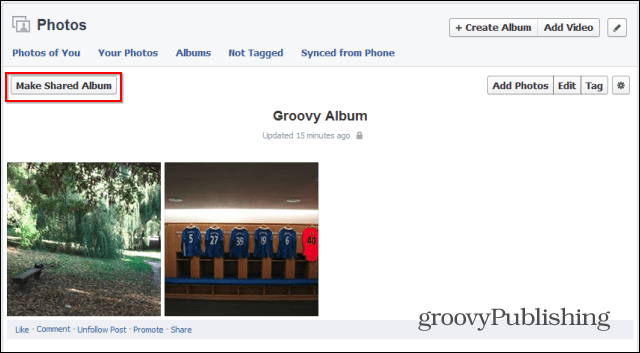 After that, select the privacy settings for the shared album. It can be viewed by Contributors Only, Friends of Contributors, or set as Public. Click Save after setting everything up. 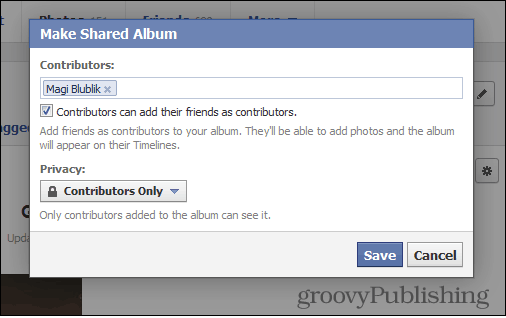 These settings are not set in stone – you can always click the Edit button of the album and change them later.

Your friends will get a notification about being added as a Contributor to the album, and a message that they can add photos to the album. The photos they add to the shared album will show up in their timeline too. 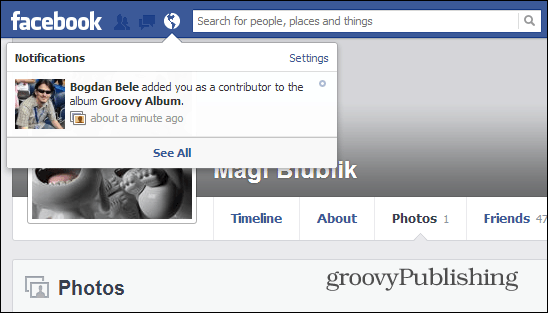 When your friends access the album, they’ll see an Add Contributors button on the top left side of it, allowing them to add some of their friends too. This is a good way to ensure that everyone who wants to share photos from an event can. 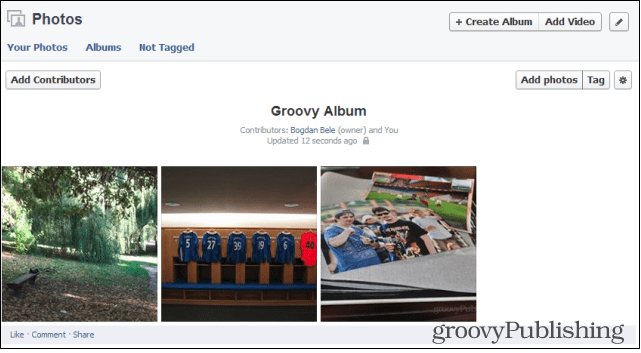 This new feature is fun to use and it allows a new level of interaction with friends. It’s a desktop-only feature for the moment, but considering the pace at which Facebook adds things to its mobile apps — Voice Messaging for example, I’d expect it on mobile soon.

This feature was created during a company endorsed hackathon that allows employees to set aside their normal work and dream up new features and put them to the test. The idea is actually similar to the Google+ Events that’s already part of the search giant’s social network. But it’s new to Facebook users, and how well it’s received remains to be seen.

Have you used the Shared Photo Albums on Facebook yet? Leave us a comment and let us know what you think about it.