Facebook has recently introduced a save feature, which allows you to save the posts you’re interested in for later viewing. Here’s a look at how it works.

The Facebook Save feature itself is similar to Pocket,but only for content on the popular social network, and it allows you to easily save links, places, music, books, movies and TV shows, which you can easily retrieve later on. The feature is available for users of the web version as well as Android, and iOS.

When you find a story that you find interesting in your feed on the desktop version of Facebook, just click the little arrow on the top right side and, in the menu which will appear, save it. 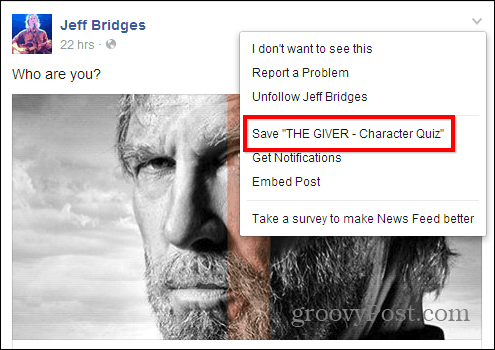 It’s very similar for the Android or iOS app, as seen below. 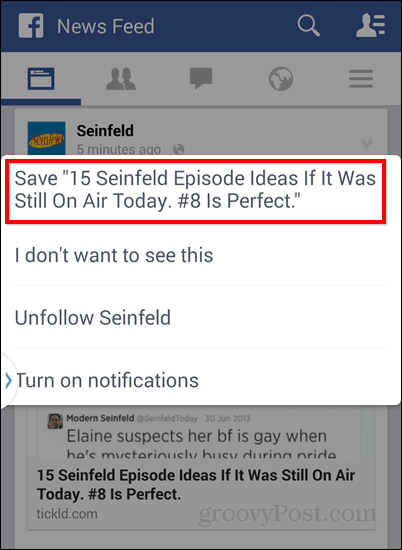 If you want to save a fan page such as a TV show or music artist on the desktop version, click the More button and find the option there.

As for the mobile version, you’ll find the button at the top of the page. 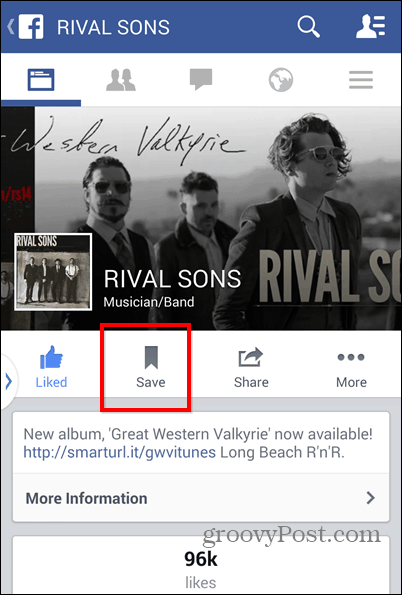 OK, so now you’ve saved some things. How do you retrieve them, though?

Well, in the desktop version, you can just click “Saved” in the toolbar on the left side of your News Feed. You can also write Saved in the search box at the top. It will take you to the same place. 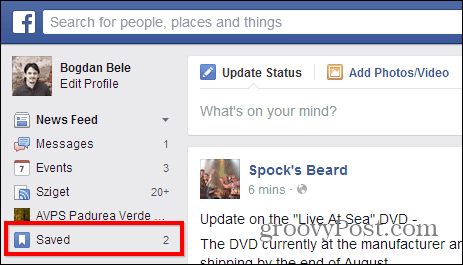 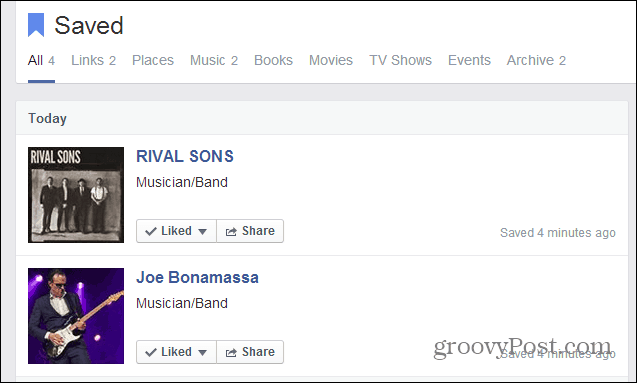 Now, if you want to access your saved items on the Facebook mobile app, be it on iOS or Android, just tap the More button — the  so-called “hamburger menu button” and tap Saved. 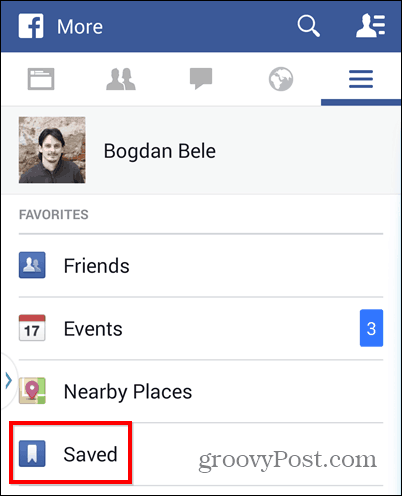 You’ll see that they are quite neatly organized here, too. 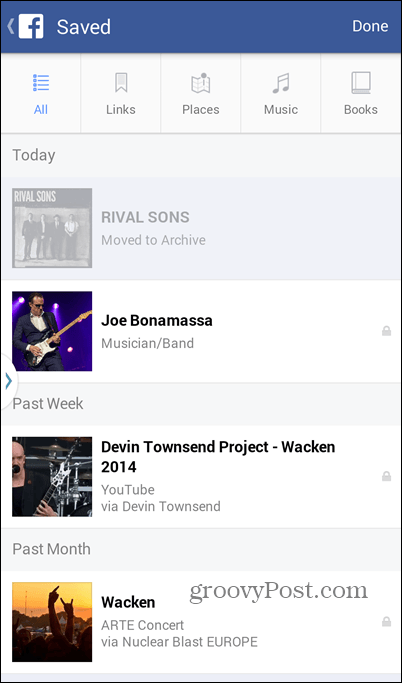 One more thing: you’re the only one with access to your list of saved items, so you needn’t worry about other people seeing it.