Facebook announced its Photo Sync feature in a press release over the weekend. Here’s how to use the service from you Android or iOS device.

Facebook has finally announced that the Photo Sync feature, which it has been in testing for a few months, will now be available to all of the social network’s users. The feature allows users to use Facebook as storage for their smartphone or tablet photos. 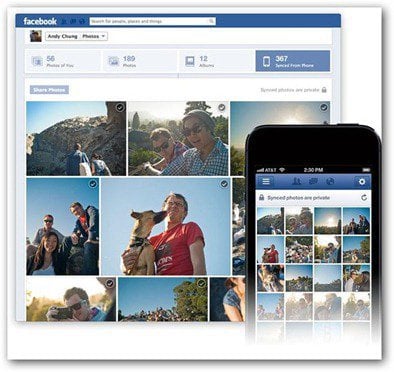 Facebook announced that it has rolled out the new feature, via a recent press release. It should already be available on your account.

It allows you to sync smartphone and tablet photos to your Facebook account. You get 2GB of space and photos are uploaded to a private album, from which you can decide whether you want to share them or not.

I’ve tried using it on both the Android and iOS apps. The screenshots below are of the Android app, but it works the same in the iOS app too.

On your device, go to your Profile in the Facebook app — tap the button on the top left side of the window and then tap your name at the top. 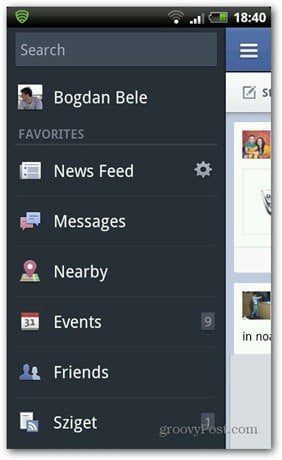 Next go to Photos. 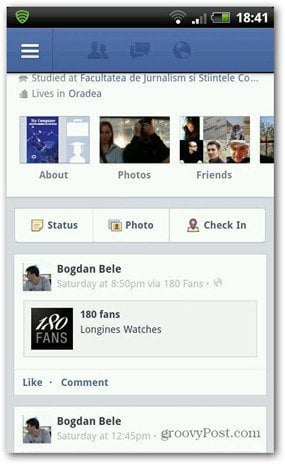 Once there, all you have to do is tap Synced. You’ll see that Sync is set to Off by default. 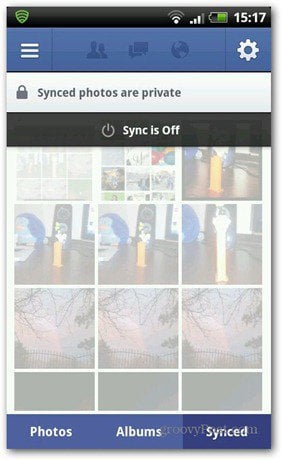 Now select whether you want to sync over Wifi or cellular — unlimited data plans would be best for this. To make sure you don’t get outlandish overage fees from your carrier, set it to WiFi only. 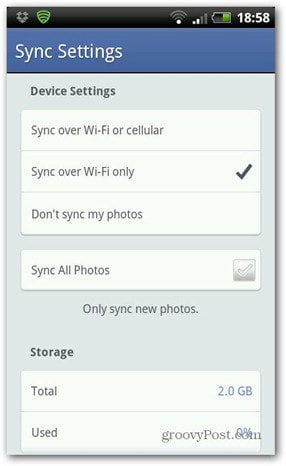 The only difference in the iOS version is that the Sync All Photos option is missing. 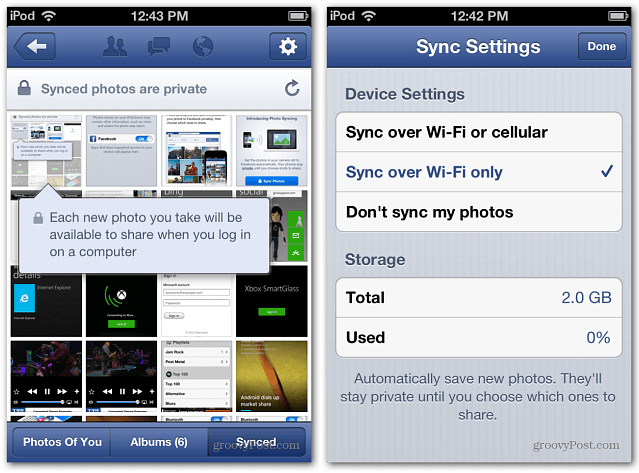 Now that photos are synced, how do you manage them? Just as easy.

Your photos are uploaded to a private folder by default. On your Facebook page, you’ll receive a notification every time photos are synced. Clicking that notification and you’re brought to the Synced folder. 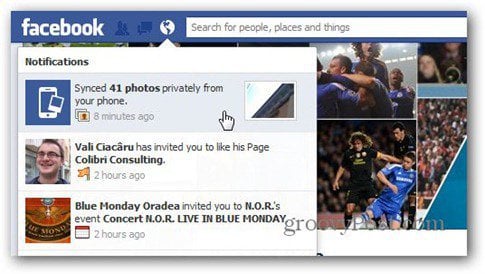 If you’ve missed the notification or you just want to share something from the folder, go to Photos in your Profile.

You’ll see a new link called “Synced from Phone” at the top. Click it and you’re there. This screen will allow you to select photos and then click to Create Post, delete them or Send them in a Message. If you click More, you’ll be able to create an album or add images to existing album. 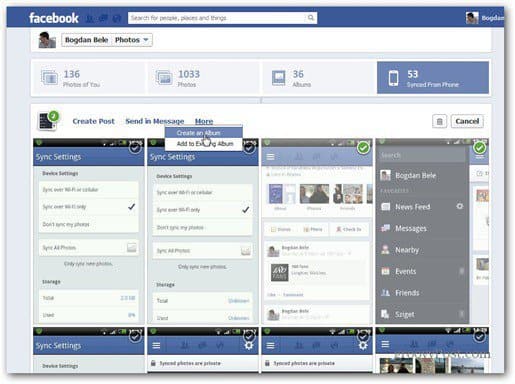 This is a groovy new feature, and is another way to save your photos online, even if you don’t share them out. When setting this up on your smartphone, make sure to be aware of the amount of photo’s that are being synced. After setting it up, it’ easy to forget all your photos are being synced via your data plan.

If you take a lot of pictures and don’t have an unlimited data plan, I recommend setting it to sync over WiFi only. Even if you do have an unlimited plan, you might run into a situation where you’re bandwidth is being throttled after uploading a large amount of photos.