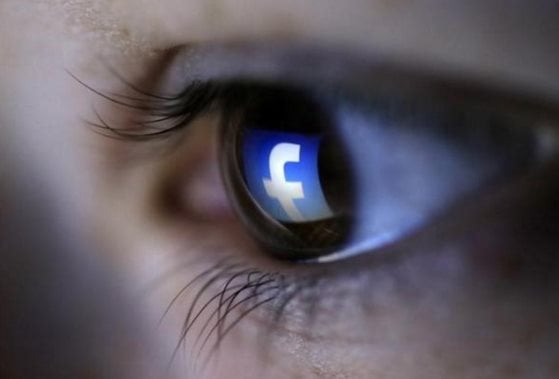 Facebook has rolled out new security and privacy feature for its dedicated mobile messaging app, Messenger: Secret Conversations. Secret Conversations are end-to-end encrypted conversations that can only be read on the recipient’s phone or mobile device. That is, a hacker or spy can’t intercept them. You can even set them to expire after a certain amount of time.

This feature is welcome and perhaps overdue for Facebook’s mainline messaging app. WhatsApp and Instagram (both owned by Facebook), for example, already have encryption and multi-factor authentication. It’s about time that Facebook implemented this feature directly into Messenger, which more and more users are turning to for daily communications instead of text or email. Secret Conversations add one more compelling reason to use Messenger instead of SMS or other unencrypted methods.

Enabling Secret Conversations in Facebook Messenger is easy. Read on to find out how to do it.

First, check your platform app store to ensure you have the latest version of Messenger installed. After doing that, launch Facebook Messenger and start a conversation with any of your contacts. Tap the contact’s name at the top of the discussion. 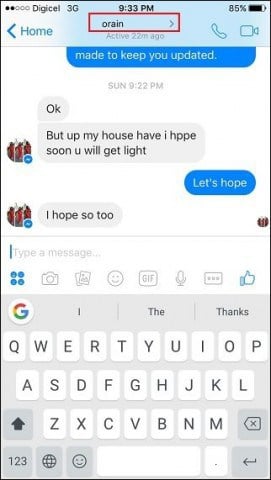 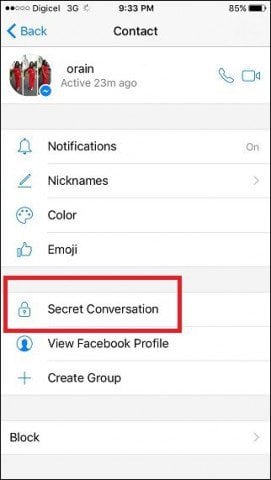 That’s it. All communications from here on are now encrypted, as indicated by the lock emblem on the user’s profile picture. 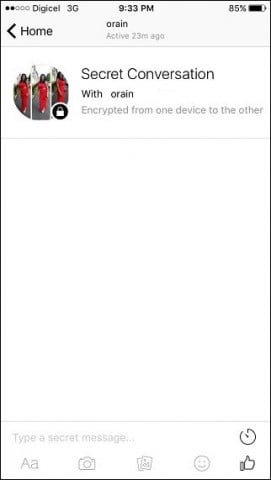 If you want to take it a bit further, you can even set the communication to expire. Just tap the time icon, then choose how long you want the text to be kept. After the text expires, it’ll automatically be deleted from the conversation.

End-to-end encryption means that when you send a message, it will only be readable by the device that sends it and the device that it’s intended for. When you start a Secret Conversation, an encryption key is created and saved on both devices. The key on your device has to match the key on the other device to read the message. This process all happens automatically behind the scenes. Still, it does mean that you won’t be able to read your Secret Conversations on a desktop computer or another device after the fact.

This also means that there are some obvious limitations to Facebook Secret Conversations. For example, nothing stops the other user from taking a screenshot of the conversation or copying and pasting it into another app.

According to Facebook’s documentation, Facebook staff and developers can’t read your Secret Conversations either. However, if you want to report a message, the message is decrypted and forwarded to Facebook’s abuse team.

Secret Conversations on Facebook Messenger are easy to use and relatively secure. Amidst the litany of privacy and security issues that swirl around Facebook and its properties, the ability to send end-to-end encrypted messages that are protected even from Facebook itself is a welcome feature. In addition, messenger is a cross-platform messaging app that you’re probably using already, which makes Secret Conversations convenient as well as effective.

This does not, however, represent an overall shift in Facebook’s personal information gathering stance. Gathering data from its users remains the cornerstone of Facebook’s business model. In addition, by offering encrypted messaging in its native Messenger app, Facebook ensures that users continue to rely on its platform for day-to-day communication for personal or business use.

Don’t get us wrong—we trust that Facebook’s Secret Conversations are actually secure. Just remain informed about how Facebook continues to use your personal information. If you truly want to keep Facebook out of your life, there’s only one way: permanently delete your Facebook account.