This overhaul of File Explorer is a long ways from release, but you can get a sneak preview right now.

Since the release of Windows 8 in 2012, Microsoft has been transitioning its applications and operating system to a clean, fast, and modern look and feel. The intent can be seen when comparing universal apps, which are designed for consistency across all devices (desktop, tablet, phone, etc.), and classic apps, which are based on the familiar win32 app model.  Parts of the Windows operating system have also been making the transition. You’ll notice that the Windows Settings application in Windows 10 feels starkly different from the classic Control Panel.

One of the last holdouts in the transition from classic app to the new modern look and feel is  File Explorer. While the file manager has seen a number of new features over the years, it’s still based on the legacy win32.  This is likely because File Explorer is so integral to the Windows experience—in fact, you may not even consider it an application (though it is).  But change is coming to File Explorer nonetheless. If you’d like a sneak peek at what Microsoft has in store for File Explorer, you can check it out in Windows 10 Creators Update.

Before we dive in, take note: this modern file explorer shell is still in its early days. The progress is surprisingly far ahead, with many of the basics in place. Just don’t expect it replace File Explorer anytime soon. 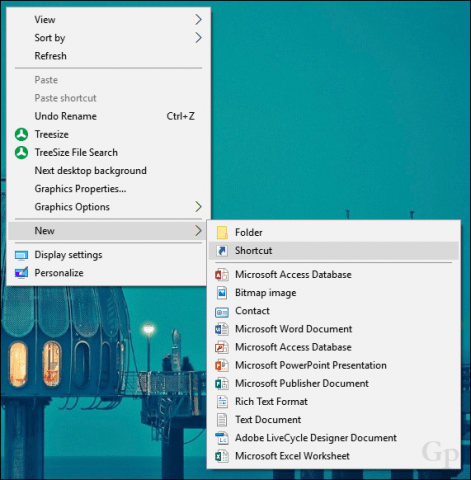 Copy and paste the following value into the Type the location of the item: field: 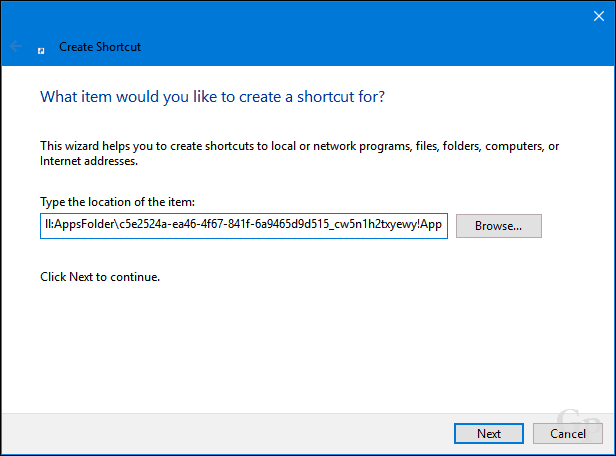 Click Next, name the shortcut then click Finish. I called mine UWP Explorer since it seemed fitting. 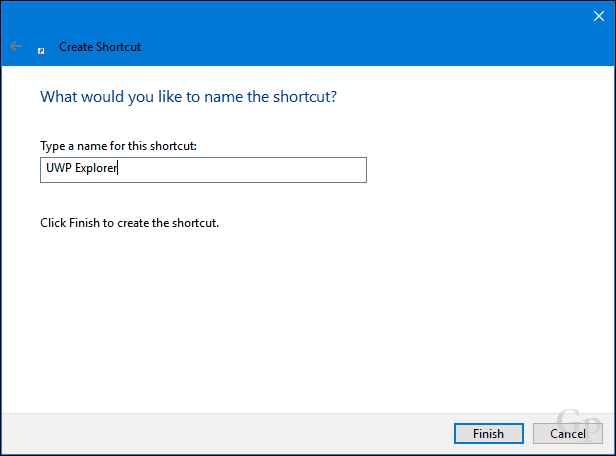 The modern File Explorer is very basic in features and functionality. Don’t expect functionality like the ability to launch multiple windows. Some other features like file permissions are incomplete, but they are being worked on. Other features like invert selection, mounting an ISO and views, drag and drop, copy path, previews, and history are not there yet. You can view files as tiles or a list and the interface is obviously touch-friendly. 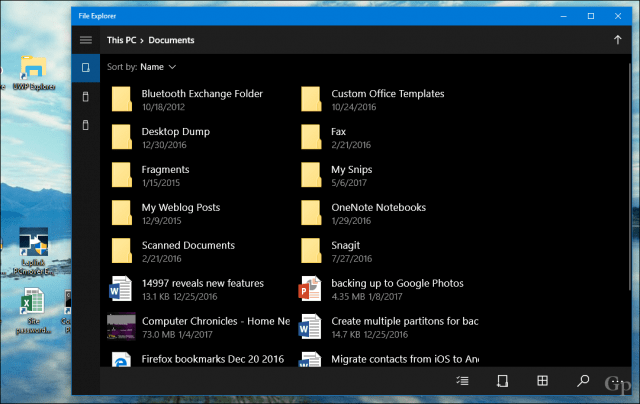 Other functions include selections, search, properties, refresh, and new folder. Commands such as deleting, copying, and sharing are also available. 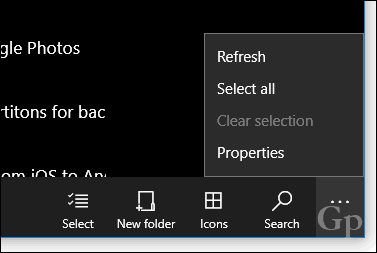 You can also perform an instant search, which works well.

The modern File Explorer is single-task oriented for now, but I hope this changes by the time Microsoft is ready to enable it. A tabbed interface would also benefit the new UI well. 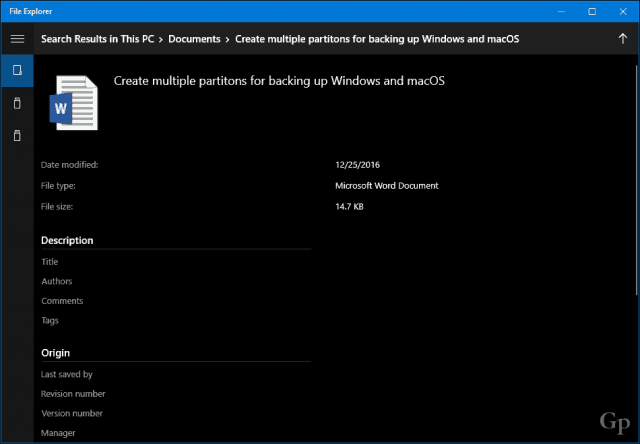 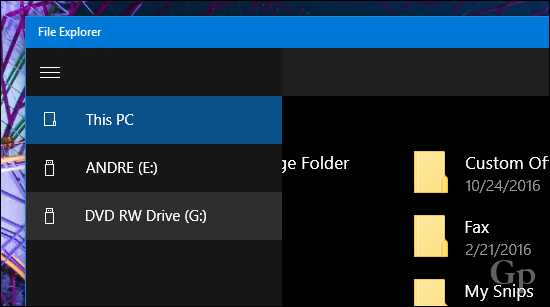 It’s long overdue and it’s welcome to see that Microsoft is at least working on a successor to complete its transition from its legacy desktop environment. When are we likely to see this? It’s hard to tell but based on what we have seen so far, its still in the early days. Windows 10 Redstone 3 or what will officially be known as Windows 10 1709 will launch in September. That’s not too long from now. So, it is likely Microsoft will push out development until a future release or perhaps make both coexist then phase out the old File Explorer over time.

If you get the chance, check out the UWP File Explorer and tell us what you think of it.