Windows 8 includes a hidden so called Power User context menu that contains shortcuts to system tools. Here’s a geeky trick to edit items on the menu.

Windows 8 includes a hidden so called Power User Menu that makes it easier to access system tools that administrators and power users need. Here’s a geeky trick that lets you do some limited customizing to it by reordering items on the menu and deleting things you don’t need.

What is the Windows 8 Power User Menu?

To my knowledge Microsoft doesn’t have an official name for this hidden context menu. And maybe that’s for the best considering the company’s horrible record of naming conventions.

This menu makes it easy to access system tools from the Desktop or Start screen. Just hit Windows Key + X on your keyboard or hover the mouse in the lower left corner of the screen, and right click the Start tile that pops up. It contains the important things that admins and power users need, like the Command Prompt, Device Manager and Event Viewer. 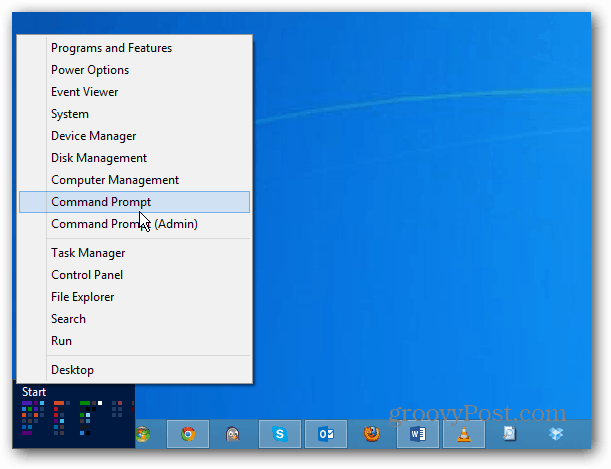 The groovy part is you can make it even more useful by changing the order of how locations appear and delete ones you don’t use. 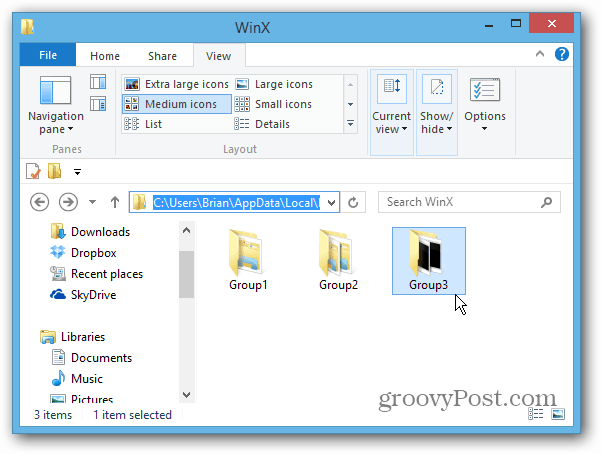 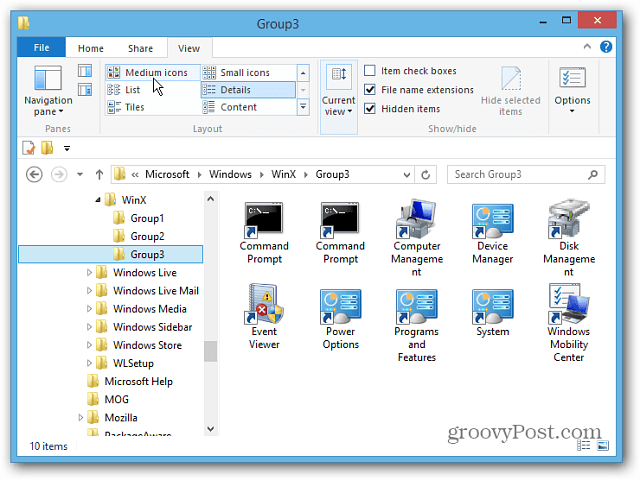 Now you’ll be able to customize the power menu to your liking. For instance here I copied a shortcut from Group2 and Group3 into the Group1 folder. 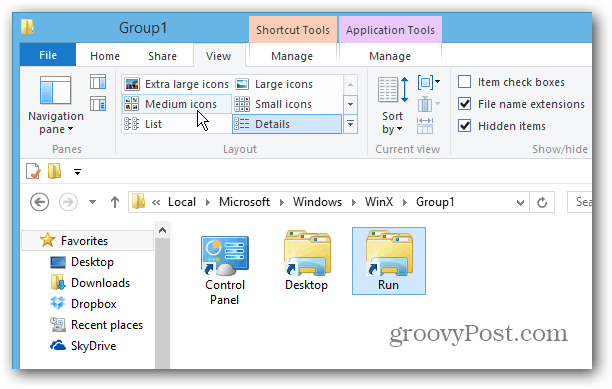 Note: You need to logoff and back on again to see changes to the menu.

So the result is those two icons – Control Panel and Run – displaying at the bottom of the menu. 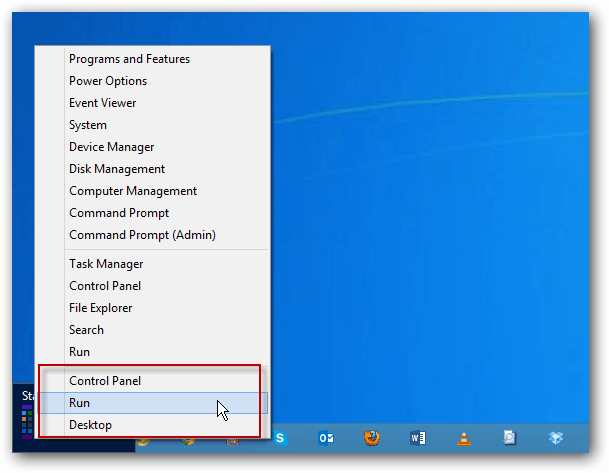 I’ve tried adding shortcuts to other programs and locations, but it seems you’re only able to use the shortcuts that map to the pre-set locations on the menu. But I was able to add a Group4 folder and copy different shortcuts into it. I also tried to add a Group 5, but that didn’t display.

Here’s another example of where I deleted all the shortcuts in Group2 except of Command Prompt, and I added a fourth group. Some of the items are obviously doubled up, but with some more time and tweaking, you can make it your own. 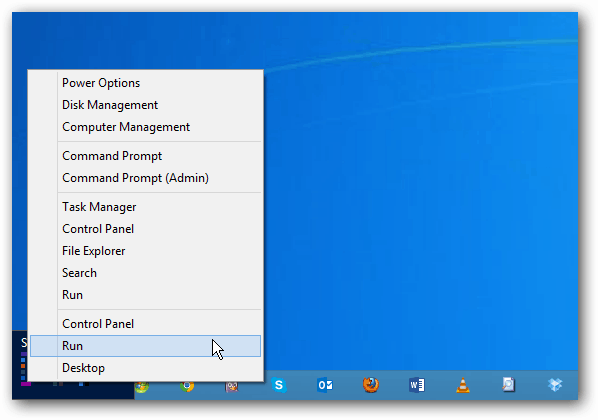 There’s some interesting edits you can do with this trick. Maybe put all of the items you use the most at the bottom, and lesser used items at the top? Or you could double up on shortcuts with four groups.

I’m thinking you might be able to go into the properties of a shortcut in a Group folder, change its target, then change its icon too. But I haven’t gotten that far to test it out yet. If you’ve tried this and know of a way to add shortcuts other than what is pre-set, leave me a comment or shoot me an email!