We’re always looking for ways to help you get free Dropbox space, and with the launch of a new photo sharing feature, here’s a groovy way to get a free 3Gigs of space.

Dropbox sure seems to be in the giving mood recently with yet another new feature which if you leverage will land ya 3GB of additional free space. The feature just went live and it allows you to automatically upload photos or videos from an SD card or mobile phone. Not a huge surprise for two reasons: Both Google and Microsoft just launched new cloud storage apps, and back in February, Dropbox announced a new photo features were en route. If you were lucky enough to be selected for beta testing you might be already using it.

Here’s how it works:

So how do you get started?

Connect your photo-filled camera, phone, or SD card to your computer and select Import pictures and videos from the autoplay options. If it isn’t appearing, you can adjust it with the Configure AutoPlay Settings button in Dropbox Preferences. 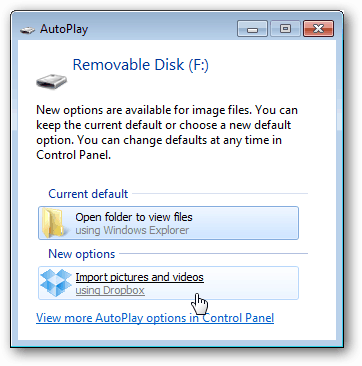 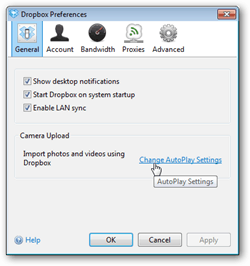 The Dropbox Camera Upload window will appear. Check whether or not you want it to work automatically, and then click Start import. 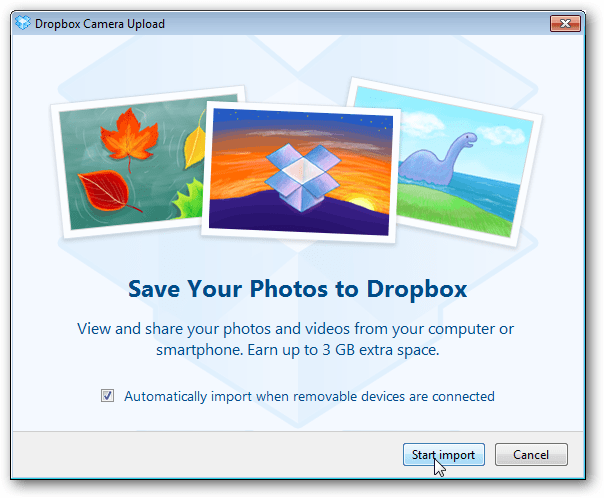 There isn’t any special screen or window for Camera Uploads, but if you hover over system tray, the Dropbox icon will change to a camera and say Importing photos rather than the traditional syncing message. 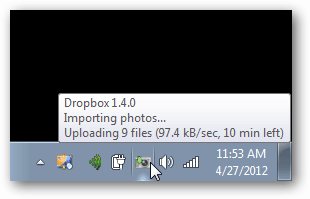 Photos uploaded to Dropbox through this feature will be stored in a new Camera Uploads folder. As long as you don’t delete anything or manually move files into this folder you can use it’s current size to track how much you’ve uploaded and how much free space you should be receiving.

That’s all. 2-click Sharing works just like it should from this folder, so this is another great way to send galleries to family and friends. And as a bonus, if you were in the beta that tests out this Dropbox feature, you can gain an extra 2GB of space by uploading photos in addition to the 3GB everyone else gets, totaling 5GB of extra free space. Very groovy indeed.