Back in August Google added collaboration to the Picasa Web Apps/Google Sites.  This update was a relief to people working on photo projects and groups/families wanting to collaborate and share photos.  The downside however with this (seldom used) new feature is that users were forced to use the web apps or Google Sites if they wanted to collaborate. Unfortunately, Google Sites just isn’t the most intuitive app to setup and get going.

IMOP, Google jumped the gun and launched the feature before it was ready for their primary application Google Picasa Web Albums.  Finally, with the Picasa 3.6 update, Google has enabled users to collaborate from the Picasa desktop platform.  There are a few other goodies included in the patch; let’s take a look.

If you go looking for the feature, it may be hard to find at first.  The same old Upload to Picasa Web Albums button remains; however this is where you’ll find several new features. 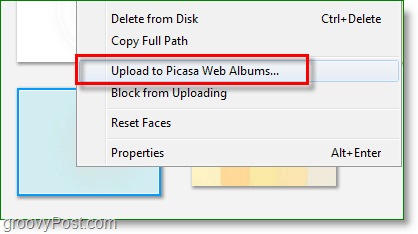 Google has changed things around a bit, and you can now upload photos in their original size.  Previously we were limited to images of 1600 pixels or smaller.  Picasa now allows you to share your pictures via web albums directly through the upload page.  You can select entire groups or individual contacts that you would like to give access.  You also have the ability to contribute to their photos and details. 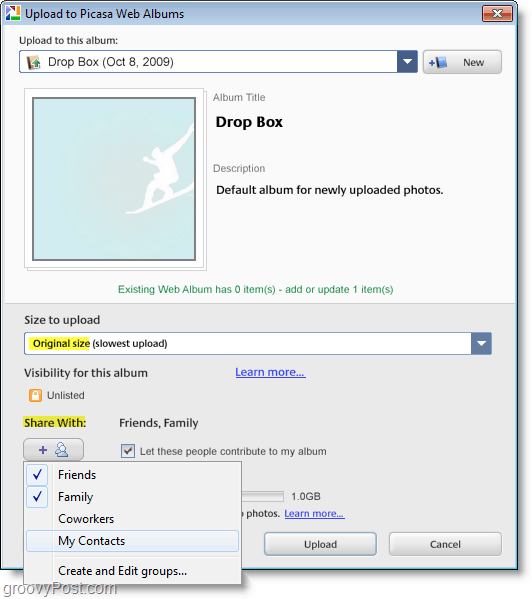 Once you’re invited to become a contributor, you can quickly add to other peoples’ web albums now too.  When selecting an album, you’ll see the option to Contribute to a friend’s album.  From there you’ll see all the folders your contact has granted you rights to contribute to, and you can pick which one to send your photos. 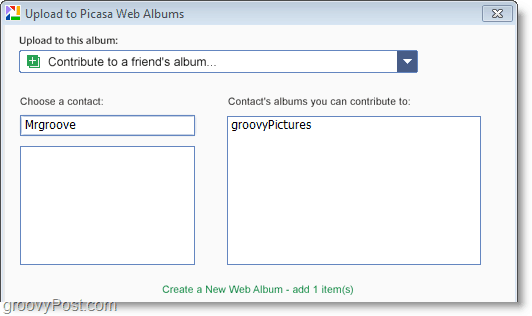 Another update to Google Picasa was closing up a huge annoyance with Picasa facial scanner.  Having a program automatically go through all of your photos and tag their faces can be a real invasion of privacy.  For some, it’s a good feature, but there was never an option to turn it off.  With the 3.6 update, you can now disable the auto-Face Detector from the Folder Manager.  Granted, using Facial recognition for your private collection is one thing, but if you’re collaborating with friends on a public site, this is something I REALLY don’t want to be enabled. 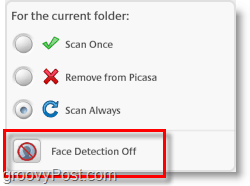 If you’re building a photo-set and none of the preset sizes work you’re in a real pickle. Until now!  With the 3.6 update, you can assign custom aspect ratios to the crop tool to make it easier for editing multiple photos with the same dimensions. 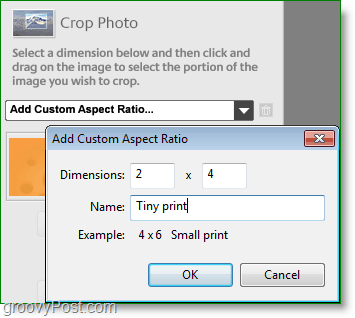 I noticed a few other upgrades and improvements; there were some fairly significant improvements in Facial Tagging.  Although I’m not a fan of using faces on public sites, at home it’s a good way of quickly tag my photos.  Picasa 3.6 not only finds faces with more accuracy, but now they will suggest a person once you click on the Add a name Box if Picasa has a close match.

Regarding the Updates from Google:

Geotag your photos with Google Maps — Quickly add geotags using the newly integrated Google Maps. Click the Places button and drag your photos to the location where you took them. Of course, you can still use Google Earth to tag or view photos if you prefer. Learn more

Import, upload, and share, all at once — We’ve improved the import process so that you can star your favorites, upload to Picasa Web Albums, and share with Google contact groups at the same time. Learn more

That covers the 3.6 update of Google Picasa.  Did you notice something new I forgot to mention?  Drop a note in the comments!