You might have originally purchased your Apple TV 4K solely for its 4K capabilities. Stay for Dolby Atmos and Dolby Vision.

If the Apple TV 4K had arrived a year earlier, its most important feature might have been considered cutting-edge. However, when the iPhone maker’s fifth-generation set-top box launched in September 2017, 4K televisions were already making their way into the mainstream. And yet, I’d argue the Apple TV 4K was, and is, still a forward-looking device at least when it comes to Dolby integration, as you’ll see below.

I purchased my current Apple TV when it first came on the market. Like many buyers, I bought the device to take advantage of the 2160p output that worked perfectly on my first 4K television. Recently, I decided to purchase a 2020 LG OLED to push my home entertainment to a fun new level. Among its many impressive features, the 55-inch TV is the first in my home to support Dolby Atmos and Dolby Vision, features that are also on the Apple TV 4K. 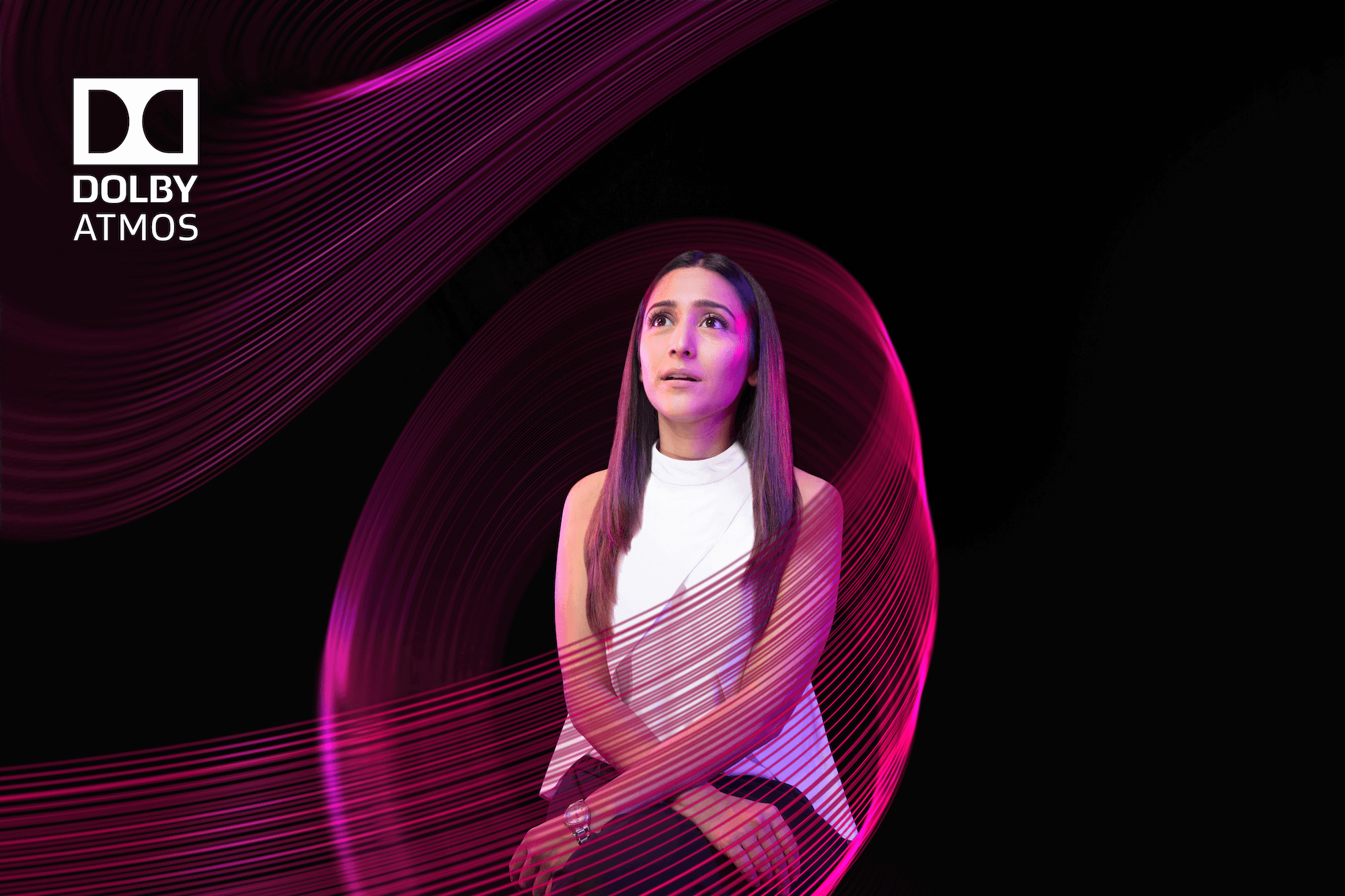 For me, Dolby always meant fantastic sound in a movie theater. Beyond this, I was in the dark as to what Dolby could provide in my living room.

Dolby Atmos consists of a suite of technologies that makes audio more immersive. Not surprisingly, Dolby Atmos was first introduced in theaters in 2012 in Disney’s Brave.

Combine Apple TV 4K with a Dolby Atmos–compatible sound system and you’re fully immersed in three-dimensional audio that sends sound around and above you with pinpoint precision. Whether a jet zooms overhead or a torrential downpour erupts, the true-to-life sound puts you inside the action. And as the first streaming player to be both Dolby Vision and Dolby Atmos certified, Apple TV 4K brings home the complete cinematic experience.

Dolby Labs says with Dolby Atmos, “sound has never sounded this good. Feel a deeper connection to the stories and music you love with the sound that moves all around you with breathtaking realism.”

Using words, the best way I can think to describe Dolby Atmos is to envision a flock of birds traveling in the sky behind you, then making their way above before moving forward. On the journey, the flock’s sounds move accordingly based on where you sit, first from the back of your head, then slowly to the top, then forward, before extinguishing.

Besides televisions and set-top boxes, Dolby Atmos is found through music and video gaming. 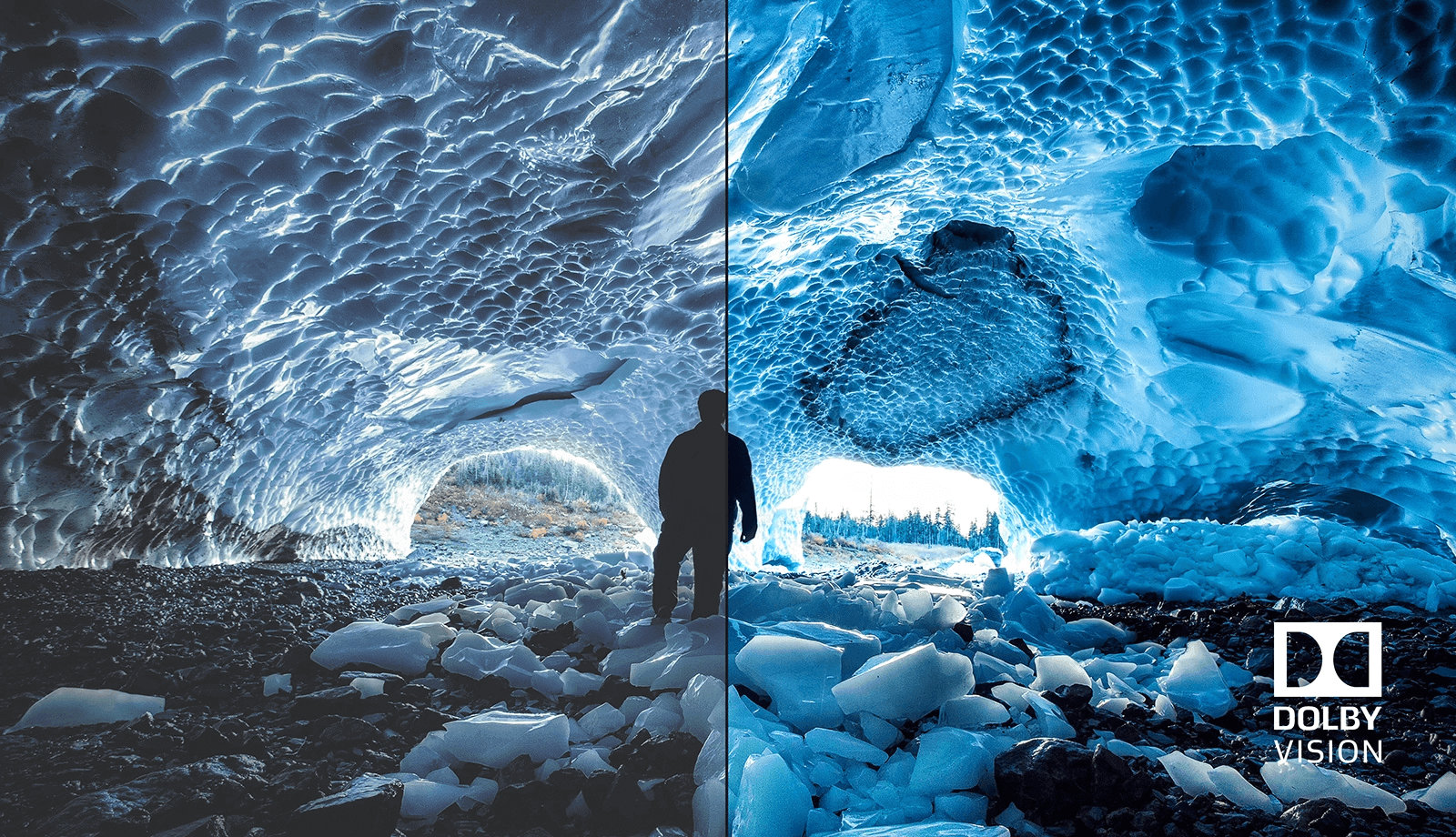 By contrast, Dolby Vision has to do with video processing, supporting both high dynamic range (HDR) and wide color gamut. You’ll find Dolby Vision across multiple industries and platforms, include televisions, monitors, mobile devices, and theater. With Dolby Vision, critical components on the screen pop in ways you’ve never seen them before. Among these are the colors, contrast, and brightness of the display.

Open your eyes to remarkable picture quality. Let yourself be fully transported into the story, experiencing colors you’ve never seen on a screen, along with brighter brights and darker darks.

Experiencing Dolby Atmos and Dolby Vision and a Final Note

To bring Dolby Atmos and Dolby Vision into your home, you first need a television that supports it. Many (but not all) of the current televisions from LG, TCL, Samsung, Sony, and Vizio support Dolby. I would also recommend a Dolby Atmos-supported soundbar, although these are still very expensive. I’ve been eyeing the new Sonos Arc, although one probably won’t find a place in my home for a while because of the steep price.

Not everything on Apple TV 4K supports Dolby Atmos and Dolby Vision. However, most of the newest film content does. Supported content is marked accordingly. You can also take advantage of supported content in many of the most popular Apple TV apps. These include Netflix, Disney Plus, Vudu, and many more.

You might have originally purchased your Apple TV 4K solely for its 4K capabilities. Stay for Dolby Atmos and Dolby Vision. Though your current television might not support the technologies, most of the newer ones do. When you’re in the market for a new television, get ready for a fun, new adventure that goes beyond 4K. Enjoy!