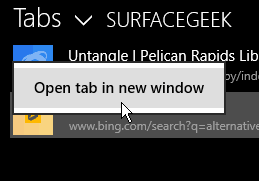 Microsoft has improved viewing modern apps on the same screen. But something that’s not obvious is how to display two modern IE 11 screens side-by-side.

One of the cool things in Windows 8.1 is the ability to snap the new modern (metro-style) apps next to each other on the same screen.  It’s been much improved over the first iteration in Windows 8 which only allowed a 75 / 25 style screen split.

One thing that’s not obvious with it though is how to display two modern IE 11 screens side-by-side. Here’s how it’s done.

When you open a modern app by default it opens full screen. 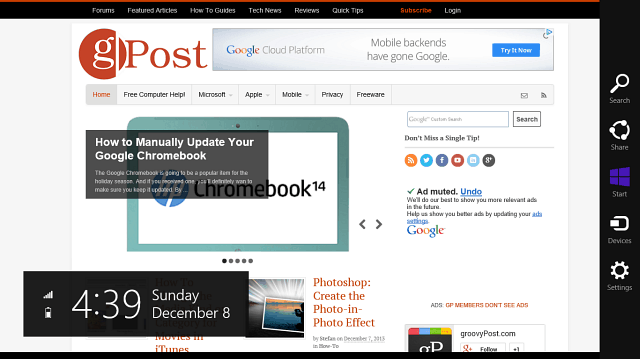 Once it’s up and running, launch swipe it down and to the left or right side of the screen to snap it in pace. Or if you’re on a traditional computer just use the mouse for the same motions. 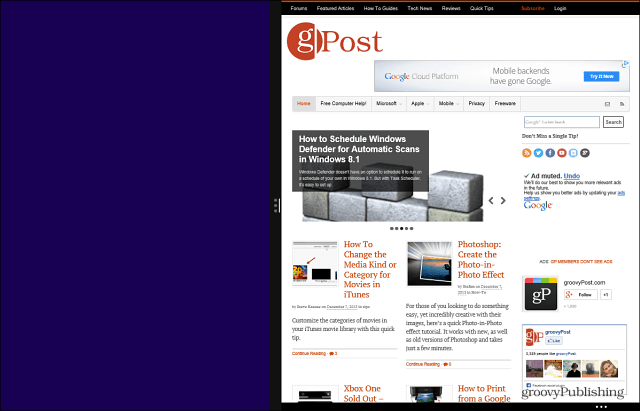 Next comes the “secret” … Swipe up from the bottom of the screen to display synced Tabs. Then long press the screen you want to open and select Open Tab or Window.

That’s all there is to it, now you have to modern versions of IE 11 running on the same screen. 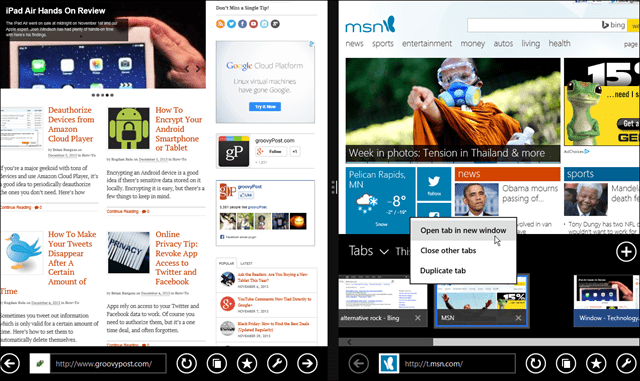 Another thing you can do is long press a story link, and at the bottom you’ll see an option to open in a new window…just tap that to display them side-by-side.

This is especially helpful when you’re doping research and need to have two pages up for comparison. 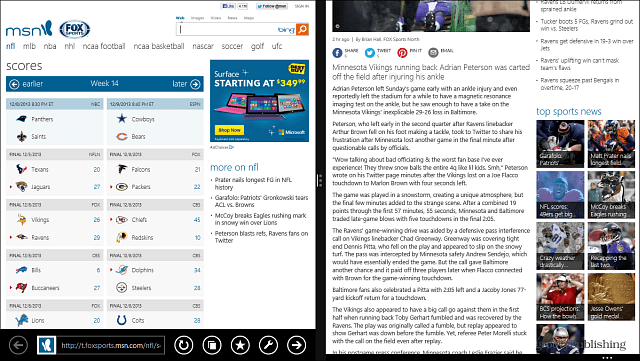 Obviously this works best for the modern version of IE 11 on a touch device like the Surface. If you were using Internet Explorer on the desktop you would just use the Aero Snap feature that was introduced in Windows 7.