Disney dropped a new trailer for the all-animated “Diary of a Wimpy Kid: Rodrick Rules,” premiering on December 2nd.

Disney is releasing a new original movie, “Diary of a Wimpy Kid: Rodrick Rules,” that will stream exclusively on Disney Plus. The film’s original song, “Can You Smell Us Now,” is performed by Jimmy Tatro that’s also available.

Diary of a Wimpy Kid: Rodrick Rules is an all-animated movie based on the second book in Jeff Kinney’s popular book series and premieres on December 2nd on Disney Plus.

Disney dropped a trailer (shown below) and key art for “Diary of a Wimpy Kid: Roderick Rules,” which is a fully animated film based on Jeff Kinney’s popular book series.

Diary of a #WimpyKid: Rodrick Rules, an all-new Original movie is streaming this December 2 exclusively on @DisneyPlus. pic.twitter.com/AXeelQd7a1

The movie’s main theme song, “Can You Smell Us Now,” was written and produced Jon Levine with lyrics by Jeff Kinney. The actual song is performed by artist Jimmy Tatro.

Ensure to gather your kids in front of the screen on December 2nd for the film’s premiere.

The story focuses on the riotous antics of angst-ridden and disaster-prone middle school student Greg Heffley. It follows him around with his complicated relationship with his older spikey-haired brother Rodrick.

Roderick is lazy and undisciplined and spends too much time practicing with his rock band Löded Diper. While Roderick loves to torment Greg, he has a deep affection for his younger brother. 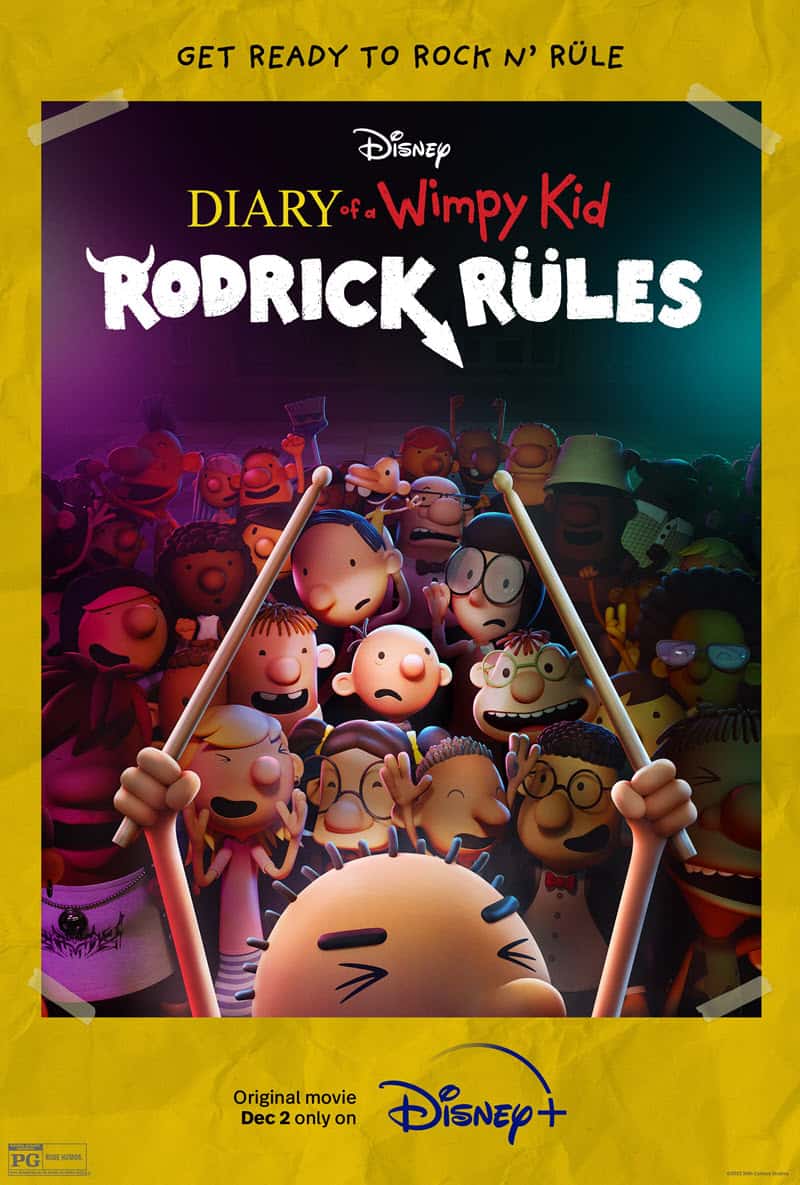 Get Disney Plus Today

In addition to family fun movies like “Diary of a Wimpy Kid: Rodrick Rules” and other Disney and Pixar classics, Disney Plus is your home for all things Marvel (MCU), Star Wars, and National Geographic programs.

If you’re new to Disney Plus, it’s worth noting some of the Marvel shows are aimed at adults. However, the good news is you can set up parental controls on Disney Plus. If you’re taking a trip and want Disney content, you can download shows for offline viewing.