Windows 10 allows its built-in apps downloaded from the store to run in the background by default. Here’s how to disable them.

On Windows 10 Microsoft’s built-in apps and apps downloaded from the Microsoft Store run in the background by default. This can be handy if you want to stay current and get notifications from apps like Twitter or the Mail app. It also lets the apps update in the background.

However, there are also certain disadvantages apps running in the background. If you’re on a laptop or other Windows 10 device like a Microsoft Surface, you might want to disable non-essential apps from running to save battery juice.

Another reason to turn them off would be if you’re on a cellular connection. You don’t need apps that you’re not using eating away at your data plan. Or, you just might find too many app notifications annoying. Whatever the reason, you can stop them from running in the background. Here’s how.

Allow or Disable Windows 10 Apps from Running in the Background

Turning them off is simple, as long as you know where to look. Head to Start > Settings > Privacy and scroll down the left-hand column and click on Background apps. 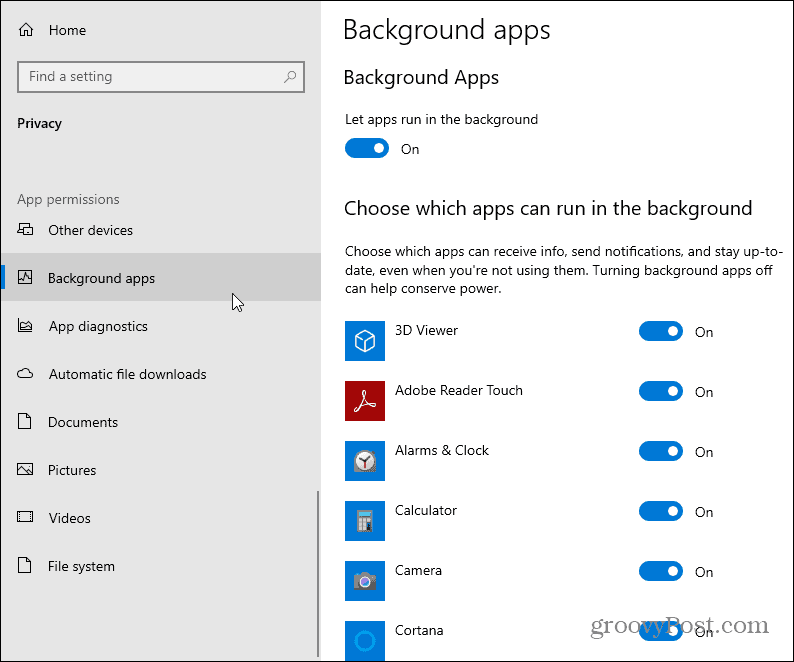 From here you have a couple of different ways to go. You can take the nuclear approach and stop all installed apps from running in the background. At the top of the right-hand panel under “Let apps run in the background” toggle the switch off. 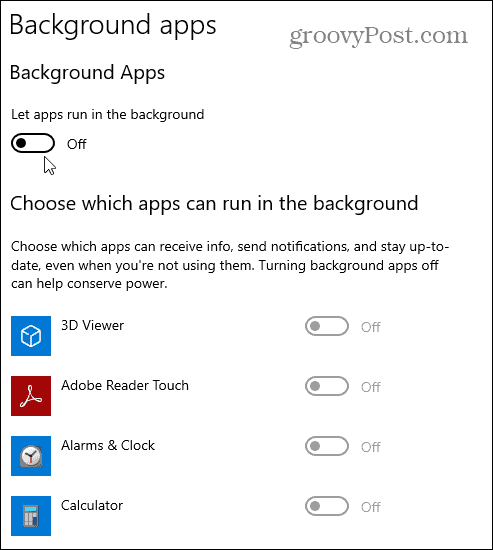 For example, maybe you want to keep the Mail and Calendar app updating in the background so you get your messages. Then to save power you can turn off non-essential apps like Microsoft News, Weather, and others. 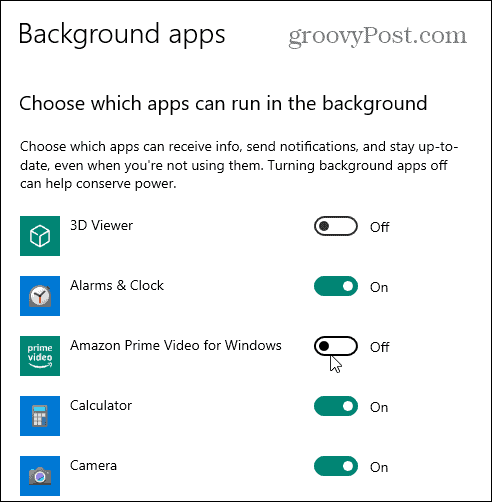 Using this in conjunction with disabling startup apps in Windows 10 can make for a better overall user experience. Especially while you’re on the go and using a laptop or other device.

If you are still running Windows 7 (which is no longer supported) check out how to disable startup apps. And if happen to be one of the few running Windows 8.1 read our article: Stop Windows 8 Apps from Running in Background.