Tired of videos automatically playing in apps on your iPhone? Learn how to disable video autoplay in the App Store and other iOS apps.

Several apps on your iPhone and iPad automatically play videos by default. You might find this helpful sometimes to see how an app works or what it looks like in the App Store, or if you were planning on watching videos related to the one you just watched in the YouTube app anyway.

But videos that automatically play can also be distracting and annoying. And cause your battery to drain faster and unplanned data and bandwidth usage.

The video autoplay feature in the App Store, and the ability to turn it off, is only available on iOS 11.

To turn off video autoplay in the App Store, tap Settings on your Home screen. 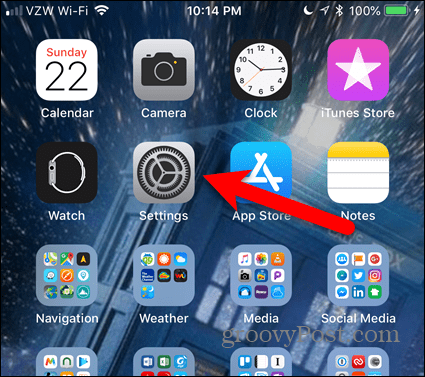 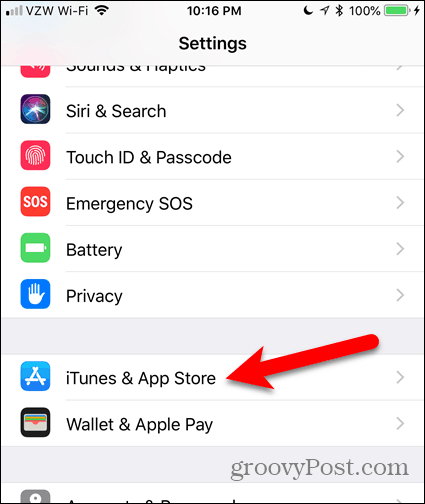 Tap Video Autoplay. You’ll notice that the setting is On by default. 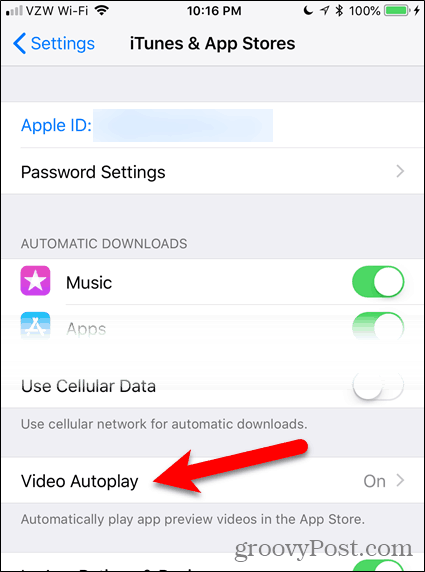 If you still want to see videos play automatically in the App Store, but you don’t want the videos using up bandwidth and data, tap Wi-Fi Only. 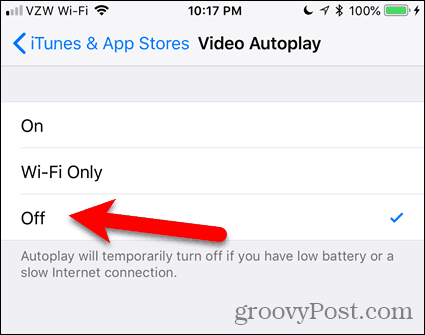 A message on the Video Autoplay settings screen tells you that Autoplay temporarily turns off if you’re low on battery power or on a slow internet connection. But this doesn’t help save data and bandwidth usage. So you may still want to completely disable Video Autoplay.

If you decide you want to see videos automatically play in the App Store again, simply turn the setting back on.

To disable video autoplay in LinkedIn, open the app and tap your profile picture in the upper-left corner of the screen. 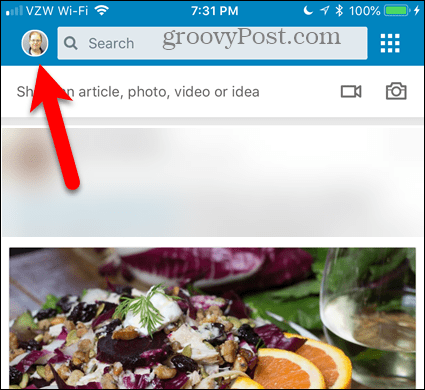 Then, tap the gear icon in the upper-right corner. 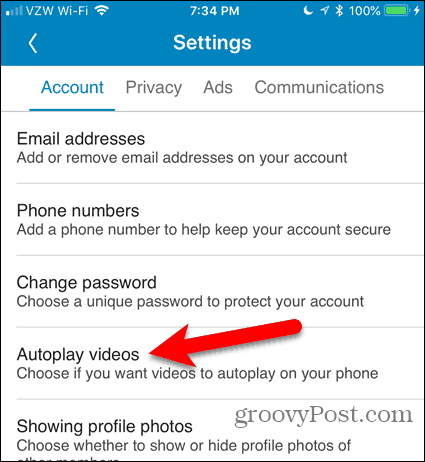 To completely disable video autoplay, tap Never Autoplay Videos. If you want to see videos automatically play, but don’t want to use up mobile data, select Wi-Fi Connections Only. 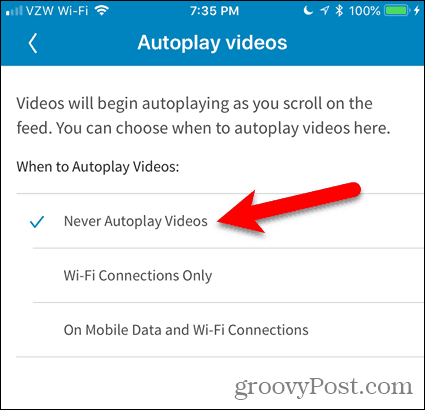 The video autoplay feature on YouTube queues other related videos and automatically plays the next video when the one you’re watching ends. You can cancel the next video, but you only have a few seconds to do it before it starts playing.

If you find this feature annoying, it’s easy to disable.

Disabling video autoplay works the same as using YouTube in a browser on your computer. When you tap on a video in the app, you’ll see an Autoplay slider button to the right of Up next. Tap the slider button so it turns gray to disable it. 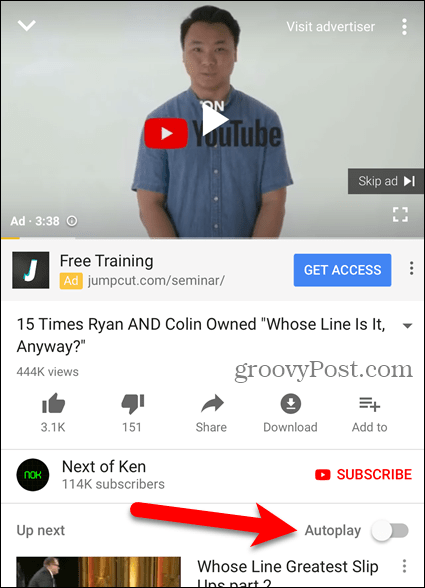 Disabling video autoplay allows you to control when videos play on your device. Having a video with sound play unexpectedly when in public can be embarrassing and sometimes troublesome.