Here’s a look at what Sync Center or mobsync.exe is and how to stop it from running when you start up your Windows PC.

Have you ever wondered what that little green and yellow icon living on your taskbar is? Or why it’s even running? Here’s a look at what it is, what it does, and how to stop it from running when you start up your Windows PC.

What is Sync Center or mobsync.exe?

Microsoft Sync Center is a Microsoft process that is included in all modern versions of Windows. It is mainly used to synchronize your files with mobile devices over a network location. It also has the ability to run in the background and store offline. For instance, it will run if you have Internet Explorer set to sync pages for viewing offline.

You can kill the Sync Center process after startup in Task Manager under the Processes tab. In Windows 10, you should see it listed as Microsoft Sync Center, like in the image below. In previous versions of Windows, look for mobsync.exe and end it. 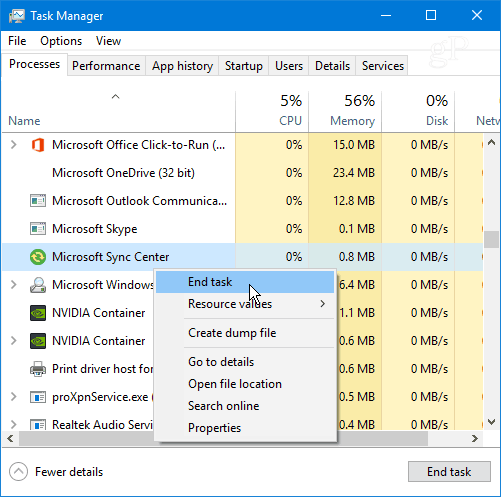 If you don’t use it and don’t want the Sync Center process running during startup, you can stop it. To do that, you need to disable the Offline Files feature. In Windows 10, the easiest way to do that is to hit the Windows Key on your keyboard and type: offline files, select the result from the top or hit Enter. Or, in previous versions of Windows, you can open Control Panel > Network and Internet > Offline files. 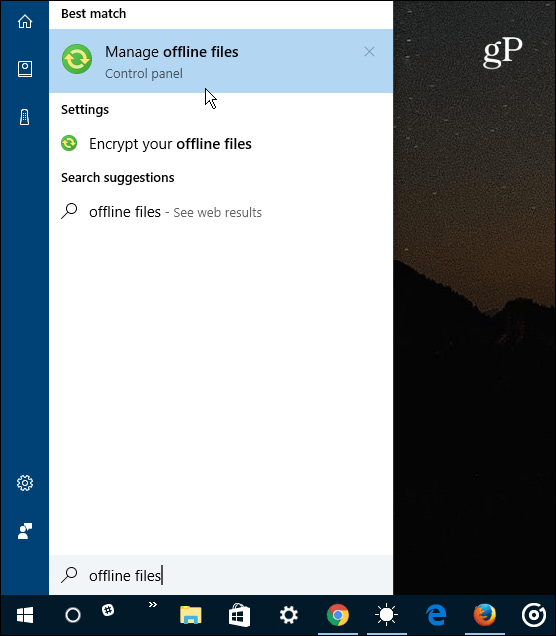 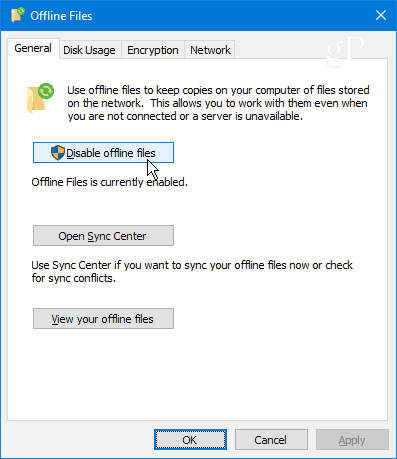 You will need to do the annoying restart to complete the process of disabling Offline Files, so you probably don’t want to do this until you have some downtime. 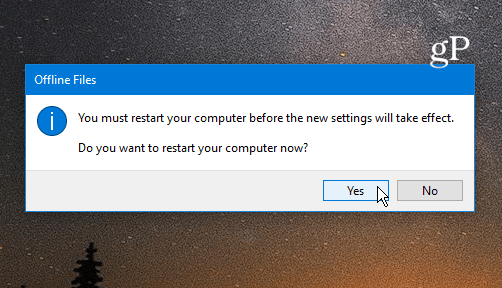 Note that you should only disable this feature if you don’t use it. For example, in the image below, I was using it with my Windows Home Server at one point, but since that server is now disconnected, I decided to kill it from starting up. If you’re not sure if you need to run the process or not, if something stops working after disabling it, just go back in and turn Offline Files back on. 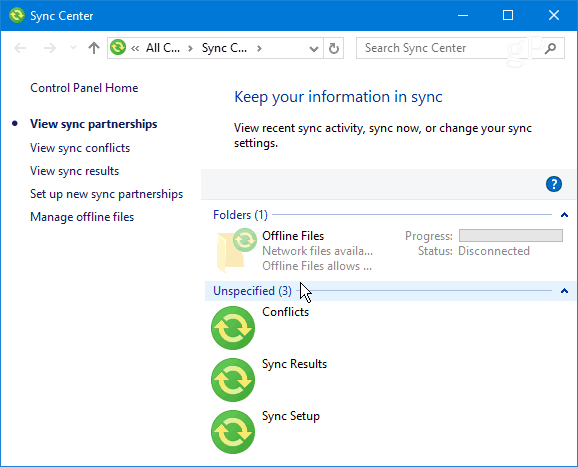 Do you use the Windows Sync Center or have any questions? Leave a comment below or join us in our help forums.