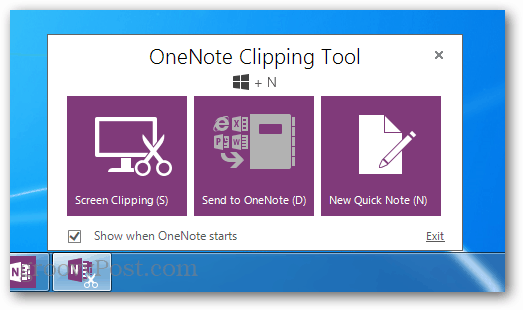 OneNote 2013 has a new clipping tool that pops up whenever you open the program. If you aren’t a fan, here’s how to disable it.

OneNote 2013 has a new clipping utility for snagging screenshots, notes, and other bits from the web and other office apps. This tool can be a huge time-saver, but if you don’t use it, it can be annoying. If you’re part of the latter, you’d probably like to know how to disable it. Good news, there’s two options for getting the Clipping Tool out of the way.

The easiest and most obvious way to “sort of” get rid of the Clipping Tool is simply to uncheck the “Show when OneNote starts” within the tools own window. If the tools currently isn’t visible you can open it from the View > Clipping Pane ribbon option in OneNote, or press Windows Key + N on your keyboard.

The checkbox is located at the bottom left of the Clipping Tool. Unchecking it won’t prevent it from running, but it will prevent it from popping up when OneNote is first launched.

To make sure the Clipping Tool doesn’t even run, you’ll need to browse to the Microsoft Office installation root folder. This will vary with what version you have, but for me it was:

Within the root folder is a process called onenotem.exe. You can either delete this file, or just rename it. My recommendation is to rename it, because doing so will disable it, but if you want it back later on its easy to enable again.

Whenever I rename a file for this purpose I like to just change the extension to .bak by adding it onto the last part of the filename. Doing so will disable the the OneNote Clipping Tool, but if you ever want to reactive it just delete the .bak from the file name and it will revert to normal.

Note: In order to see & rename file extensions you will need to make them visible. 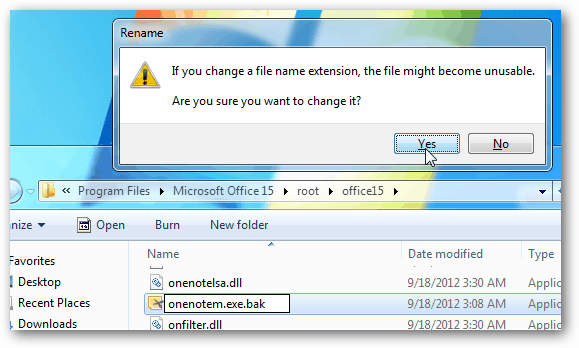 Whichever way you chose, the OneNote Clipping Tool should now be less annoying.