Like a map, each cell in Excel has a reference that you can refer to in other worksheets and Excel files. Here’s how.

This is a useful feature that allows you to keep data separate and organized across different sheets and files. If you want to know how to cross-reference cells between Excel spreadsheets, here’s how.

If you’ve ever used a map, you’ll be familiar with the idea of grid references. A map is split up into a grid, allowing you to pinpoint a specific location using the individual grid reference.

An Excel spreadsheet works in a similar way. A spreadsheet in Excel is split into cells, which you can reference using letters for columns and numbers for rows. Cell C7, for instance, is in the cell that intersects the third column (column C) and row 7. 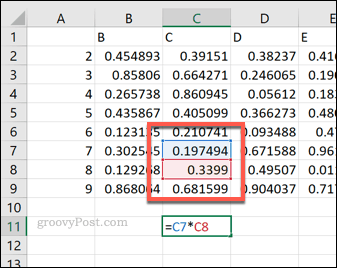 If you want to reference a cell from a different worksheet, you need to put the name of the worksheet before the cell, followed by an exclamation mark. The correct format for this is =Sheet2!C7. 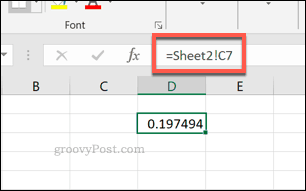 The formula =Sheet2!C7*Sheet2!C8 would multiply the data from cells C7 and C8 in a worksheet named Sheet2.

You can also reference cells from another Excel spreadsheet file. You’ll need to use square brackets to identify the file, name the worksheet it’s from, then use the cell reference. For instance, =[Spreadsheet.xlsx]Sheet2!C7.

It’s also possible to reference multiple cells in Excel, so long as they follow sequentially. You can use references to cell ranges in certain formulae. 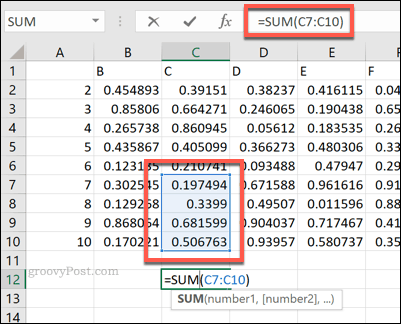 You can reference cell ranges in other worksheets and Excel spreadsheet files, too. This follows the same naming approach as listed above for individual cells.

To reference a cell range from another worksheet in the same file, name the worksheet before the cell range. For instance, =SUM(Sheet2!C7:C10).

To reference a cell range from another file, use square brackets to name the file, followed by a reference to the worksheet, and finally the cell range. For example, =SUM([Spreadsheet.xlsx]Sheet2!A7:A10).

Microsoft Excel allows you to give a set name to a cell, replacing the grid-style reference. To do this, select your cell, then provide a name for it in the text box next to the formula bar.

You can then use this defined cell name as a reference in other cells. For example, a named cell named namedcell could be referred to in another cell as =namedcell. 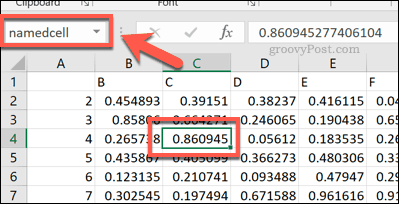 This named cell reference can be used as-is across your entire worksheet. For example, if it was on a worksheet named Sheet2, you would still use the =namedcell reference to refer to it.

If you want to reference a named cell from another Excel spreadsheet, you don’t need to use square brackets.

Knowing how to cross-reference cells in Excel allows you to organize data more effectively. You don’t need to work on a single sheet—you can use data from a single cell across different worksheets and spreadsheet files.

You can then take this data and refer to it in other software. For instance, you could begin embedding Excel with your OneNote notes. If you’re new to Excel, don’t worry—there are plenty of Excel tips that will help you get up to speed quickly.