Android 4.0 (Ice Cream Sandwich) offers a lot of improvement and more UI flexibility. Here’s how to group apps together in folders on the home screen.

One of the best things about Android is its flexibility with customizing home screens. This feature has been improved with Android version 4.0, a.k.a Ice Cream Sandwich. Now you can group apps together in a folder in any given home screen. This is a great way to access apps easily in an organized manner.

I find app folders save a lot of time as opposed to scrolling through all your apps in the app drawer. Being organized with your apps is essential, especially if you have lots of them installed. It’s also great to track apps you just downloaded, so you don’t forget they’re there in the first place.

Making folders for apps is a feature iOS users have had for a while now, which typically isn’t the case. If you haven’t yet tried making app folders in your Android device, here’s how it’s done.

See all your apps by tapping on the app drawer icon on the bottom middle of the home screen. Then old down the first app you want for your app folder and you’ll see all home screens you can add it to. Drag it to your desired home screen and release. 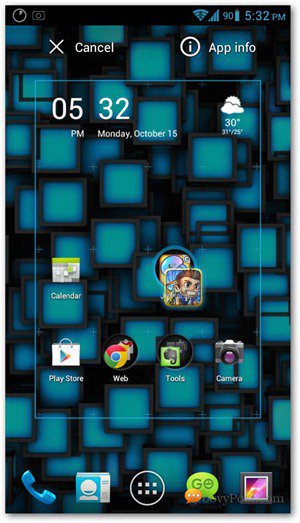 Do the same with the next apps, but drag it to the same exact spot that you placed your first app. The icons will appear tiled together with a circle indicating that it’s a folder.

When you’re done, tap on the newly created app folder. A pop-up box shows all apps added for that folder. Below them, you can tap on Unnamed Folder and give it a name. 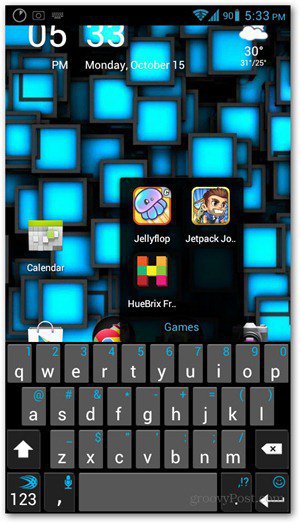 That’s it! You just made your very first app folder on your home screen.

To remove an entire folder, just hold down on it and drag it up to the Remove drawer that pops up on top of your home screen. 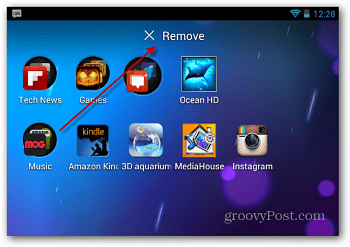 This practice is highly recommended for anyone who has lots of apps on their device. Not only does it save time scrolling through the app list, it also improves the device’s performance every time a home screen loads.

If you have an earlier version of Android, there are third party launchers like Go Launcher Ex that add the same type of functionality. The extra installation is worth it if you really need this feature.