Among the goodies arriving on watchOS 7 this fall is the ability to create and share Apple Watch faces with family and friends.

Apple announced significant new versions of iOS and macOS at this year’s Worldwide Developers Conference (WWDC) in June. The reveal of the upcoming software version for Apple Watch was less publicized, but it could prove significant nonetheless. Among the goodies arriving on watchOS 7 this fall is the ability to create and share Apple Watch faces with family and friends. Here’s a first look at how to do it.

One of the criticisms of Apple Watch has been the inability of developers to create and sell third-party watch faces. That hasn’t changed in watchOS 7, although I’d like to believe the new sharing tool is a small step in that direction.

You can send others your customized Watch faces directly through Apple Watch or in iOS 14 using the familiar share sheets. Naturally, the other person must also have watchOS 7 installed to use and edit the face. 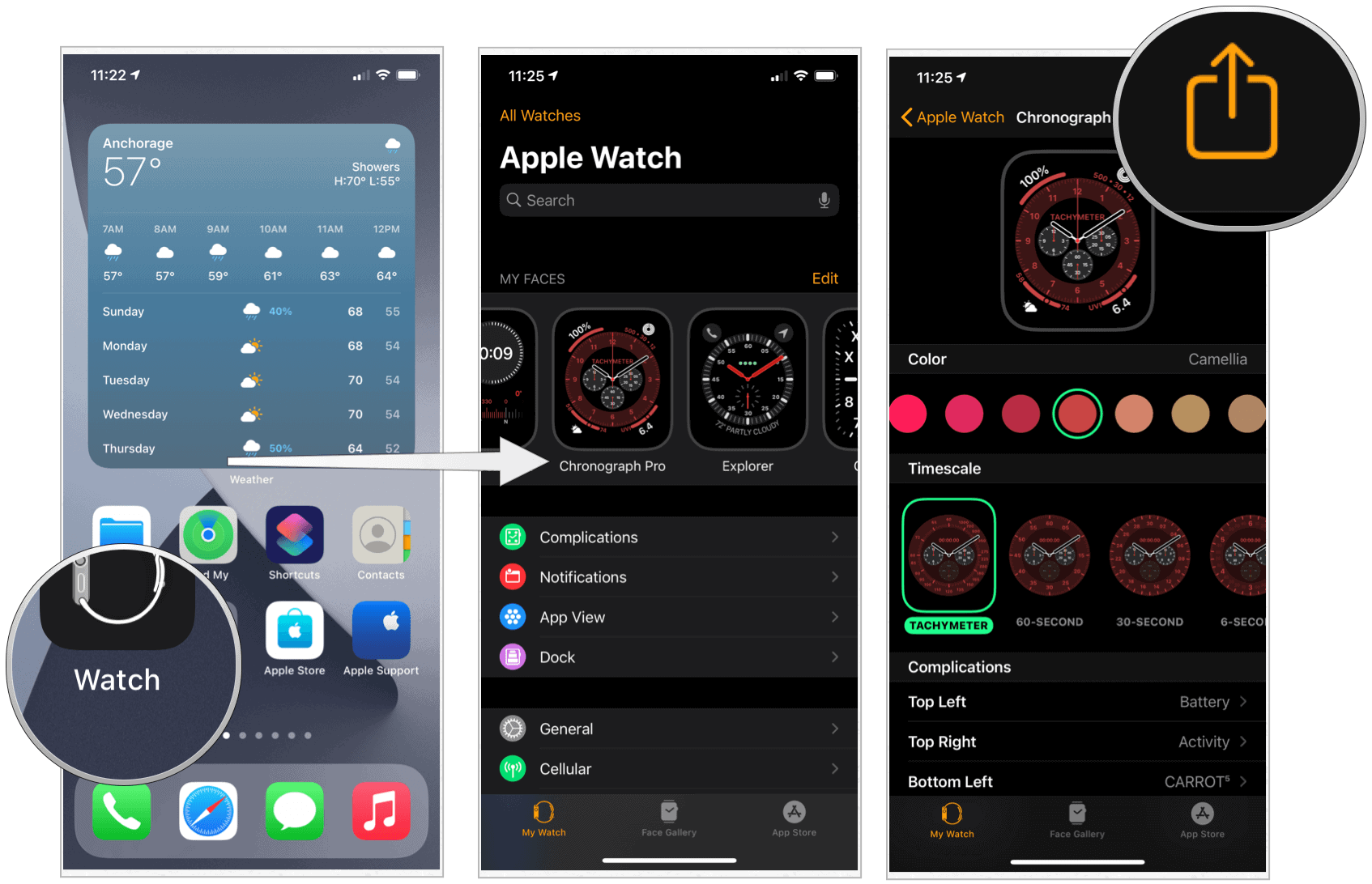 There are other new features to look forward to in watchOS 7, including the following.

The beta version of watchOS 7 also introduces a new face and updates some of the existing designs. Chronograph Pro is the first for Apple Watch to feature a tachymeter. Better still, it includes plenty of room for customization. A functional chronograph arrives simply by tapping the bezel surrounding the main 12-hour dial. You can record time on scales of three, six, 30, or 60 seconds. The tachymeter timescale measures speed based on the time traveled over a fixed distance. You can change the color of the Chronograph Pro watch face and add up to four complications.

You’ll also find more complications in watchOS 7, including a world clock, shortcuts, camera remote, moon face, and more.  Perhaps the most prominent new feature of watchOS 7 is the introduction of a native sleep app. Long rumored, the function is designed to help you to create a schedule and bedtime routine that matches your sleep goals.

Sleep is one of the most critical aspects of your health, but also one of the least understood. Tracking is a good start, but the new Sleep app goes further. It helps you create a schedule and a bedtime routine so you can meet your sleep goals. From the app, you can view last night’s sleep data and how you did the previous 14 days.

The Sleep app functionality is mostly tied to new features on the Clock app on iOS 14. One of these is Wind Down, which assists you in setting up a bedtime routine using shortcuts that help you to relax. When the new day arrives, you’ll see a weather report and your current battery level on your Apple Watch on the screen to turn off your alarm. 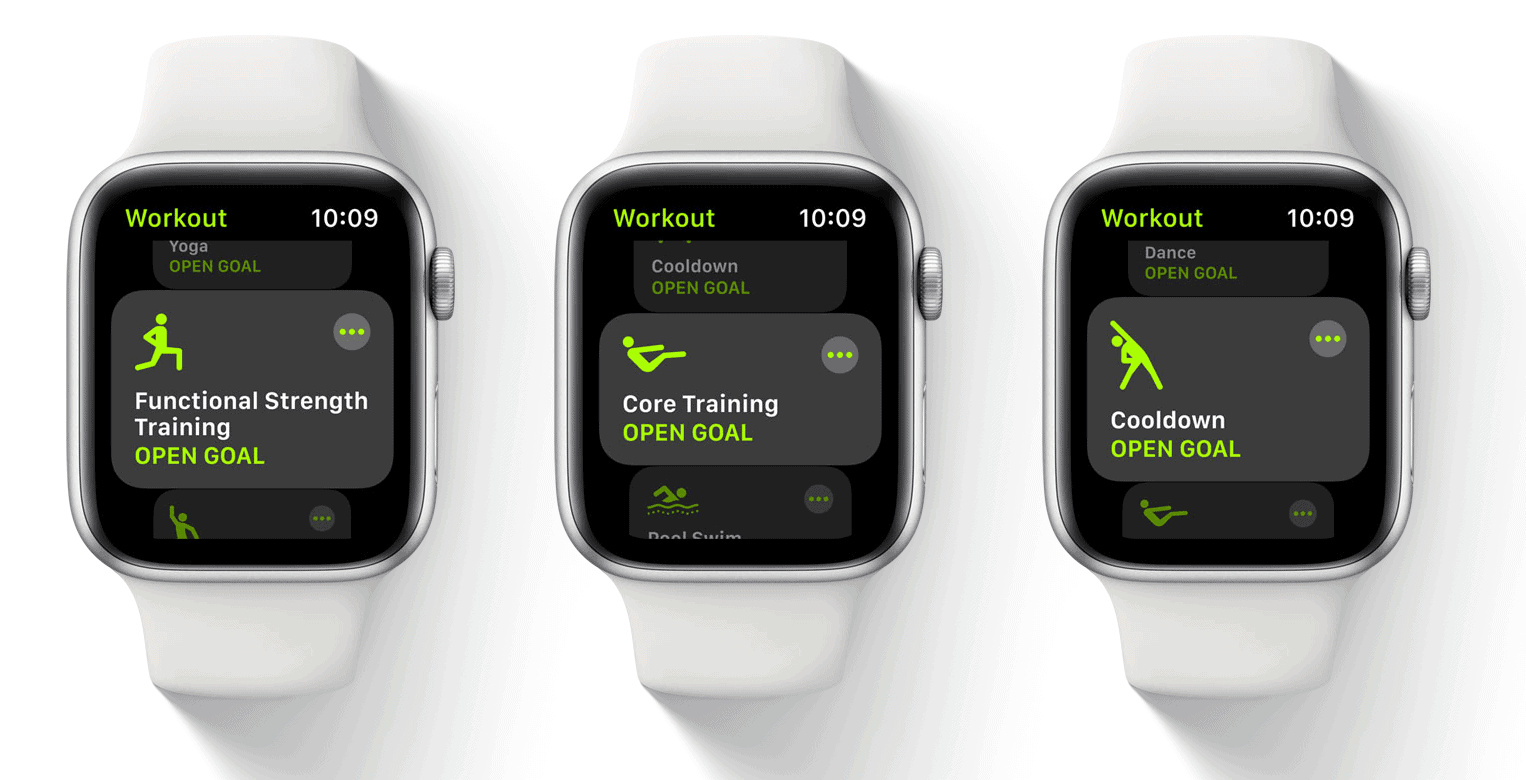 Other new features are coming to Apple Watch this fall with watchOS 7, including a hand-washing tool, and more. No doubt, there will be other features announced along with the revealing of the next-generation Apple Watch.

WatchOS 7, alongside macOS Big Sur, iOS 14, iPadOS 14, and tvOS 14, should arrive for the public in September. No doubt, being able to design and share Apple Watch faces will be a winner with many users. Stay tuned.