Like Amazon’s digital assistant, Alexa, Cortana also has Skills available. Here’s a look at how to add and start using them on Windows 10 and Mobile 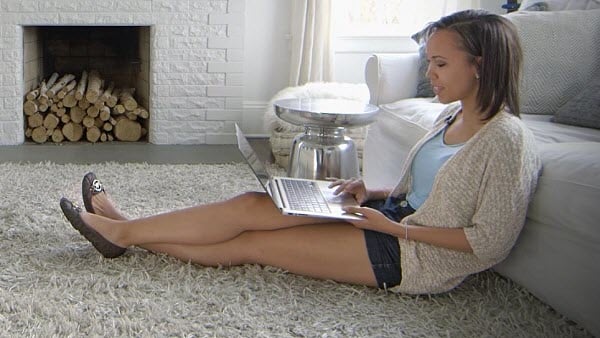 Cortana, the digital assistant built into Windows 10 and available on iOS and Android, already has several features. Like other digital assistants like Siri and Alexa, it has been getting more powerful features since originally launched.

One of the new additions that you might not be aware of is adding skills based on your personal needs and preferences. The skills work a lot like Skills designed for Alexa on Amazon Echo devices. And, while there are only a handful available compared to Alexa, it’s worth trying them out if you are a regular Cortana user.

Note: Cortana isn’t supported like it used to be when Microsoft first launched it with Windows 10. It has been decoupled from Windows Search and is now a standalone app.

Some of the available Cortana Skills include services from various Microsoft partners. You can do things like order Domino’s pizza, listen to radio stations on TuneIn or iHeartRadio, get news, weather, and sports briefings, food recipes, and more. 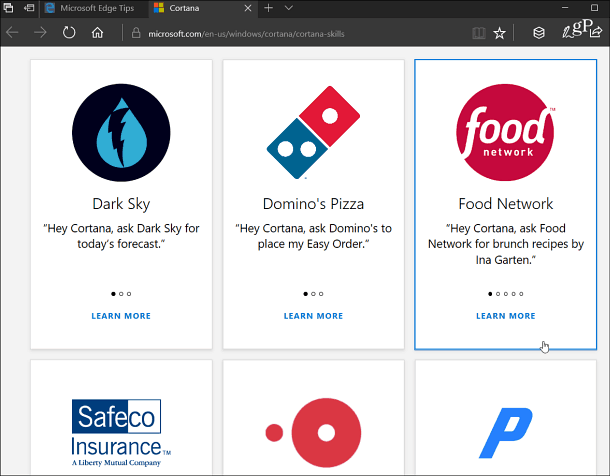 To start trying out skills currently available for an early preview, head to the Cortana Skills page. When you find one you’re interested in, click or tap the right or left arrows to learn the voice commands for it. 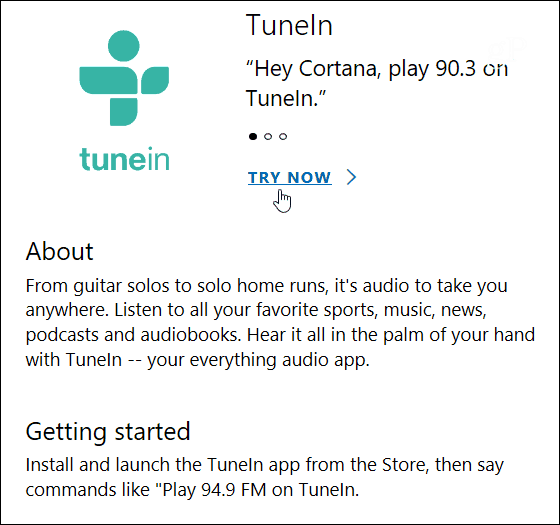 Then select “Try now,” and Cortana will launch and let you know if you need to install an app or accept a service’s terms of service. 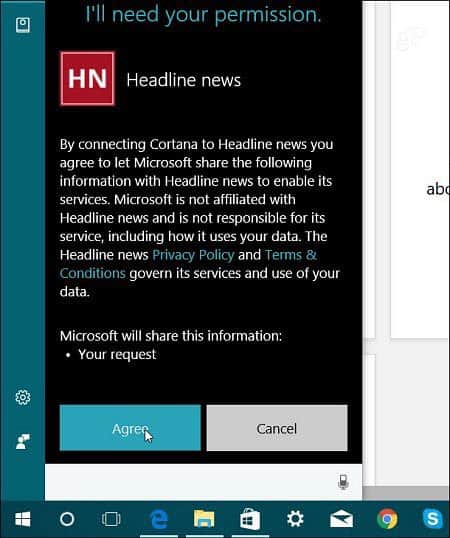 Once it’s set up, you should be able to start using the new Skill by saying the voice commands outlined in the details. 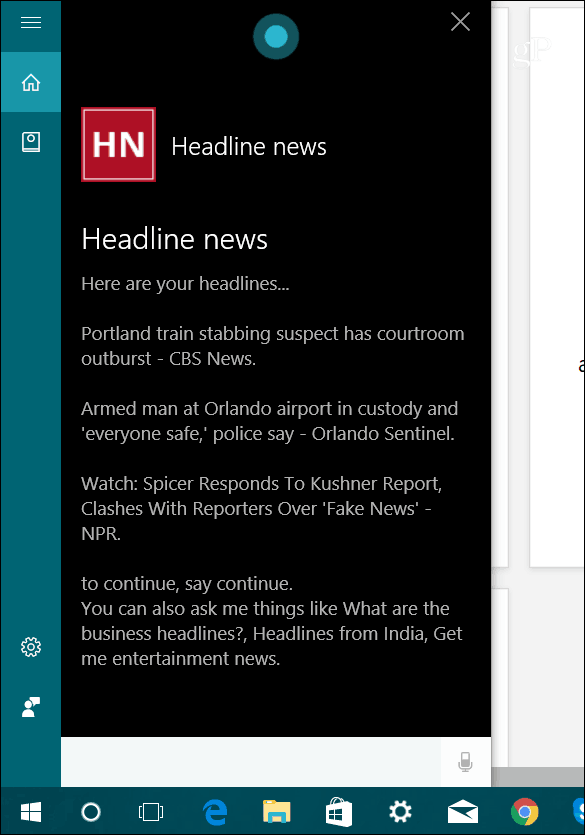 Microsoft says these Cortana Skills work best on Windows 10 Creators Update for PC or mobile. Cortana Skills also work with the Cortana app for Android 4.1.2 or higher or an iPhone 4 running iOS 8.0 or later. Once you add a skill from the website, it will be synced across all of your devices. Below is an example of a weather skill running with Cortana on Android. 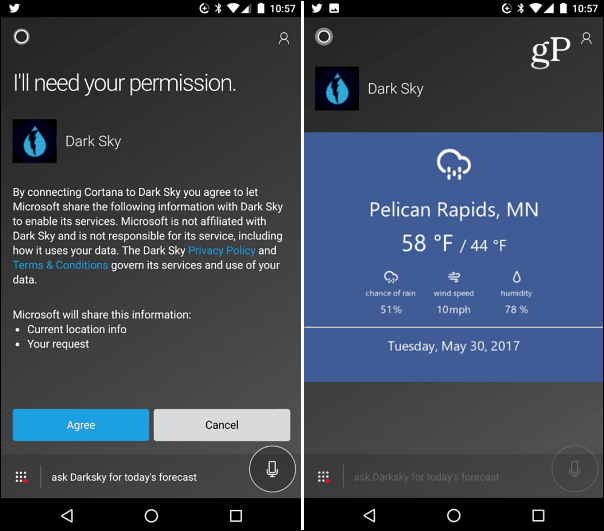 Overall, I have tried about ten different Skills currently available and have had varying degrees of success. Sometimes they work as you would expect, and other times I just wasn’t able to get a skill to work at all. It’s worth mentioning that if a Skill doesn’t work, Microsoft urges you to let the team know via the Feedback Hub.

Cortana Skills are relatively new and whether they continue to evolve remains to be seen. It really depends on the number of developers that get on board.

One thing I can say, with confidence, is that the Skills developed for Amazon’s Alexa work a lot better, and there are a lot more to choose from.

Check out the Skills for Cortana, and let us know what you think about your experience. Do you find them useful or not so much? Leave a comment below and tell us about it.