If you’ve been tagging songs and enjoying new tunes, here’s how to connect Shazam to Apple Music or Spotify for great benefits.

Shazam is a popular app for song identification and music discovery. Just tap the big blue button and you’ll see the song title and artist almost instantly. Along with its other list of features, Shazam gives you the ability to connect to Apple Music or Spotify.

Here, we’ll show you how to connect those music services to Shazam what benefits you’ll receive.

Prerequisites for Connecting the Services

Before you can connect Shazam to Apple Music or Spotify, there are a few requirements.

If you use both Apple Music and Spotify and have decided which one to connect, the rest is easy. You can connect: 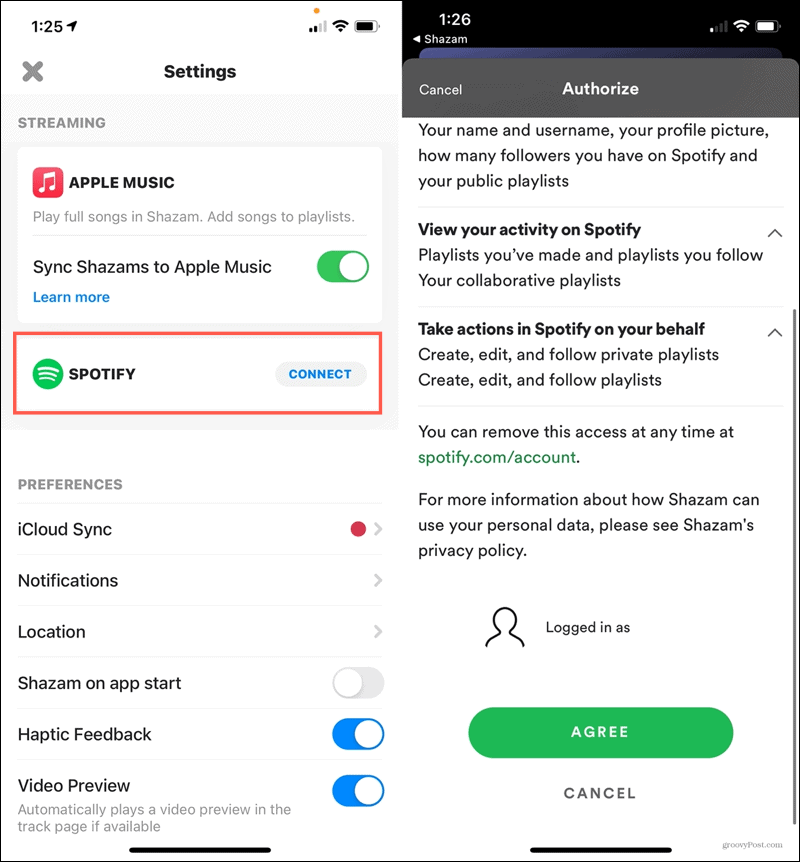 And that’s all there is to it!

Note: If you do try to connect one service after you’ve already connected the other, you’ll be prompted to disconnect the first service and replace it with the second.

Benefits of Connecting Shazam to Apple Music or Spotify

Of course, there are a couple of benefits to connecting either Apple Music or Spotify to Shazam.

One terrific feature is that you can sync your Shazams (tagged songs).

For Spotify, enable the toggle for Sync Shazams to Spotify after you connect it. This will create a playlist in Spotify for My Shazam Tracks. Any songs you tag moving forward will sync to this playlist.

If you’re an Apple Music subscriber, songs that you’ve Shazamed are also automatically added to a playlist called My Shazam Tracks in the Music app.

You can enable or disable the sync for Apple Music in the Settings. Simply use the toggle for Sync Shazams to Apple Music.

Listen to Songs Where You Want

You’ll also notice after you connect one of the services, a button displays below each song for that service. So if you want to hear the tune in the Apple Music app or listen to it on Spotify, just tap the corresponding button. 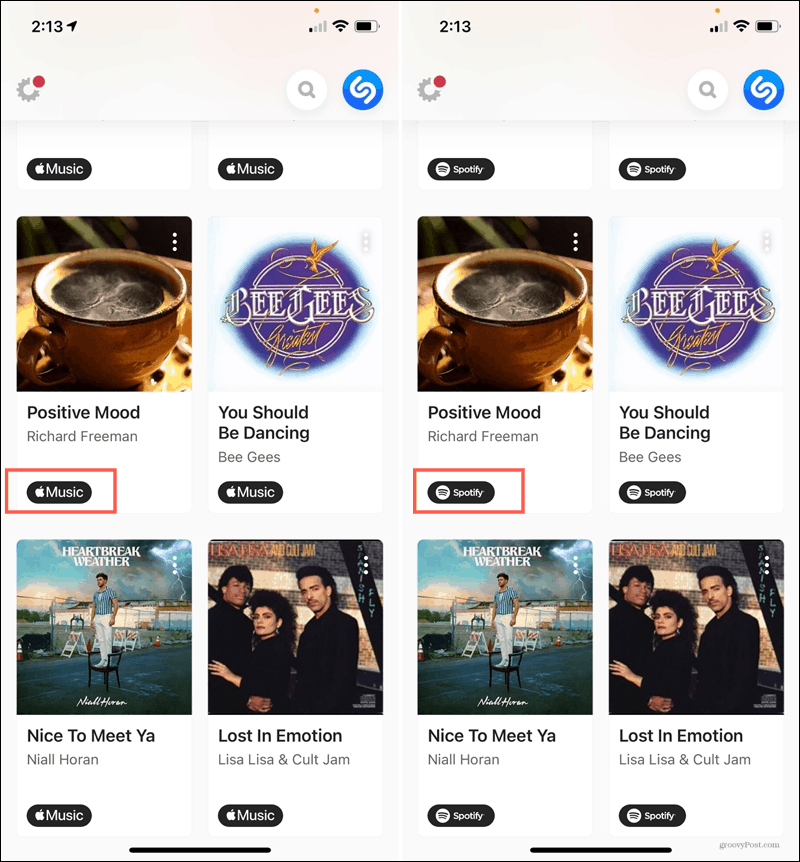 Enjoy You the Music You Love

With a combination of Shazam and either Apple Music or Spotify, you’ll always have those great new songs you tag at your fingertips.

For more, check out how to transfer your playlists between Spotify and Apple Music.