Do you own an iPad and want to use an Xbox One controller with it? The good news is you can. Here’s how.

Recently Apple launched its game streaming service called Apple Arcade. It provides access to hundreds of streaming games for your iPhone, iPad, Apple TV, and Mac. The games are a variety of games from all different types and genres.

The first thing you want to do is head to Settings > Bluetooth on your iPad (or iPhone) and verify your Bluetooth connection is on.

Once you verify Bluetooth is on and looking for devices, press and hold the small circular button on top of the Xbox controller near the left shoulder button. Hold it until the circular Xbox button on the face of the controller starts blinking rapidly.

Next, you should see “Xbox Wireless Controller” appear on the list of Bluetooth devices to connect to. 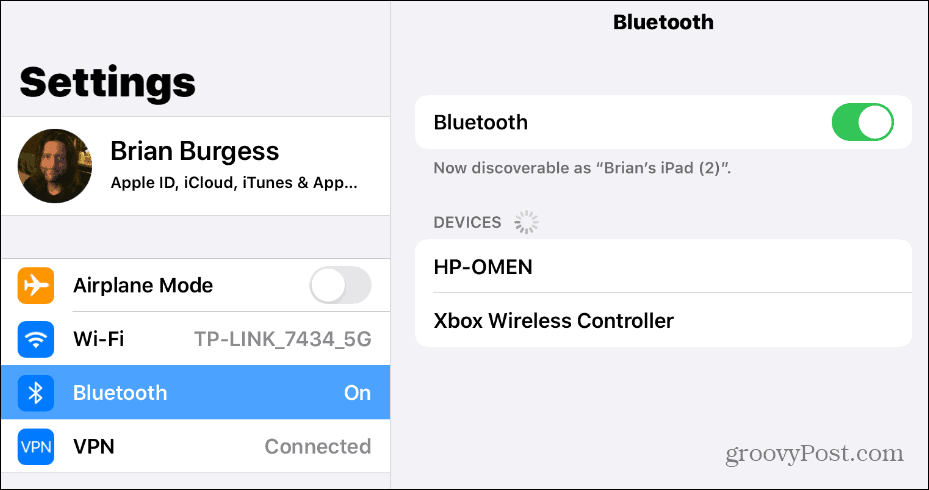 Tap on it and wait for a second or two while it connects. After it connects it will display under the “My Devices” section.

That’s all there is to it. You can now use your Xbox controller with your iPad to play games with. Launch Apple Arcade on your iOS device and download a game or launch your favorite one and you should be able to use the Xbox One controller to play the game.