When you’re having a good day getting things done on your Chromebook, nothing is more annoying than a frozen app. Here is how to close an unresponsive app so you can relaunch it.

When you’re having a good day and cruising through your workflow, nothing puts a damper on that quite like a frozen app. Sure, you can wait impatiently for it to respond or restart your machine. But you want to get out of the office before the bell rings. On Windows, you can forcefully shut down an app using Task Manager.

But what if a similar situation happens while using your Chromebook? Well, the general idea applies to Chrome OS, too. Here is how to force close an unresponsive app on your Chromebook.

Close Unresponsive Apps on Your Chromebook

As we’ve discussed in other articles about finding your Chromebook system specs, Chrome OS has its own Task Manager utility. To launch it, open the Chrome browser and click the Menu button (three dots) and then More tools > Task manager. Or, for faster access, use the keyboard shortcut Search + Esc. 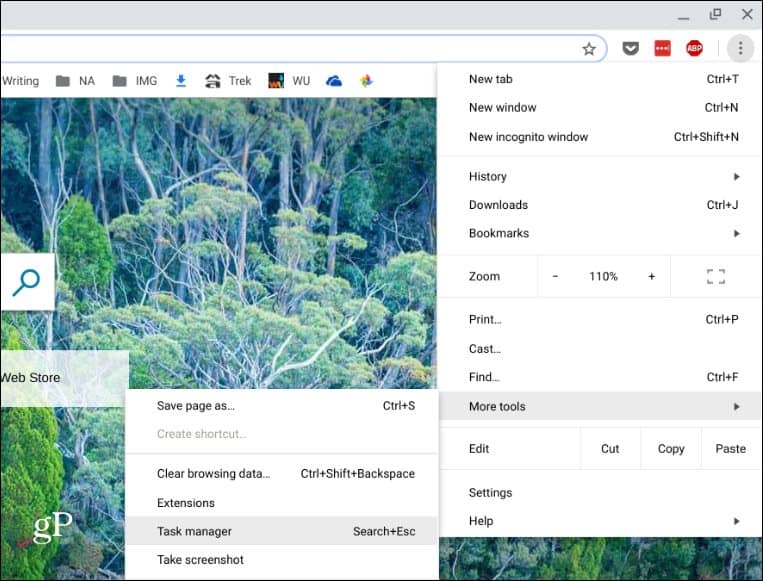 That will open Task Manager for Chrome OS and will display all the currently running apps and processes. Click to highlight the app that isn’t surprising and then on the End Process button. That will kill it right away, and you can go back and relaunch it (hopefully, it works this time). 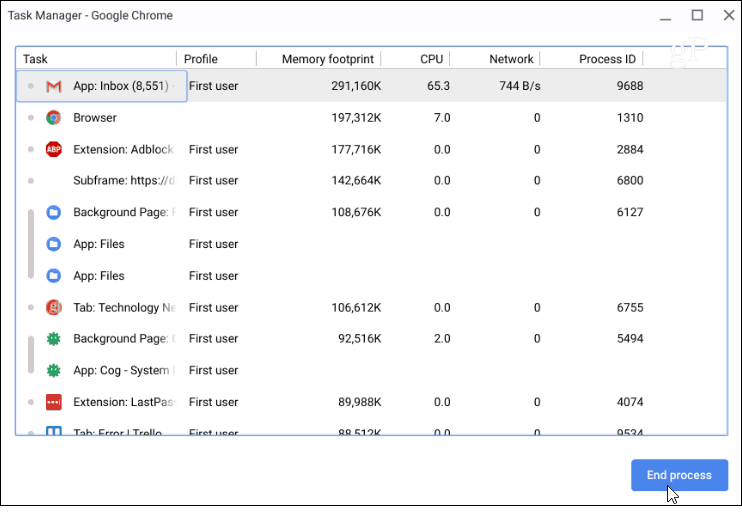 It’s not often when you’ll run into a situation when you need to close an unresponsive app on Chrome OS. It certainly, doesn’t occur as much as it does on Windows. Still, if you’re on a system with 100 tabs open and are running multiple Android and web apps, things can get bogged down. Especially on lower-end Chromebooks that don’t have the necessary resources to handle high workloads.

The good thing is you can force the offending app closed via the Task Manager on Chrome OS. And if one app, in particular, keeps freezing up, you should uninstall it. And if you are on a low specced Chromebook where you need multiple things running at once, check out our article on how to get the most from your Chromebook’s RAM.