Clear the app cache on your Android phone to save battery life and free up storage. Here’s how without downloading extra utility apps.

Android devices need regular maintenance for the best performance, just like your computer. The Google Play Store has no shortage of utility apps that promise a faster phone with better battery life. But you might not need all these apps, there are ways to maintain your smartphone’s overall health using only Android’s built-in functions.

One of those handy functions is clearing cache. This clears out temporary files for a certain app, frees up storage space, and can even resolve problems with that app. If you notice force closes or lags in an app, try clearing the cache first. Here’s how to do it.

Go to your phone’s Settings page. You can either look for the icon in the app drawer or press the Menu key and open it from there. 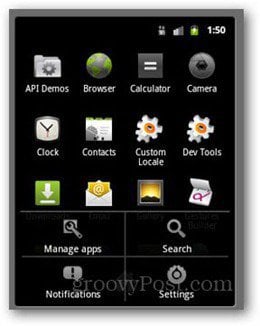 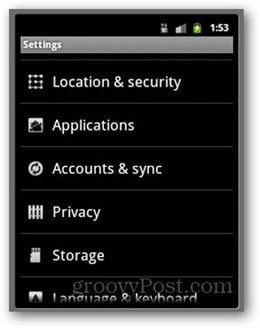 Then tap on Manage Applications. 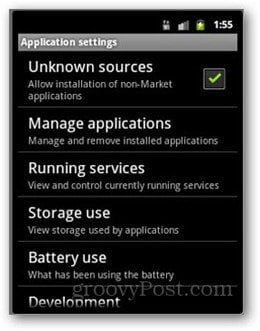 Now find the app which needs the cache cleared. This usually is under the Downloaded tab — tap on the app. 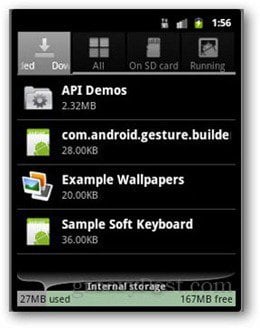 On the next screen, scroll down and tap Clear Cache. It the button is grayed out, there is no data to clear.

Go to Settings and under Device, tap on Apps. 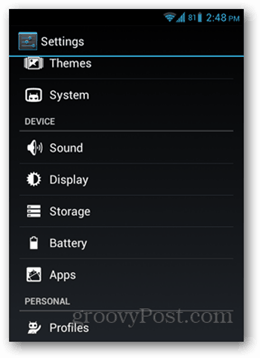 Then tap on the app which needs the cache cleared. In the example below I chose Google Chrome. Scroll down and tap Clear Cache.

Apps that accumulate cache over time include web browsers, social networking apps, and photo and video sharing apps. Games also retain cache. Note that clearing the cache does not delete anything from the app.