According to the Microsoft blog, less than 99% of users make use more than 7 GB of space on the online storage service anyway. Therefore, it’s lowering the free amount of space down to 7GB. The following quotes and chart are courtesy Microsoft:

7GB free for all new SkyDrive users. We chose 7GB as it provides enough space for over 99% of people to store their entire Office document library and share photos for several years, along with room for growth. To put things in perspective, 99.94% of SkyDrive customers today use 7GB or less – and 7GB is enough for over 20,000 Office documents or 7,000 photos. Since the current base of customers using SkyDrive tilts towards enthusiasts, we are confident that, as we expand the range of people using SkyDrive, this 7GB free limit will prove to be more than enough for even more people. 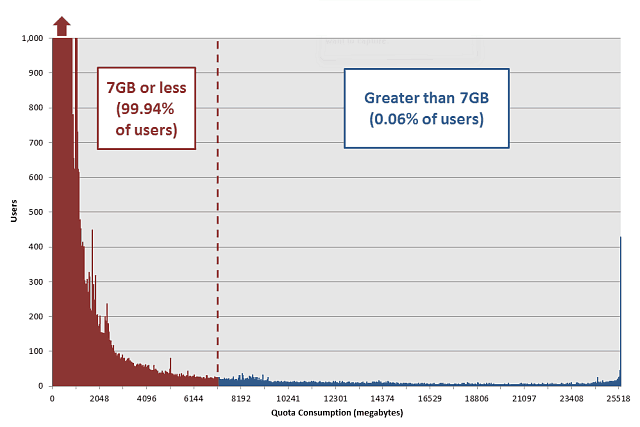 We know that many of you signed up for a service that offered 25GB, and some are already using more than 7GB of storage. So, starting today, for a limited time, any registered SkyDrive user *who has uploaded files to SkyDrive* as of April 22nd can opt in to keep 25GB of free storage while still getting all of the benefits of the new service. (For users who are already using more than 4GB as of April 1, we’ve automatically opted you in to 25GB of free storage to avoid any issues.) Just sign in here or view our FAQ.

Keep Your 25GB of Space

You’re able to ensure you get your original 25GB of space now though. Log in to your MS SkyDrive account. At the top of the page you’ll see a link to. 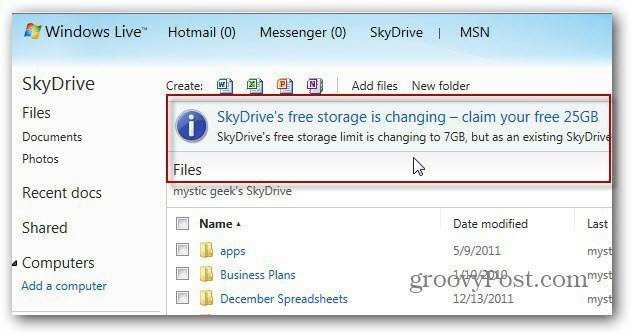 On the next page CLick the Free Upgrade button to 25GB guarantee you still have your original 25GB free.

That’s it. You’re given a message letting you know you still have your 25 GB of free storage. Click Close. 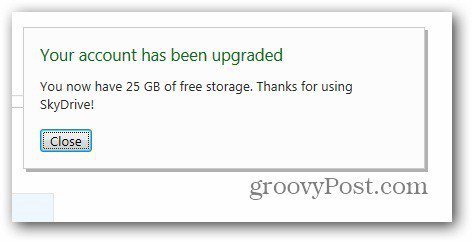 The amount of space you have will be shown in your SkyDrive account. 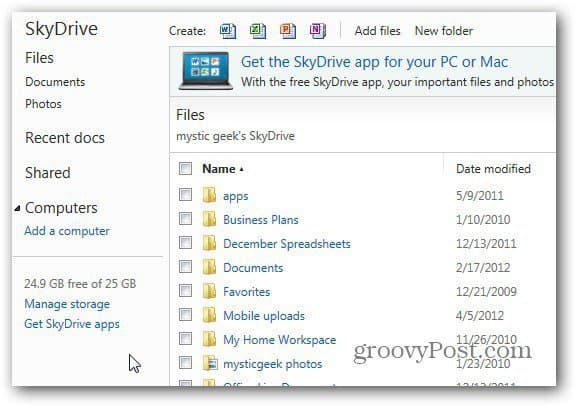 If you’re already using 4GB or more space on SkyDrive, you’ll automatically be opted into the 25GB free account. So, don’t panic if you don’t see the link at the top of your SkyDrive account screen.

It seems counter intuitive for Microsoft to lower the amount of free space. But, it’s still more than a lot of other similar services like Dropbox or SugarSync…where they offer 5GB of free space.

Microsoft also announced improvements to its mobile and Mac apps (including Office for Mac 2011) as well.

This is interesting news as today Dropbox announced improvements to its UI including 2-click sharing and Google is rumored to be announcing its long awaited online storage competitor as well.