What is the difference between Windows 10 Pro and Home and which version is right for you?

Previously, we covered the differences between the various editions and architectures of Windows 10 available. But even after understanding the differences, it can be hard to decide which edition is best for you and your needs. Admittedly, it can be a bit confusing. Microsoft does distribute many SKUs (and the company has rightly been made fun of for it). At the end of the day, your decision will boil down to just Home or Pro.

Which Edition of Windows 10 Should You Choose?

For many home PCs, Windows 10 Home can be a satisfactory edition that meets the needs of most users. Unlike previous Windows Home editions, Windows 10 Home includes most of the flagship features you’ll recognize from Microsoft advertisements such as Windows Hello, Cortana digital assistant, and Universal Apps like Edge, Groove, Photos, Mail, Action Center. But the big disadvantage with Windows 10 Home is the lack of control, particularly when it comes to the Windows Update service (more on this later). The upcoming Windows 10 Creators Update is starting to make the Home edition less desirable for several reasons we will discuss in this article. Plus, large organizations deploying Windows 10 in bulk will choose what you use on your computer at work, which can be either Pro or Enterprise. That decision in itself can also factor into what you use at home.

What’s the Difference Between Home and Pro Versions?

Windows 10 Home: is also known as the Core edition and is the upgrade path from Windows 8/8.1 or Windows 8/8.1 Single Language. This edition does not include certain premium business features such as Domain Join, Hyper-V, Group Policy Editor, Remote Desktop, Language Packs, or BitLocker Drive Encryption.

Windows 10 Pro: is the premium business edition that supports advanced capabilities such as multi-processor support, up to 2 Tbs of RAM, Domain Join, Network Backup, Group Policy, Remote Desktop, and Hyper-V. It is the logical successor to Windows 7 Professional, Windows 7 Ultimate, Windows 8/8.1 Pro. 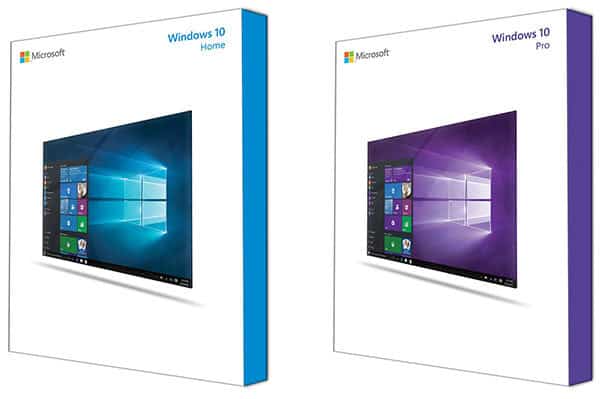 Windows 10 Home embraces Microsoft’s service-oriented architecture. Updates and fixes are mandatory, and you have little choice over installing them. The Anniversary Update release in 2016 made installing updates more convenient with features such as Active Hours and Restart Options. Beyond that, there is not much else you can do when Microsoft needs to install updates and restart your machine.

Windows 10 Pro, on the other hand, is a toolbox of options. Even though the defaults are similar to Windows 10 Home, Pro offers more control over your Windows Updates. The Windows 10 Pro Creators Update, for instance, lets you pause updates for up to 35 days. In current and previous releases, you could configure these options through the Group Policy editor, a feature that has always been exclusive to the Pro SKU. For users such as myself, the pause option is a welcome addition. I live in the sticks, and I have to work with a limited 3G metered connection. Windows 10 sometimes doesn’t care even when I adjust my connection as Metered and still slips through with those large updates the operating system is notorious for. 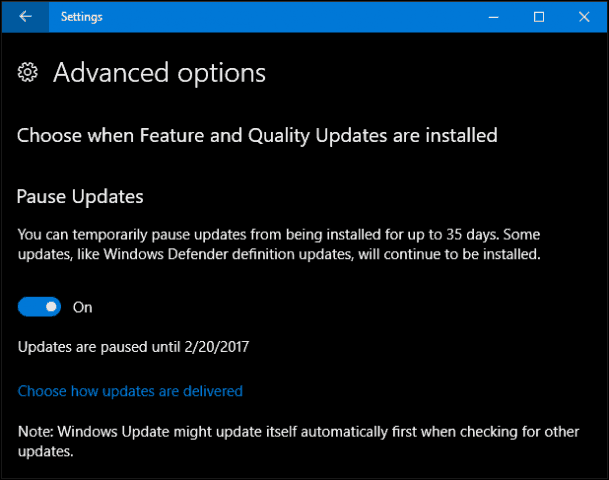 Another feature still lacking in Windows 10 Home is BitLocker Drive Encryption. One of the justifications for not including BitLocker in Home is its complexity, which I consider a weak argument. Many years ago, operating systems never came built-in with a Firewall because they were thought to be too complex and intrusive. In fact, Windows XP Home initially came with the Windows Firewall turned off. The release of Windows XP SP2 enabled it, while bidirectional support arrived in Windows Vista Home editions.

So, I find the argument that including BitLocker in Windows 10 Home would prove too difficult for users to deal with lacking. If you purchase a Microsoft Surface Pro or Surface Book, these devices come with the Pro edition of Windows 10 installed, and BitLocker is enabled by default. I am sure Microsoft is not targeting either device solely for businesses, developers, or large organizations. In fact, many of the testimonials on Microsoft’s Surface Facebook page are from prosumers who use these devices at home. One could say the ideas of a Windows 10 Home and Pro user are blurring. 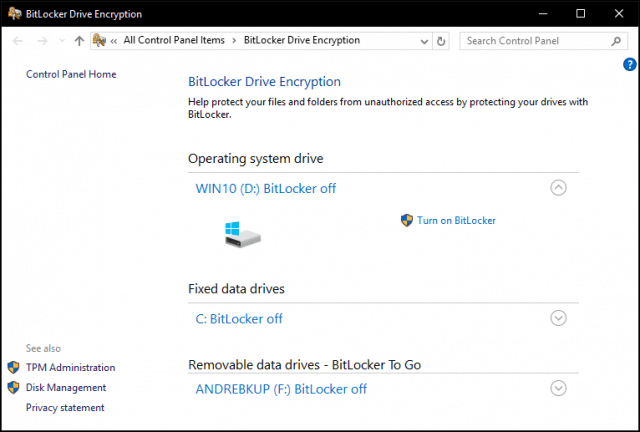 There are also advanced features that power users in home environments might find they need. A built-in virtualization solution such as Hyper-V can be the ultimate solution for compatibility issues with older apps. With each revision of Windows 10, the real risk of compatibility issues arises. For many home users running that one legacy app that gets broken by an update, an out-of-the-box solution such as Hyper-V might smooth things over. Even the new Quick Create feature in Hyper-V seems targeted at novice users not accustomed to such features. 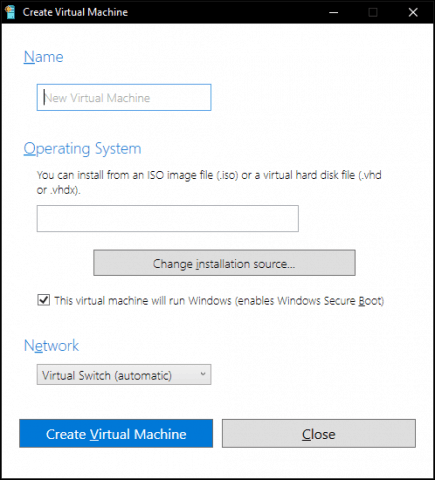 It’s not strange these days to visit a home where families speak a mix of tongues. Windows 10 Home does support language packs, but the confusion around country-specific distributions and single-language editions makes it hard to know if it officially does or not. Windows 10 Pro comes out of the box ready to download and install different language interfaces. 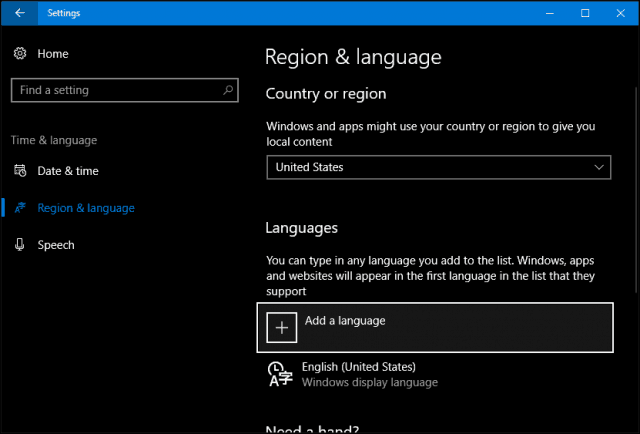 The rise of BYOD – bring your own device – has changed the dynamic of how we compute. It’s not strange for you to use the same Android or iOS device at work to access resources on your Exchange, Microsoft Teams, SharePoint, or OneDrive for Business. Yet you use these same devices at home or at work to catch up on the latest tweets, listen to your Spotify or manage your home spy cam.

The same is probably true of your laptop, which you use at home and work. Features like Domain Join, Network Backup, and File Encryption are primarily used in business environments; not all should be considered as necessarily business targeted. Again, File Encryption and Network Backup might actually be useful for protecting sensitive files or backing up precious family memories to a NAS. Remote Desktop is another feature included in Pro; Home offers Quick Assist, but Remote Desktop is a lot more flexible and could actually be a better support tool for remote family members or friends. 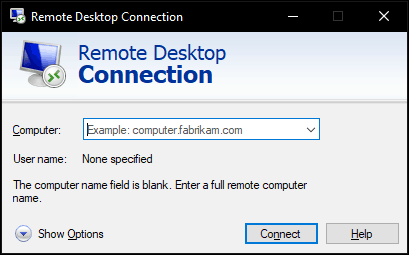 Is there a reason not to get Windows 10 Pro, though? The cost is a factor—it’s $100 extra, and there are issues regarding security. Because Windows 10 Pro includes more features, this makes the attack surface much broader. A feature not included in Home could be easily targeted in Pro. That’s becoming a weaker excuse over the years; maybe a decade ago, when you ran Windows 2000 Professional, XP Professional, or NT 4 Workstation, it would have been a reasonable excuse to avoid it.

These days, Microsoft develops Windows 10 across the board with security in mind, and even then, if you do feel paranoid, you can disable and remove features you believe could make your system a target. Windows 10 Pro does not use any more or less disk space or memory than Windows 10 Home. Since Windows 8 Core, Microsoft has added support for low-level features such as a higher memory limit; Windows 10 Home now supports 128 GB of RAM, while Pro tops out at 2 Tbs. These are primarily niche features, but they add to the list of reasons why Pro can be a desirable choice.

Support is another area users should consider when deciding. Microsoft expects home users to upgrade to every revision of Windows 10 Home that becomes available.  Meanwhile, Pro users are given greater grace periods, allowing them to skip revisions of the operating for up to a year. The support rights are better, too; you can download updates for up to 6 months after Microsoft retires a revision.

Privacy is another area that might be a selling point for Windows 10 Pro in the future. Microsoft needs to monetize Windows 10 in some way to earn revenue. It’s understandable if the company needs to pay software engineers to keep developing new releases. Users running Windows 10 Home will sometimes notice that the Start menu will advertise apps you can download from the Store. Additions like this are hard to get rid of and might even become mandatory in future releases.

Windows 10 Pro seems like the best edition to get—it’s a jack of all trades, and even features that would seem worthy in a home environment are becoming exclusives in Pro with each revision. So, if you can, default your choice to Pro or take advantage of the Pro Pack upgrade. Yes, it costs a bit more, but with the new free upgrade benefits, your investment in Windows 10 Pro only gets richer with each update.