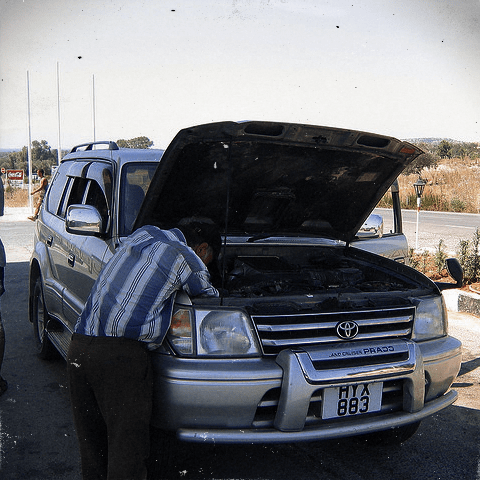 A mechanic isn’t cheap, so paying one just to “have a look” for what might be only a minor issue is something you want to avoid unless your car is still under warranty. This little gadget lets you run your own diagnostic.

Even if you spend a lot of money on a car, it will eventually break down. And if you don’t spend very much, then it’s almost sure to have problems. In either case most mechanics out there will charge a minimum of $50 just to take a look at it, and that usually just involves them plugging in a scanner and then referencing the code. There are some shops out there that might offer to diagnose the problem for free in hopes to gain your business for the more expensive work of fixing it. The problem with the latter is it involves both trusting the shop not to mislead you on what’s wrong and relying on the troubled car to drive to the mechanic with the check engine light on.

What if I told you there was an inexpensive little tool that allows you to perform the meat of the diagnostic at your convenience, it hooks up to your car’s onboard computer, and it fits in your glovebox; would that be something you’re interested in? Enter in the onboard-diagnostics (OBD) reader. The one in particular that I tested out is the MaxiScan MS300 which ran for only $15 on Amazon and is the most highly rated   product of its kind. 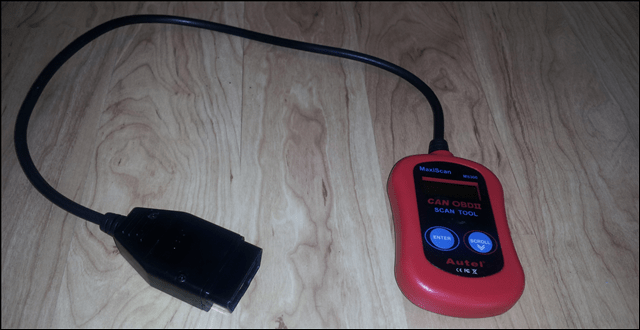 Keep in mind this isn’t the end-all-solve-all solution for car problems, but every time the check engine light (CEL) comes on, an OBD reader can tell you why. The cheap one that I tested out only gives you the corresponding CEL code that you have to reference yourself, but that is as easy as typing it into Google. Some of the more expensive scanners offer detailed descriptions of the code, assuming that your car make and model is within its information database.

How to use it

Each OBD reader works generally similar, but there may be a few extra features depending what model you purchase. On the simple one that I bought it just plugs in and then gives you the option to read and scan the codes, or clear the codes completely to forcibly turn off the CEL.

In almost all vehicles there is an OBD port located underneath the steering wheel or near the driver seat. If you’ve ever had emissions testing done this is often the same port that the state inspection plugs into your car.

To use it, just plug in the OBD reader to the port on the car and it should automatically receive power and signal through the port. Then scan for the codes and write them down. Take the codes to Google, do a quick search for them, and then you’ll have a good idea of why the check engine light came on what how to fix it. 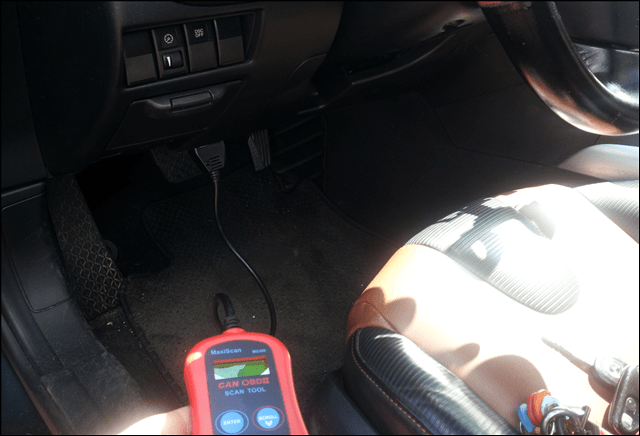 For example, in my car I had the engine light come on so I plugged in the little OBD reader. It pulled up code P0130, so I punched it into Google which took me to a forum that talk about that code in the car. It turns out it was due to an oxygen sensor not picking up readings and it just needed to be cleaned or replaced. I tried cleaning it first, and the problem went away. What did it cost me? About $15 for the reader and 15 minutes of my time. That is sure a lot less than a mechanic would have charged!