Google already gave you a heck of a deal on Chromecast at only $35, and there are other deals that regularly appear that you’ll want to check for.

Google already gave you a heck of a deal on Chromecast at only $35, and there are other deals that regularly appear that you’ll want to check for. Here’s a look at how to pull up the special offers using the Chromecast app on Android or iOS.

Check Chromecast for Offers and Deals

To check your Chromecast for deals, open the Chromecast app on your smartphone or other device (this works the same on iOS and Android.  Select the Chromecast you have, or if you have multiple ones, you can check each one at a time.

Next tap the settings menu at the upper right corner and then tap Check for offers. 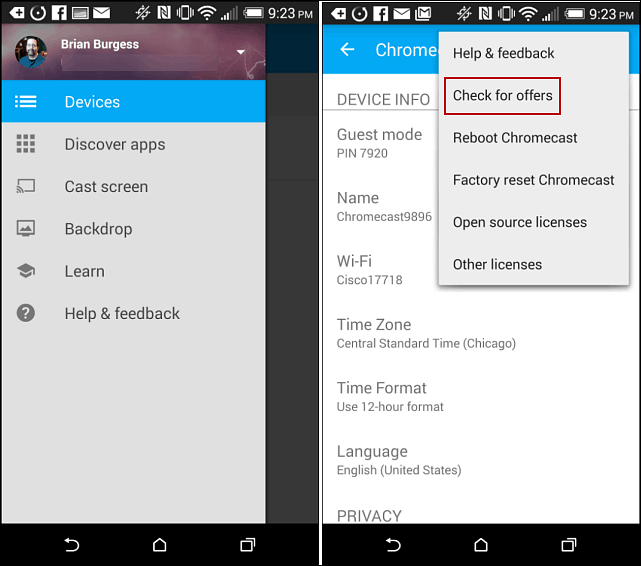 As shown in the screenshot below, I found six offers for my Chromecast. The deals shown will vary between Chromecast devices, depending on how long you’ve had it, and which special offers that you already accepted. 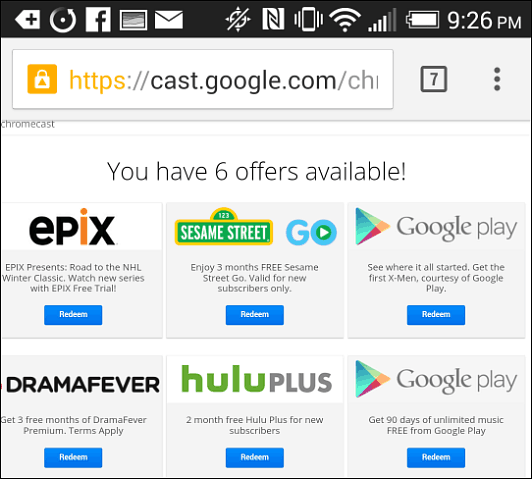 Most of these deals are trial periods for channels or extended previews – not anything super great like a couple free movies. Nonetheless, you should check them from time to time as you never know what might pop up.

Speaking of deals from Google services, earlier this year I covered the recently added Google Play channel for Roku. Make sure to check that periodically too for free movies and/or other programs.