Changing the Color Theme in Office 2013 was not possible until the Office 2013 RTM release. Good news is it’s possible and here’s how to do it.

Update: If you are running a newer version of Microsoft 365 (formerly O365), read our article on changing the Office Color Theme. You can also change the color theme on Office for Mac.

Changing the Color Theme in Office 2013, including Outlook 2013, Word, Excel, was not possible until the final RTM release, which is unavailable on Technet and Volume Licenses sites at Microsoft. This has been a very sore subject with the Office 2013 Preview as the default White theme has been quite painful on the eyes. So changing the colors was the first thing I checked on after installing the RTM, and I’m excited to announce it is possible, and here’s how to do it.

Again – This only works with Office 2013 RTM “Release to Manufacturer.” You cannot change the theme colors in the Preview. 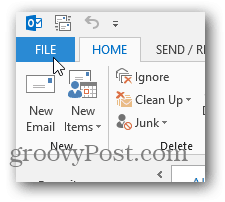 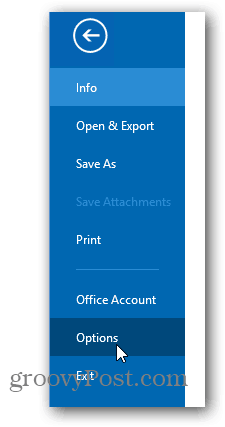 On the General Tab, click the down arrow under Office Theme to choose a new Office Color. White, Light Gray, and Dark Gray are the available options. 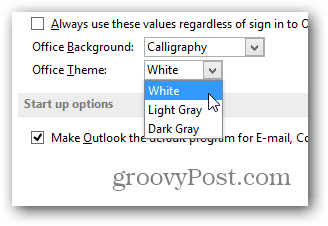 Once you choose a new Color Theme, it will take effect in all Office apps including Outlook 2013, Word 2013, Excel 2013, etc. Here’re a few screenshots of the new look. 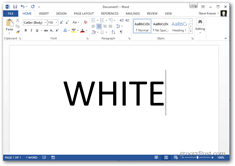 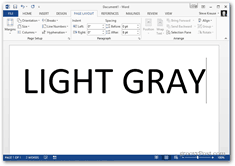 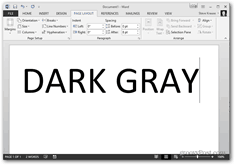 My favorite is the Light Gray; however, I was also getting quite used to the White Color Theme. Microsoft is apparently trying to maintain a particular look here because the colors are relatively limited vs. Office 2010.