Spammers blowing up your iMessages and FaceTime? Or just sick of getting late night calls from your ex? Blocking contacts and unknown callers is (finally) easy on the iPhone.

iPhone users rejoice: You can now block callers (and FaceTimers and texters) and without any awkward workarounds. I have no idea why it took Apple so long to implement this.  But they finally did. And it’s pretty slick.

In a nutshell, here’s what you need to know about blocking iPhone contacts:

Got it? No? Okay, here are some screenshots and a walk through.

The easiest way to block an iPhone contact is from the Phone app.

Open the Phone app and then find the contact you want to block either in the Contacts tab or the Recents tab. 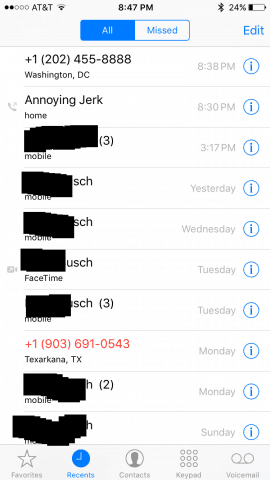 If you’re pulling up the contact from the Recent tab, touch the little blue i icon. If it’s an unknown caller, this is how you have to do it.

If you’re pulling up the contact from the Contacts tab, just tap their name. 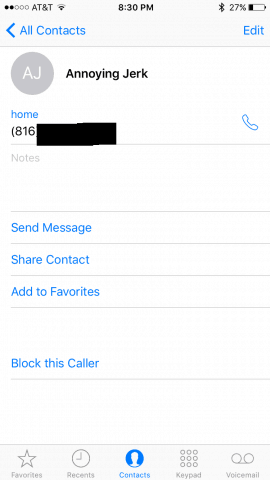 When you have the contact info up on your screen, scroll to the bottom and tap Block this Caller. 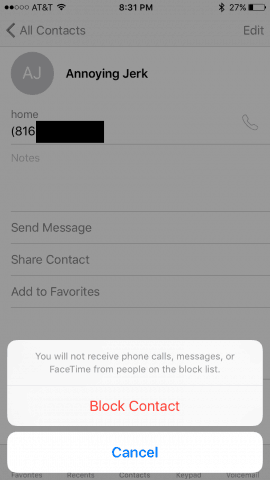 Congratulations! This person or robocall is now dead to you.

If you want to hear the pleading apologies of the person you just dropped from your life, go to your Phone app and tap the Voicemail tab.

You’ll see a folder called Blocked Messages. Tap it to listen to voicemails from blocked callers. 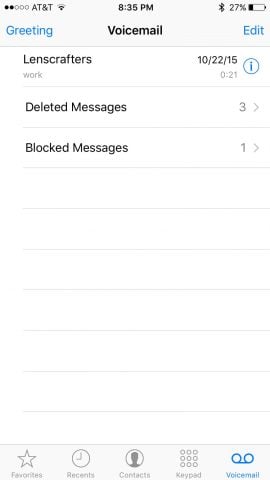 You can unblock people by going to Settings –> Phone –> Blocked. 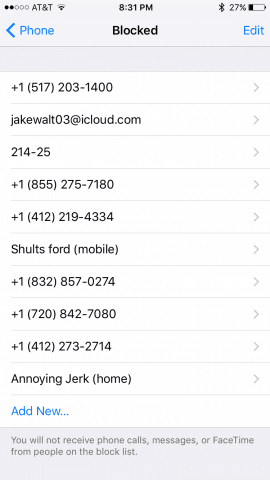 To remove people from the list, tap Edit then tap the little red dots. 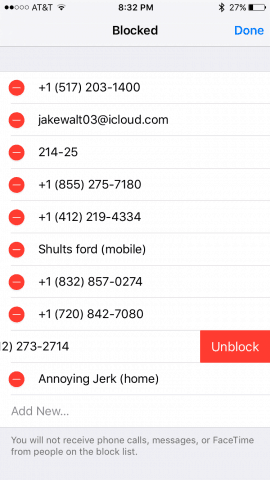 When I opened up this screen, I was surprised at how many people I’ve blocked and forgotten about. I wonder if any of them are important people to me who I’ve forgotten to forgive…

Here’s a bonus tip for those who frequently get text spam. Go to Settings –> Messages and then scroll down to Filter Unknown Senders. 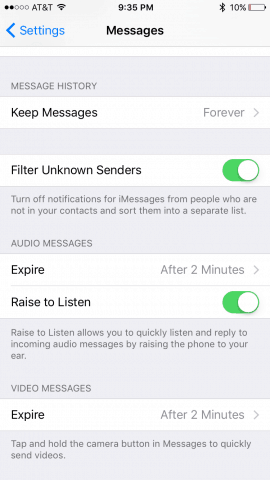 If you activate this, you won’t get notifications from texters who aren’t in your contacts. Instead, they’ll go into a separate folder that you can check now and then. 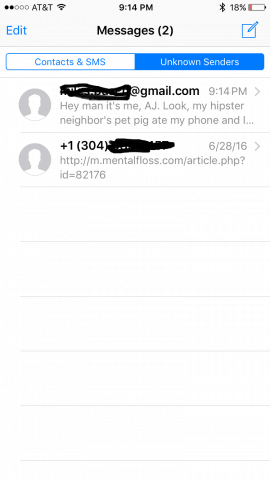 So there you have it. Pretty simple. For the most part, blocked contacts won’t know you’ve blocked them, but I’m sure they’ll figure it out sooner or later.

Until then, go forth and deny the world an audience…