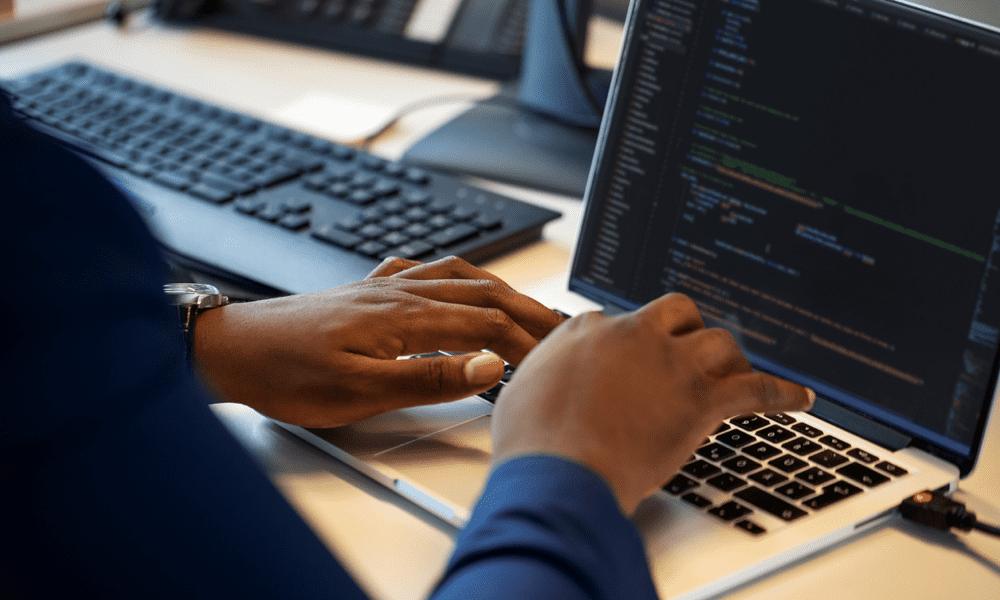 A good text editor is worth its weight in gold. We take a look at some candidates for the best text editor for Mac in this guide.

Your Mac comes with its own native text editor, imaginatively called TextEdit. If you just want to jot down a bit of text, it can do the job fine. However, if you want to write some code, it lacks many of the useful tools that can make your life so much easier. Thankfully, there are plenty of text editors for Mac that you can choose from.

Whatever your reason for looking for a great text editor, there are options that can meet your needs. Let’s take a look at some contenders for the title of best text editor for Mac. 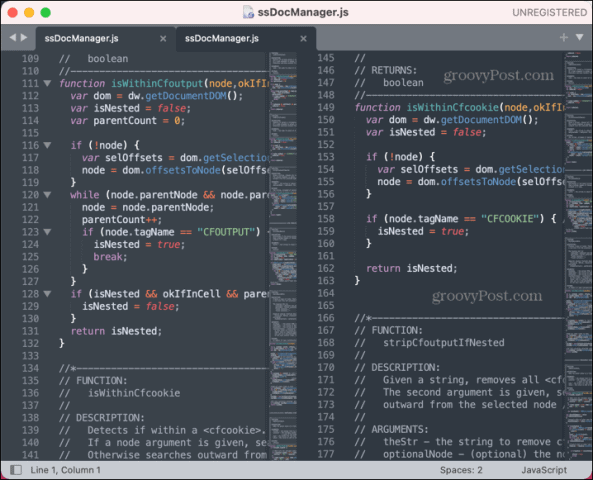 If you’re looking for a feature-packed text editor for Mac then Sublime Text is a highly popular choice. It includes native support for Apple Silicon, so you’re covered no matter what type of Mac you’re using.

It has native support for multiple programming languages and utilizes a Python API to allow you to install and use a wide range of plugins. There’s a command palette of frequently used commands, and, split editing.

Sublime Text also includes context-aware autocomplete and syntax definitions, making it a great text editor if you’re relatively new to coding. You can view a single file or multiple files in split-screen, and if you’re planning to use Sublime Text for word processing, the Distraction Free Mode can help you keep focused.

You can download and use Sublime Text for free if you want to give it a try, but if you want to keep using it, then you’re encouraged to purchase a license. 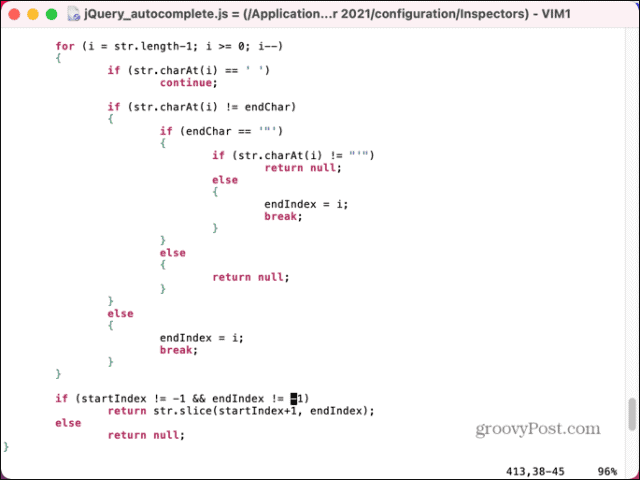 MacVim takes the command-line tool that you can access through the Terminal and adds a somewhat basic GUI. It has a huge set of commands that can take some time to get to grips with but reward patience. There are also a huge number of highly useful plugins available, such as automatic code completion, commenting tools, and Git integrations.

Vim isn’t the best bet if you’re looking for a text editor to use as a word processor. Open a new window and start typing and your text won’t even appear. That’s because unless you’re in Insert mode, your keys are used for commands rather than typing. 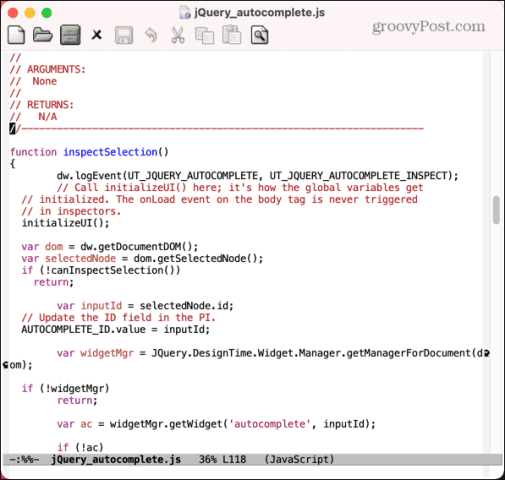 Another text editor that’s similar to Vim is Emacs. Although Emacs was created as a free text editor for GNU operating systems, it is available for use in macOS. This is a text editor aimed at those who know what they’re doing. It won’t hold your hand or help you to learn to code, beyond some basic color coding.

Once you get over the fairly steep learning curve, there’s a lot to like. Emacs uses a system of thousands of commands, that you can combine in macros to automate your common tasks.

You can download and install extensions such as syntax checkers, and it comes with a wide range of additional features such as a newsreader, a programmable calculator, and even its own email client. 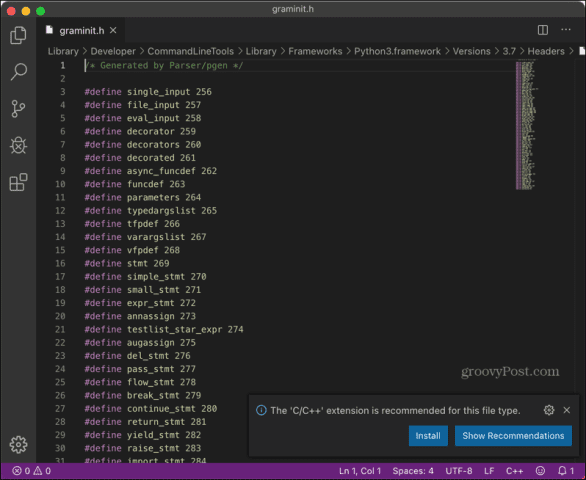 Visual Studio Code is a free code editor built by Microsoft on the Electron framework. As you would expect from a Microsoft app, this text editor looks a lot prettier than many of the options on this list.

Looks aren’t all it can offer, however. There’s support for a wide range of programming languages and includes features such as autocompletion suggestions and documentation pop-ups that are useful for both novices and experienced programmers. It’s probably best suited to someone who falls in between these two extremes.

There are also plenty of useful add-ons that can make VS Code even more powerful. You can add support for additional languages, enhanced commenting, and custom user themes. There’s also a zen mode to help you remove any distractions. 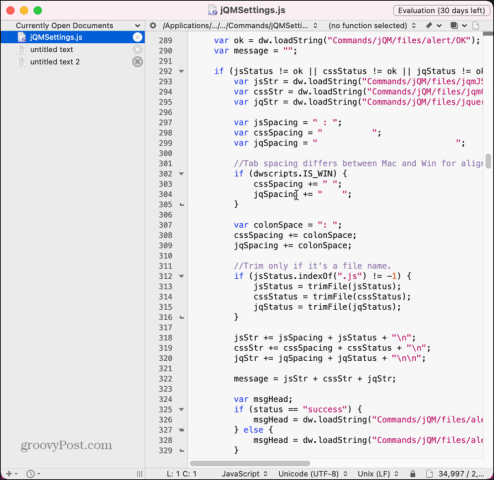 BBEdit is also the only option on this list that’s available to download through the Mac App Store. The app is free to use for 30 days. At that point, you can keep using the app, but some advanced features will no longer be available without a subscription.

It’s not the most modern-looking option on the list, with a side menu showing currently open files rather than the tabs used by text editors such as VS Code. However, it packs a punch, with a wide range of features, including autocompletion, code folding, and syntax highlighting. You can also integrate directly with Subversion and Git. It’s possible to integrate with other version control systems via add-ons.

A lot of the tools in BBEdit make it a great choice as a writing app, especially for people who write online. There are useful text manipulation features, and the Notes tool allows you to jot down ideas, or even create them directly from other text on your Mac.

Choosing the Best Text Editor for Your Mac

If you’re looking for the best text editor for Mac, give one or more of the options above a try. Do you have a favorite text editor that you feel should have been on this list? Please let us know in the comments below.