After a major Windows 10 update, a lot of times your default apps are reset to Windows 10 defaults. Here’s an easy way to get them back without resetting each one.

After installing a major Windows 10 update, a lot of times your default apps are reset to Windows 10 defaults. For example, if you change the default web browser from Microsoft Edge to Chrome of Firefox, after an update, it might be set back to Edge.

I’ve heard from several readers that this type of thing is happening to them even after installing minor cumulative updates, too. I’ve had this happen to me. Since I deal with a lot of screenshots every day, I set my default to Windows Photo Viewer, and after the November Update, it was switched back to the built-in Photos app.

It’s also worth noting that I set my default program for most music and video file types to VLC, and a major update might reset them back to Groove Music or the Movies & TV app. There are several other examples I could give, but you get the idea.

For additional information on how to change your default programs, read our article: How to Set Default Programs in Windows 10.

Back Up Windows 10 Default File Associations

To make things easier, the next time Windows 10 gets a major update, your best bet is to back up your current file associations. You can do this manually through the Registry, but there’s an easier way. Download the free utility that will do it for you called Default Programs Editor.

After you download it, just extract it to a convenient location and run it. No installation is required so you can run it from a flash or network drive. 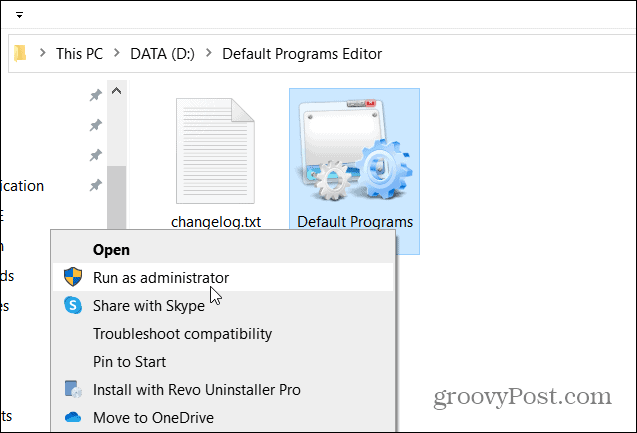 When it launches click on Create or restore a backup of registry settings link at the bottom. 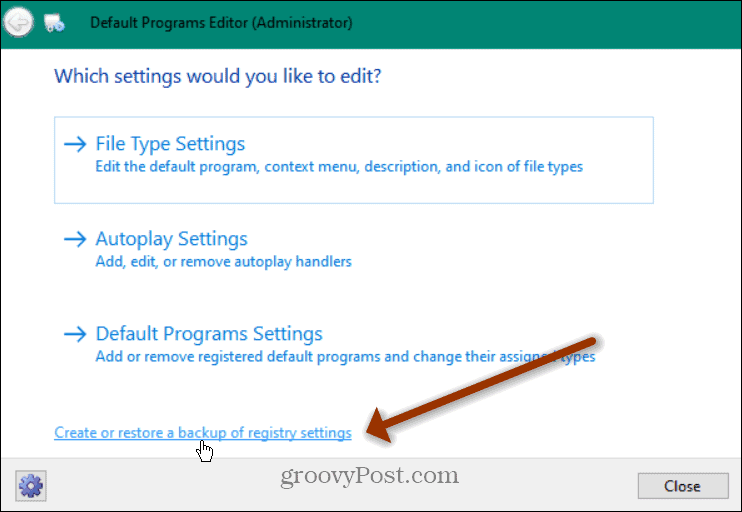 Next click on Create a backup. You’ll probably want to do this anytime you make a lot of file association changes or create different backups for different PCs. 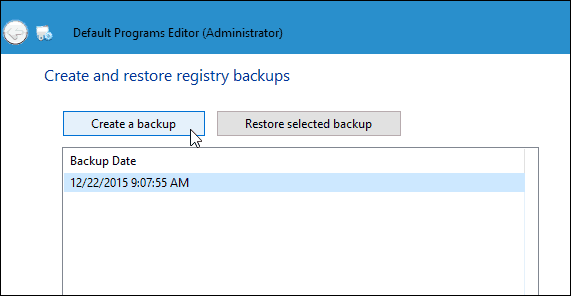 When you want to restore your settings after a major update, just launch the app again. Select the backup, and then click Restore selected backup. I should mention that I used this on the current stable version of Windows 10. As well as an Insider build and it works on both. 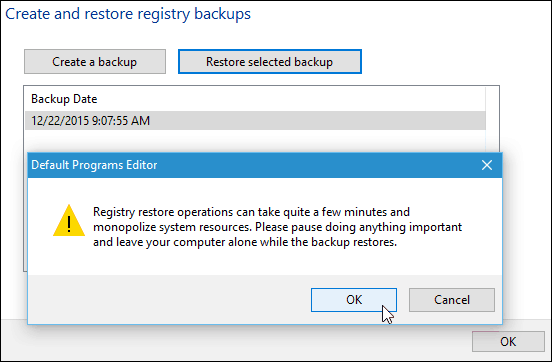 If you are an advanced user, you can manually back up the Registry key for file associations. Go to the following path and export the key to a secure location: 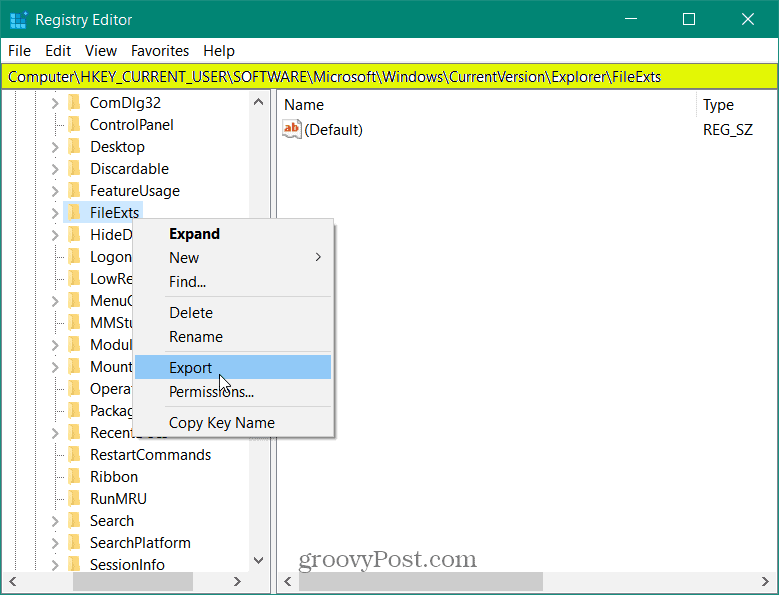 After restoring the key after a major update, a restart might be required.

Microsoft really wants you to use its new universal apps built into Windows 10, and I like most of them. But I have programs set to make my workflow as efficient as possible. I am sure this is the case with most users. And resetting everything after an update is annoying (to say the least). Hopefully, this will make things easier for you the next time a big update comes along.

If this does or doesn’t work for you, leave a comment below and let us know your thoughts. Or for more detailed questions, head over to our Windows 10 Forums for additional help.