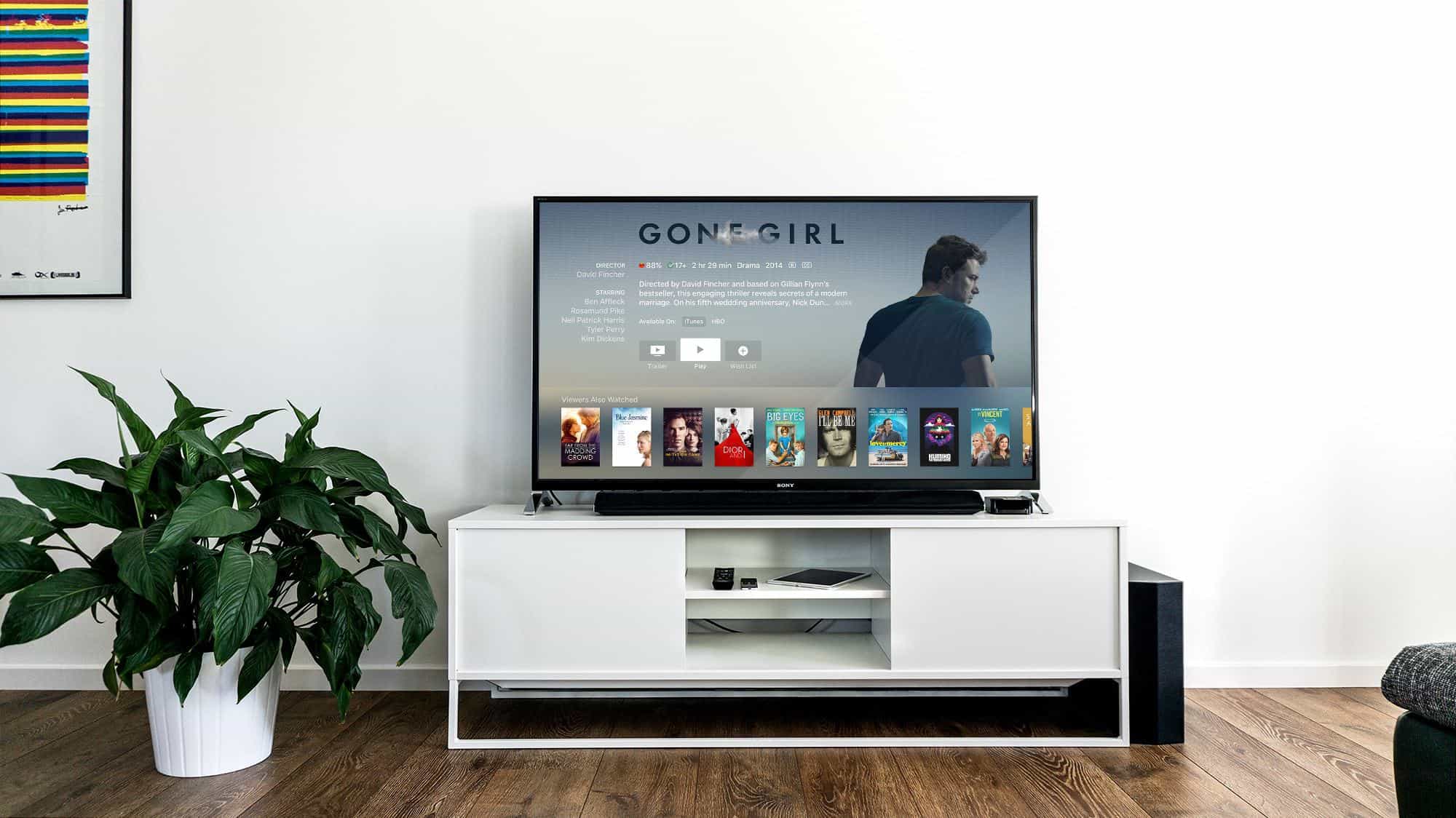 If you are invested in the Apple ecosystem and have an Apple TV, using the AutoFill feature on iOS and tvOS 12 to log into apps and services is a breeze.

Having to hunt and peck your way through an on-screen keyboard to enter account credentials is annoying. Using the mobile app can make typing easier from your phone or tablet. And Apple TV does remember previously used email addresses you can use later. But you can also use the AutoFill feature that is part of the Apple ecosystem. Apple TV can take advantage of the AutoFill credentials on your nearby iPhone or iPad when you need to log in with your Apple ID or to Netflix or Hulu.

Use AutoFill for Apple TV

On your Apple TV, navigate to the username/password field for the app you want to log into — Netflix, Hulu, HBO Now, etc. Then tap the Apple TV Password AutoFill notification that pops up on your iPhone or iPad. 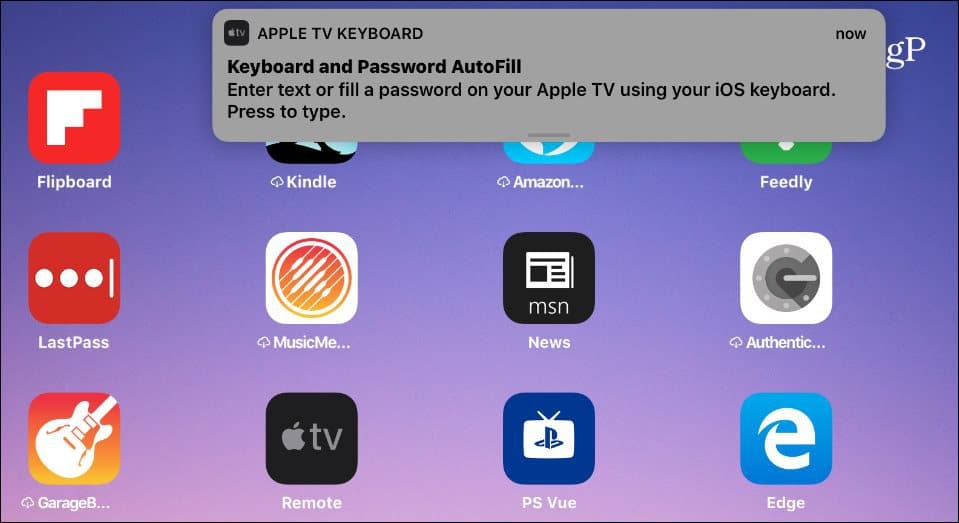 Then, tap the AutoFill credentials you want to use. For example, on iPad, the AutoFill suggestion will display on top of the keyboard. Also, enter your authentication with Face ID, Touch ID, or your passcode (if required). 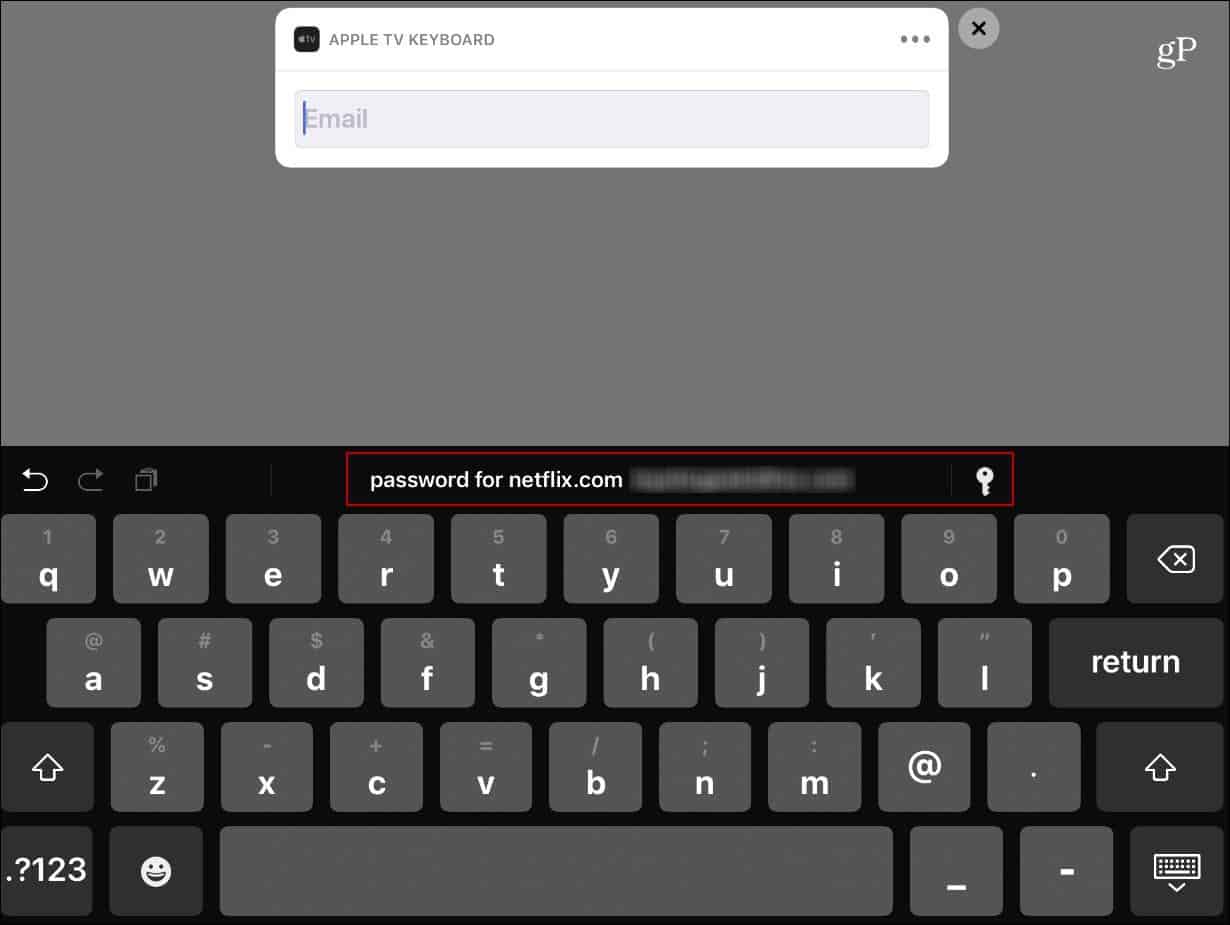 You may also need to enter the two-factor authentication code – especially if you have 2FA enabled for your Apple ID. Usually, you won’t need to enter in the extra 2FA code if you’re logging into Hulu or Netflix, for example. But it will be required for Apple ID logins and services you purchased through Apple, such as HBO Now. It’s also worth mentioning that iOS 12 can access third-party password managers like 1Password if you have that option set up.

Another thing Apple TV does to make logins easier is to keep your previously used email addresses. This is helpful for logins even if you don’t have another Apple device in your house. When an account field comes up that requires one, it will give you a list of addresses you’ve used before. Unfortunately, one thing I’ve noticed is it will keep email addresses you typed incorrectly. Or, maybe you want to clear them out for privacy and security.

To clear them, head to Settings > General > Keyboard and Dictation > Previously Used Emails. Select the Edit button and then clear individual emails or the entire list of addresses. 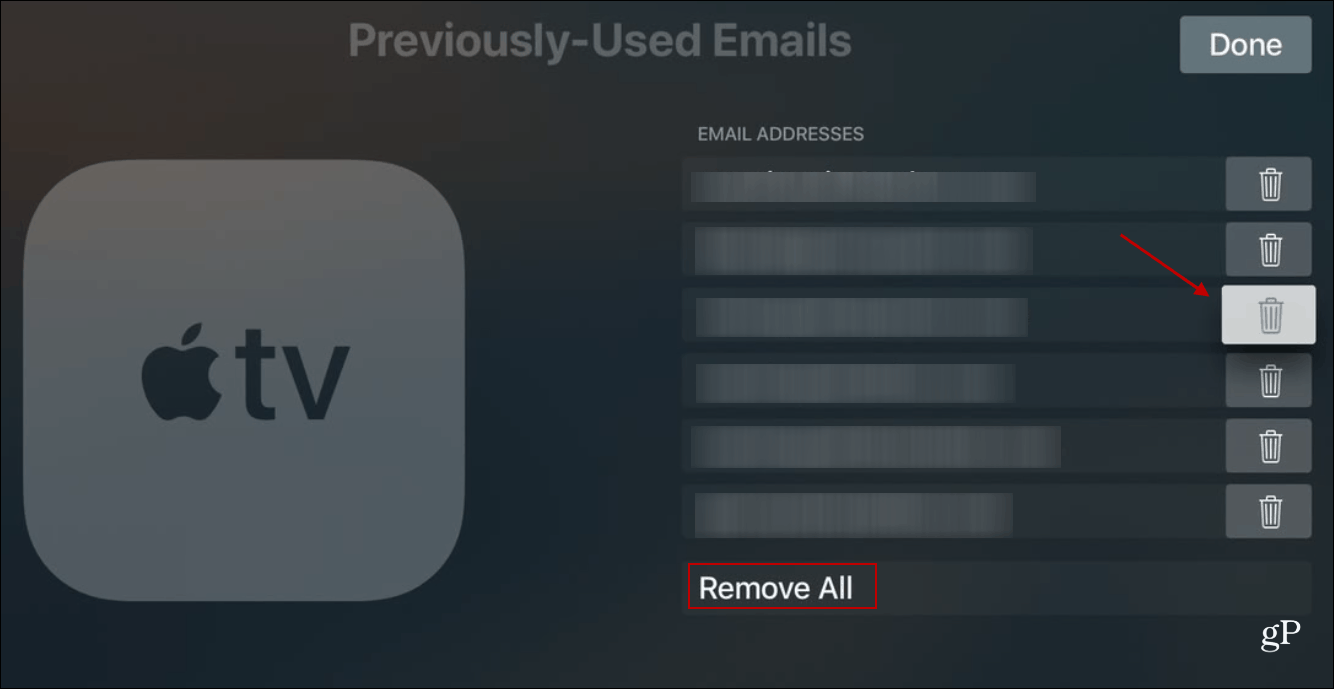 If you’re invested in the Apple ecosystem, with your phone or tablet nearby when using Apple TV, it’s nice to have the AutoFill feature. A couple of screen taps is much easier than hunting and pecking your way around the on-screen keyboard – especially with the Apple TV Siri Remote.