If you own an Apple Watch you can use it to approve tasks on your Mac. Here’s how to set it up to do it.

If you own an Apple Watch, you’re almost certainly also to have an iPhone. The same goes for a Mac. It’s because of this connection between Apple Watch and Mac that Cupertino makes it possible for the former to open the latter. Now you can also approve tasks on your computer on your wearable device. Let’s take a look.

Finally, your Mac and Apple Watch must be using a password and passcode, respectively.

To turn on Auto-Lock (and the ability to approve tasks) on your Mac for Apple Watch:

If you have more than one Apple Watch attached to your Apple ID, choose the Watch you want to use to unlock your apps and Mac. 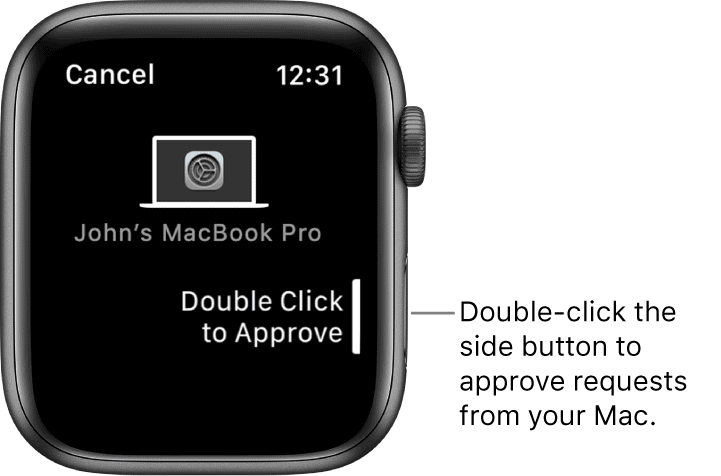 Among the tasks on your Mac that require authentication is the ability to view passwords in Safari, unlock notes or preferences, and approve app installations. When unlocking from Apple Watch is active, you’ll receive an approval request on the wearable device during each of these situations.

To approve a request, double-click the side button of your Apple Watch. Otherwise, continue approving the request on your Mac using your password or Touch ID.

If the approving of tasks isn’t showing up as an option on your Apple Watch or Auto-Lock has never worked or is now causing problems, you should consider the following troubleshooting points to resolve the issue.

If you’ve been using Auto-Lock and the approving of tasks successfully and suddenly neither works, redo the process.

The Apple Watch Auto-Unlock tool is a quick way to open your Mac without using a password or Touch ID. Being able also to approve tasks from your wrist takes this integration to a fun new level.