Apple’s new iPad is finally available for purchase!  At a price of $499 (for the basic WiFi-only model) there are still plenty of reasons to justify not buying it (um.. no 3G for one,) but then again it’s a shiny new device from Apple and who doesn’t like those?  If you’re still on the teeter-totter trying to figure out whether you want one, it could help to see what the web looks like while using an iPad.  I’ve tested out a few sites myself, and I have to say – it looks good.  Once the iPad WiFi/3G Model starts shipping – yeah, I’ll probably nab one.

Many of the popular websites on the Internet, Twitter, Facebook, Google, Gmail, Bing, etc., are all jumping up and creating new unique interfaces designed just for iPad users.  Although the interfaces are designed specifically for use with a touch screen, you can still get around many of them just fine with a mouse.  Now’s your chance you surf the web with your iPad before you buy it, or at least try out a fun trick with Firefox!  Oh yeah, Try-before-you-buy baby! 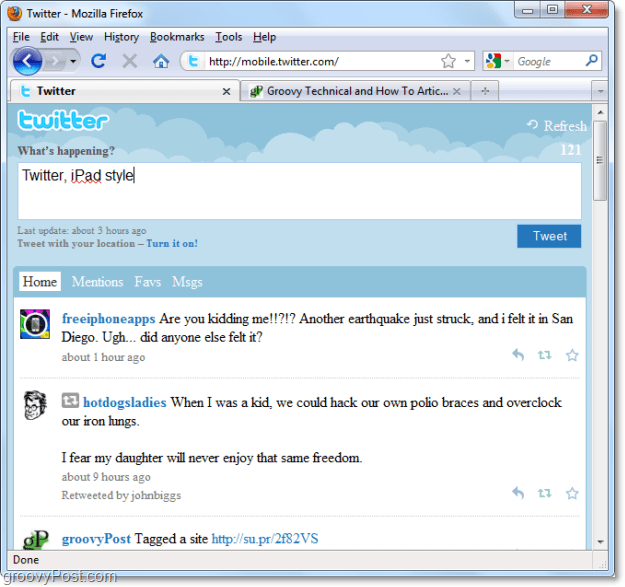 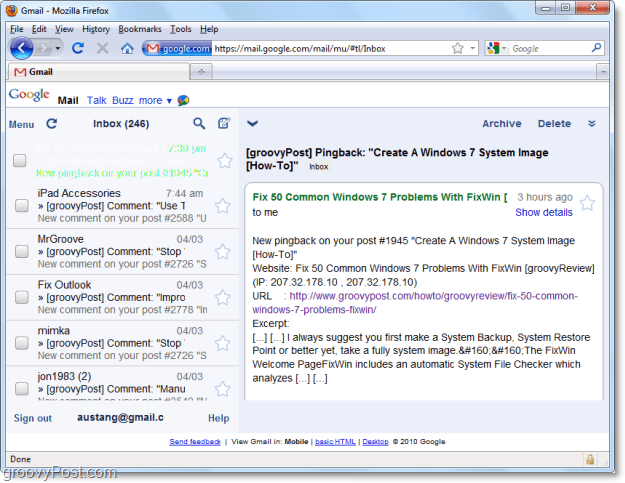 Ready to give it a try?  This groovy trick is somewhat of a spoof, so keep in mind that not all sites will work 100% because we aren’t on a real iPad.  Let’s get down to business.

1. In Firefox visit: https://addons.mozilla.org/en-US/firefox/addon/59.  Once there Click the Add to Firefox button to add User Agent Switcher as an add-on. 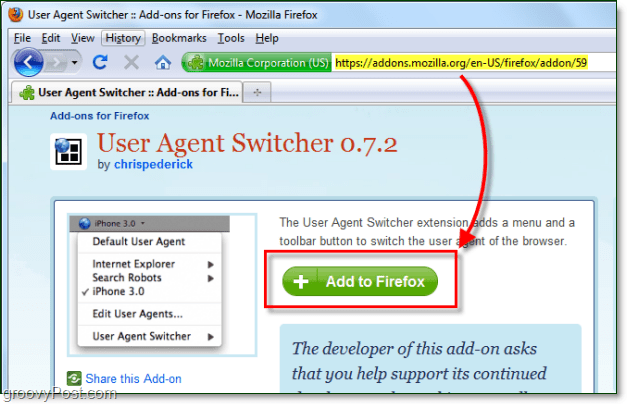 2. While installing the add-o, Firefox will have to restart.  Once Firefox is back up, Click Tools > Add-ons. 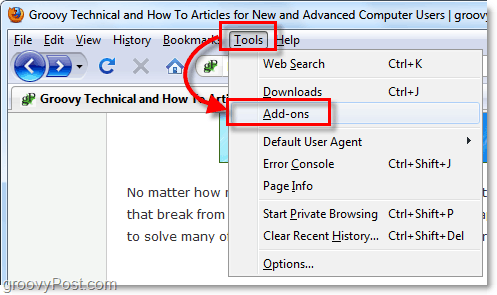 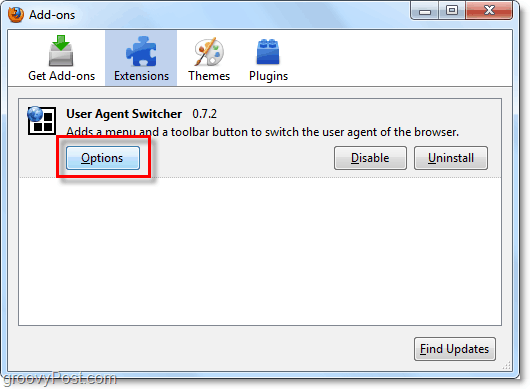 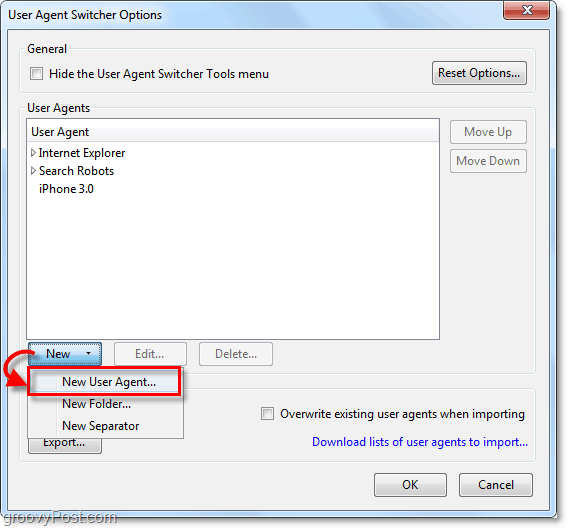 5. This next part is crucial.  Place the following for each category exactly, or copy the image below.

Once you’ve entered all of the fields, Click OK and go back to Firefox. 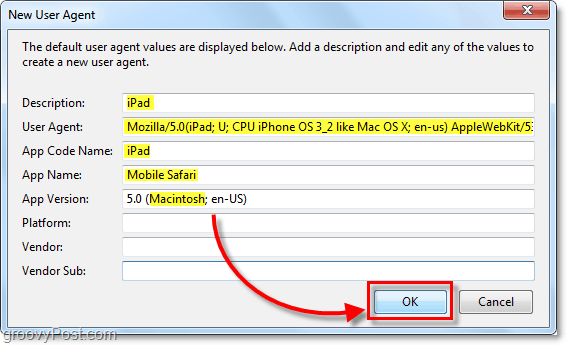 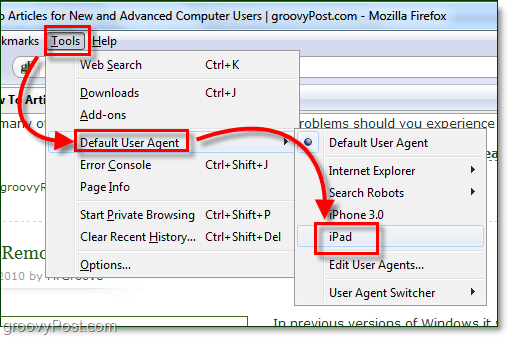 Once you switch the default user agent, every website you visit will think you’re using an iPad!  I particularly enjoyed Google’s new interface for many of their services.

Do you have an opinion about the iPad?  We would love to hear it below in the comments!

Google Services on the iPad and Tablet [via theGoogleOS.com]