A cool feature in iOS is the ability to create Photo Albums without first connecting the device to a computer and doing it via iTunes like you had to do before.

On your iPhone, iPad, or iPod touch, tap the Photos icon from the Home Screen to launch the Photos app. 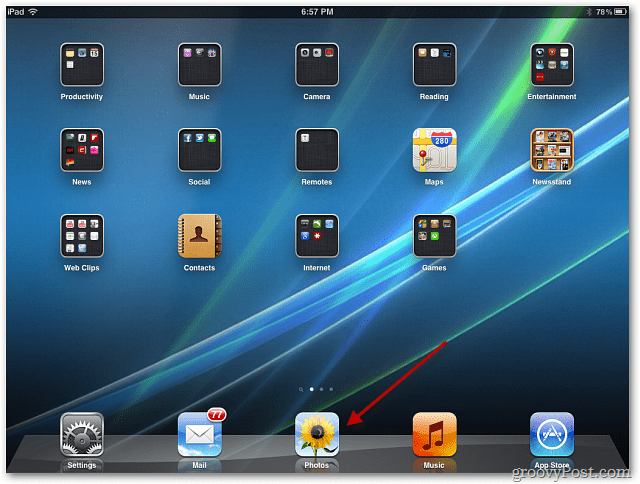 Next, select the location you want to create you album from. Select either Photos, Photo Stream, Albums or Places. Here I’m going to make an album from the pictures I have on my Photo Stream.
Tap the Edit button in the upper right corner. 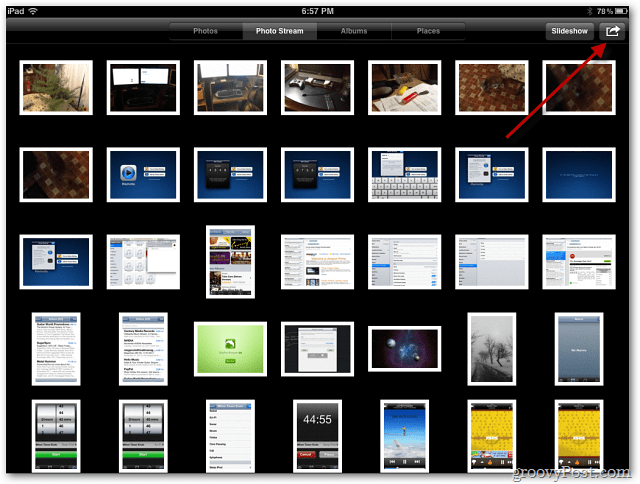 Then scroll through and tap each picture you want in the album so a blue checkmark icon appears on them. As you can imagine, since I write so many How To articles, I have ton of screenshots. 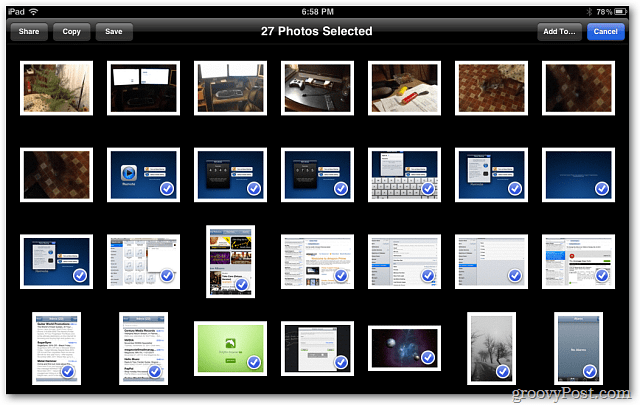 Now tap the “Add To” button on the upper right corner. Then Select Add to New Album. 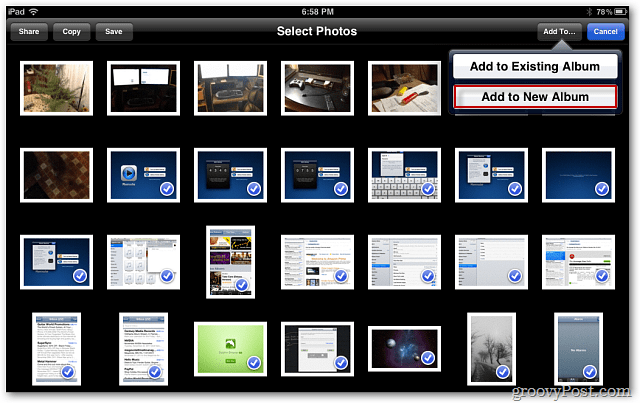 Type in a name for the new photo album and tap Save. 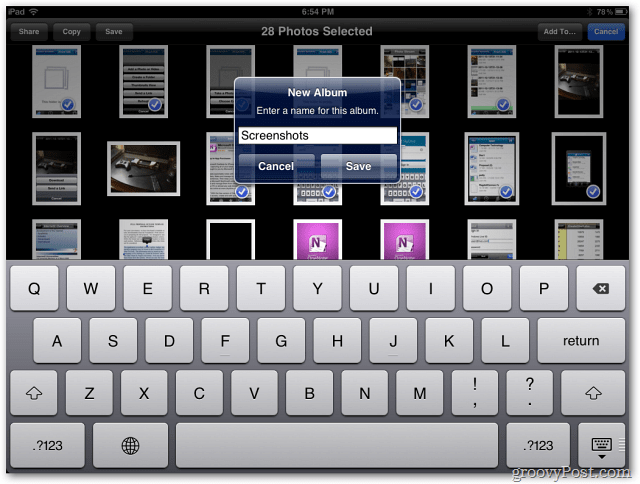 There you go. The Albums screen will show next with the new album you just created.

If you take a lot of pictures on your iDevice, this is a great way to keep them organized.