Apple Carplay is like having your iPhone built into your car. Here’s an overview of what you can expect from the car system.

Back in 2014, Apple introduced CarPlay as a new way to extend your iPhone’s capability to your vehicle. I recently when shopping for a car, it was the killer feature I had to have. Now I can’t imagine life without it. Here is how it works and why you might also fall in love with it.

CarPlay is an extension of your iPhone into your car’s entertainment system. I always like to think of it as a second screen for your iPhone, similar to how you might use AirPlay to show your iPhone on your TV. That’s probably why the two technologies share the same naming conventions.

Unlike AirPlay, though, you control your iPhone through your car’s head unit and a subset of CarPlay-enabled apps. For example, while WhatsApp, Telegram, and Messages support CarPlay, Facebook Messenger, Skype, and Slack do not.

What Do You Need for CarPlay?

From the Apple side, you’ll need an iPhone 5 or later, along with most likely a Lightning data cable. While some cars or after-market accessories support Bluetooth, CarPlay often works better when connected directly.

Your car also needs to support CarPlay. That could be via the included head unit or an after-market one. I’ve tried both. The one advantage I’ve seen with having original equipment (OEM) system is that Siri is built into the steering wheel. It’s like pressing the home button on your phone. After-market ones rely on using the verbal command “Hey Siri” or touching the car’s display.

How Do You Use CarPlay?

Once you plug in your Lightning cable and turn on the car, you’re good to go. Now you can interact with your iPhone directly from your car’s hands-free system. You can listen to music from a variety of sources like Apple Music, Spotify, and Pandora. The navigation apps are the usual suspects: Apple’s Maps, Waze, and Google Maps. 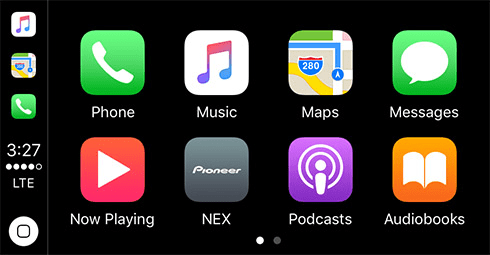 Making calls and responding to messages is just like using Siri. Once you engage Siri either through the steering wheel, the Hey Siri command, or the head unit, you dictate messages and commands.

Why is it Better than Bluetooth?

Most cars out there today support Bluetooth pairing to an iPhone. That lets you make and answer calls right through your car stereo. Bluetooth can sometimes be unreliable. It’s subject to interference and sometimes just gets glitchy. Maybe your phone is doing too much. Maybe you just came from the gym, and it’s still paired with your headphones. That’s happened to me more than once. You might need to upload your address book to the car. Since my phone has a few thousand names in the address book, this was a hassle. I also didn’t like the fact that anyone who had access to my car had my entire address book.

With CarPlay, you don’t have the pairing hassles. It just works as soon as you plug it in. The quality of calls and music is better. We don’t have to wonder whose phone is paired up for a family that shares a car like mine. If it’s plugged into CarPlay, that’s the phone that is connected to the car! Too often, when both my spouse and I were in the car, the vehicle semi-randomly decided which phone to connect to. Whoever wasn’t driving had to turn off their Bluetooth.

Why is it Better Than Your Car’s Entertainment System?

Since CarPlay tends to be built into higher-end cars, it seems redundant also to have your iPhone accessible. Your car probably has music and navigation already built-in.

Whenever I get a rental car or drive someone else’s car, I feel like I’m learning a whole new operating system. Technically I am. Toyota’s head end is going to be different than Tesla’s. It’s not intuitive. I still don’t know how to use the navigation system in my car and don’t really care 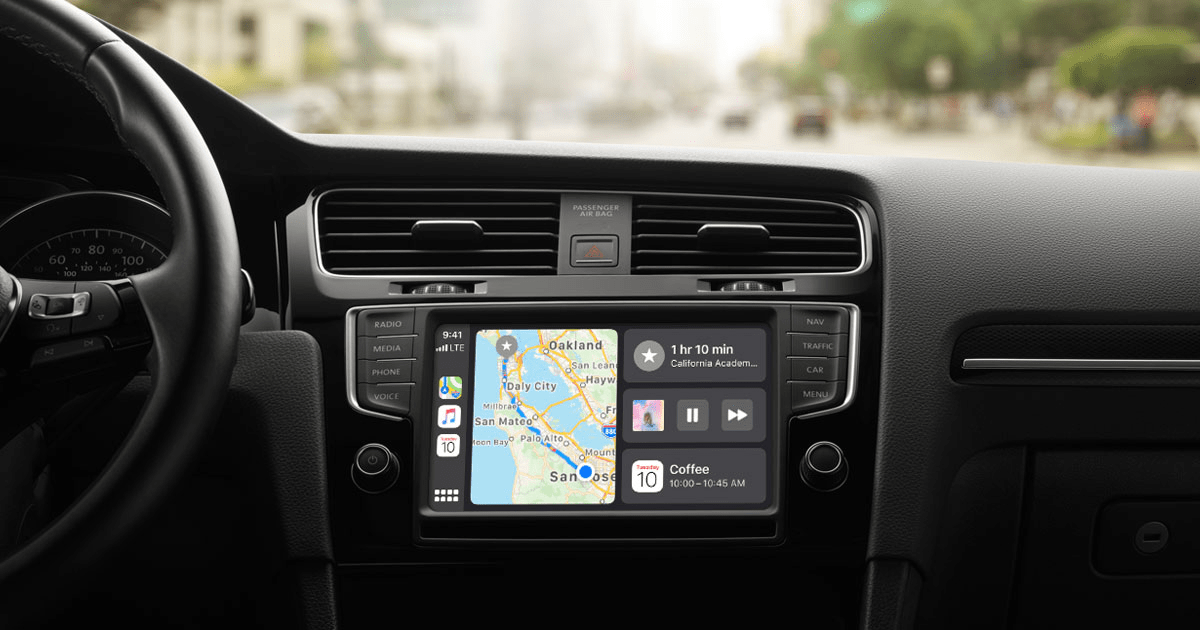 Since I know my iPhone, I plug it in, and everything works the same way. I have the same list of call favorites and destinations in Waze. There’s nothing to learn.

Portability Between Cars and Locations

Right now, multiple people in my family drive the CarPlay enabled car. When one of us plugs in our phone, the experience matches how each of us has customized our phone. For example, I prefer Waze, while someone else might use Apple Maps or Google Maps. No problem.

Because the phone controls the car experience, I can preprogram things in my apps without trying to pick destinations while driving. With a built-in navigation system, I have to sit in the car and program my waypoints. I don’t have to drive to do that, but I have to be in the car. Those waypoints don’t travel with me, either. With CarPlay, I put it all in Waze or Google Maps from the convenience of my home, and they’re all with me once I enter the car.

No Need for Updates

To keep my navigation system up-to-date in my car, I have to pay for updates. With Apple controlling CarPlay through your phone, Apple controls the updates. Your maps stay consistent, as well as your apps. As you install a new app, you might find it has suddenly been enabled for CarPlay. When I started using Zoom, I was surprised to see it on my CarPlay dashboard. It only supports audio, which is fine when I’m on a conference call.

Although a recent study noted that CarPlay (along with Android’s Auto) impairs driving more than alcohol, when used correctly, it shouldn’t. It’s particularly bad when you have to touch the screen rather than use the voice interface.

Before I had CarPlay, I’d use my phone for navigation. As I looked at the phone, I’d see previews of text and Facebook notifications, Slack, and dozens of other beeps and buzzes.

Now with CarPlay, I plug my phone in, and the screen goes face down. The only notifications that I see are phone, text, and navigation prompts. None of the other annoyances transfer to the screen. I’m not tempted to check Facebook while driving.

As long as I use the steering wheel interface on my CarPlay, I have almost no need to take my eyes off the road. With my old car, I’d have to enable Siri on my phone to issue some commands, thereby taking my eyes off the road. Sure, I could have used Hey Siri, but with the windows open or the tunes playing, it often didn’t hear me. Pressing the button on the steering wheel, I’m heard 100% of the time.

The major drawback I’ve seen is most Carplay features rely on your data plan. If you’ve lost signal, you’ve lost your navigation and your music. That’s common anytime you use your iPhone instead of your car radio or a GPS, but you notice it way more with CarPlay.

Another obvious problem is it relies on your having an iPhone. It locks you into that ecosystem. If you decide to switch to Android because of work or other reasons, CarPlay won’t work for you. If Apple changes a critical aspect to CarPlay, you might be buying a new phone. I think of all those car systems with built-in 30-pin connectors.

Give it a Try

When I was deciding among cars, taking CarPlay for a test drive was what hooked me. If you do that, be sure to bring your own Lightning cable, car dealers don’t always have it. Since everything resides on your iPhone, there aren’t any privacy worries about hooking up to an unknown car.