Do you ever have someone you don’t feel like talking to keep calling you? If you’re an Android Smartphone user, you can set it to reject calls automatically and get rid of the annoyance.

Do you ever have someone you don’t feel like talking to keep calling you? If you’re an Android Smartphone user, you can set it to reject calls automatically and get rid of the annoyance. 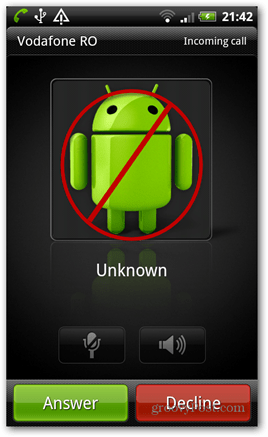 This first option only works, as far as I could research, on some HTC Android smartphones. My HTC Desire HD has it, but quite a few of them don’t. If you have an Android Model that does, let me know in the comments. 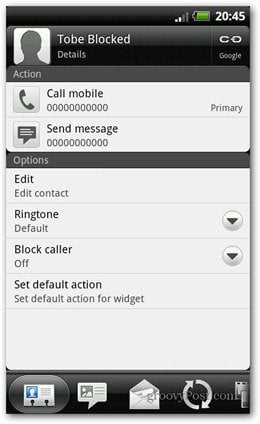 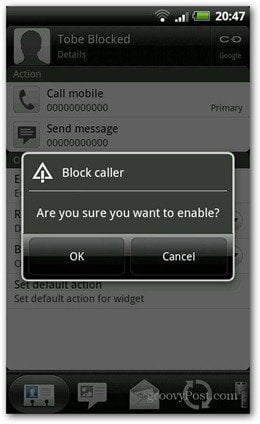 If you don’t have an HTC with that option, here’s a solution for your Android smartphone.  Download the Call Control app from the Google Play Store, here.

Call Control has a simple interface, offering access to its effective features. 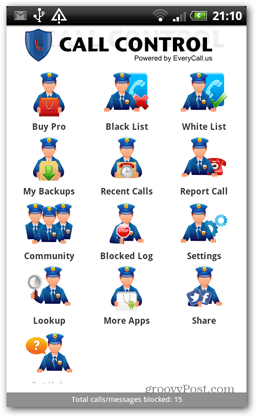 The app allows you to create black and white lists of callers. You can allow calls from people that are only on your white list or ban people on the black list. Text messages will be blocked too.

It also has Community protection features, meaning you can avoid being called by telemarketers and all sorts of numbers that the community reports. You can even look up a number that calls you, to see if it was reported before.

It lets you configure it so calls are sent straight to voicemail, picked up and hung up — the cost is charged to the caller or just mute calls. 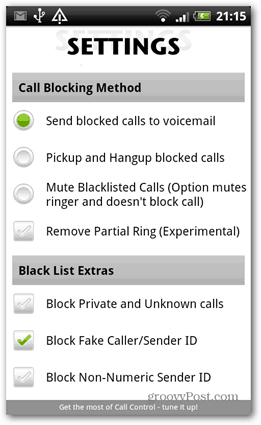 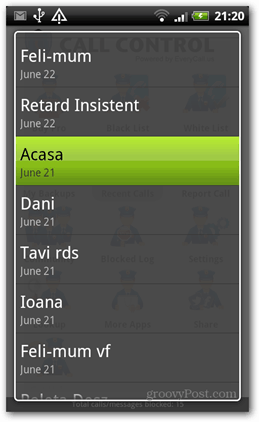 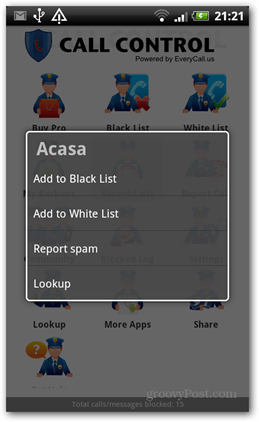 There’s also the option of going through the Black list icon in the main menu. Click the plus (+) button, and you’ll get a comprehensive call blocking options list. 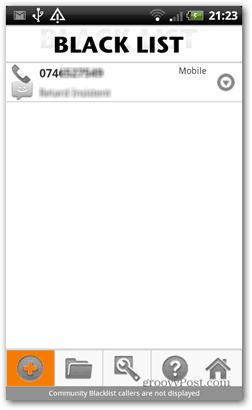 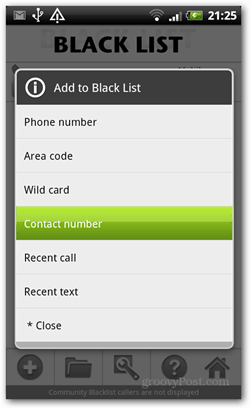 The wildcard option in Call Control is another interesting feature. It lets you block numbers that start with a specific numerical sequence. It also provides a log of calls and blocked messages. This is a helpful feature to see how persistent some callers are. 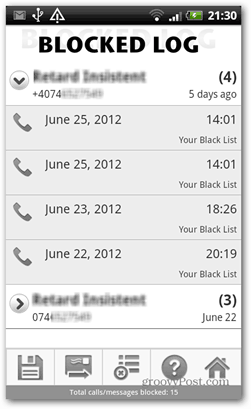