A cool feature that was added to tablets running Android 4.2 Jelly Bean was the ability to add and configure multiple user accounts. However, it was only available for tablets and not smartphones.

For more on that read our article: How to Configure Multiple Users on Nexus 7 Tablet. 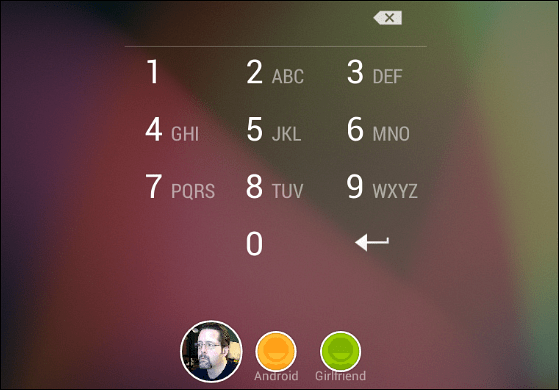 Now in Android 5.0 Lollipop, adding multiple users to phones and tablets is possible and it’s easy. Here’s a look at adding, removing, and configuring user accounts on Lollipop.

Note: For this article, I am using a Nexus 7 running Android 5.0, but you can do it on your phone too, the interface may look different but the process is essentially the same on stock Android.

To access user accounts, swipe down on the screen to bring up the Notification Center and tap the user icon at the top right of the screen. That will show you as a user and you can tap to add a guest or add another user.

Adding a new user allows you to share your device with other people. Each user will have their own space and can customize their own apps, wallpaper, and other settings.

One thing to keep in mind is that full user accounts can tweak device settings like Wi-Fi, which will affect everyone on the device. Also, when a person is added they can update apps for other users too. If you do want a closed off account so someone can borrow your device, just create a Guest account. 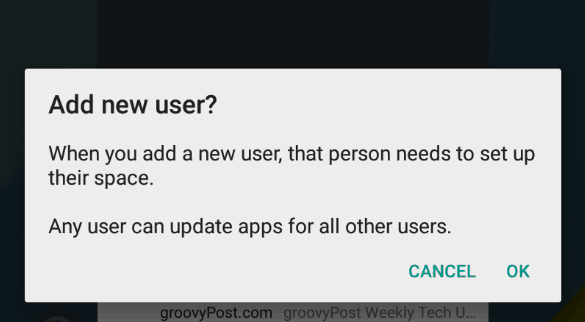 Verify you want to create the new user and then hand your device to the user so they can follow the on-screen wizard or enter their Google account data, install apps, set up a passcode…etc and then they can start using the device. 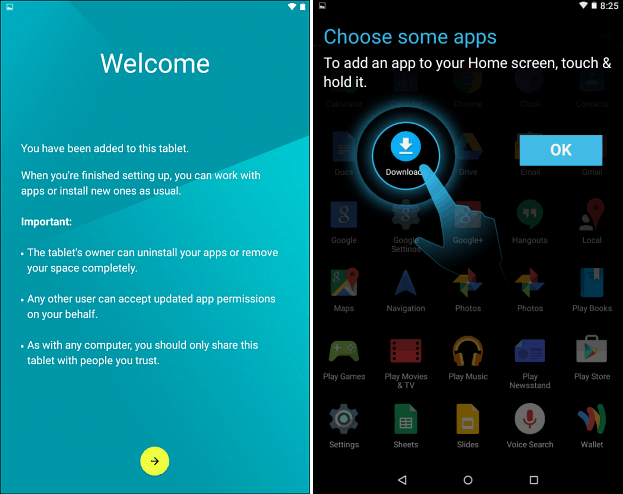 To switch between users, pull down the notification center and tap the user icon once, then the user account you want to switch to.

To remove a user, go to Settings > Users, tap the garbage can icon next to the user you want to remove. All data will be wiped including pictures, documents, and contacts. 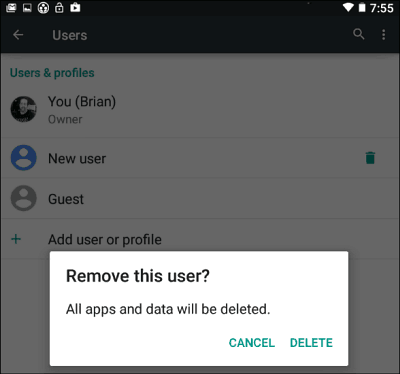 Are you running Android 5.0 on your device and added a user account? If so, let us know what you think about it in the comments below.