Android 10 Rules are a new feature on some Pixel smartphones. It makes it easy to automate certain tasks when connected to a specific network or a location.

Android 10 Rules are a new feature on some Pixel smartphones. They allow users to automate simple tasks, making their life much easier.

There have been many rumors about Google meaning to add some sort of automation to Android. The Rules feature was showing in some previews but had never actually made it into final versions of Android. Well, Android 10 has started including it for some Pixel devices. Pixel 4 devices have started receiving it recently and some users have reported seeing it on older models, as well.

What you should not expect is a version of Tasker. Tasker, which we have previously covered extensively, is a complex automation tool for Android devices. Rules just allow you to easily automate some simple tasks if you’re happy to do just that. However, this presents significant advantages for users that don’t want anything else than to get a simple task done. For that, the Rules feature is just what the doctor ordered.

Actually using the Rules feature really couldn’t be easier. Start by going to Settings on your Pixel device, then tap System. 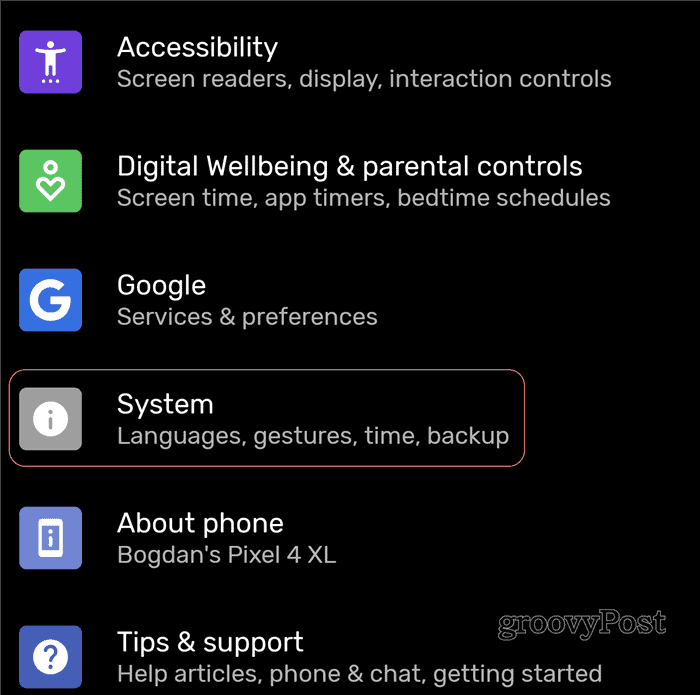 Under System, tap Advanced. Rules will be right there. Tap it so you can see what it’s capable of. 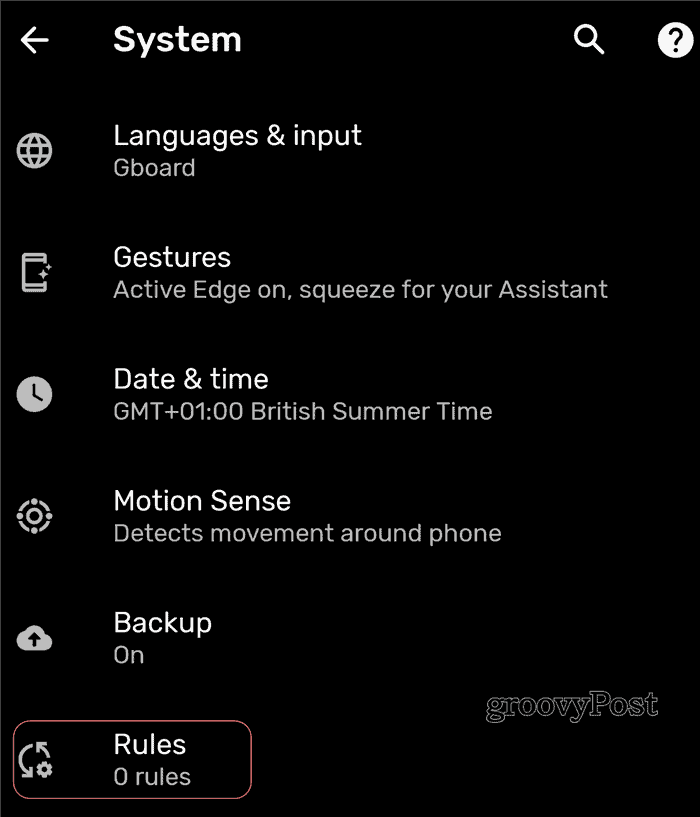 The first thing you will be required to do is to allow Rules to run in the background, so it can actually alter settings. You don’t need to be too worried about security, as it’s an Android 10 native feature. 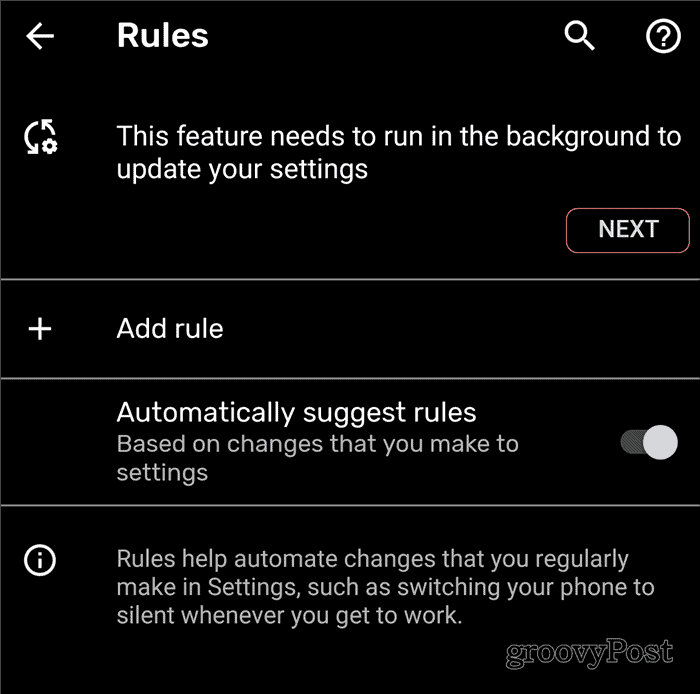 Now that the feature is active, you can just tap Add rule. You will be able to decide some on simple tasks that your phone will perform once it’s connected to a specific Wi-Fi network or when you’ve arrived in a location. You can either give it the address of a specific place or choose from the Wi-Fi networks on your phone. 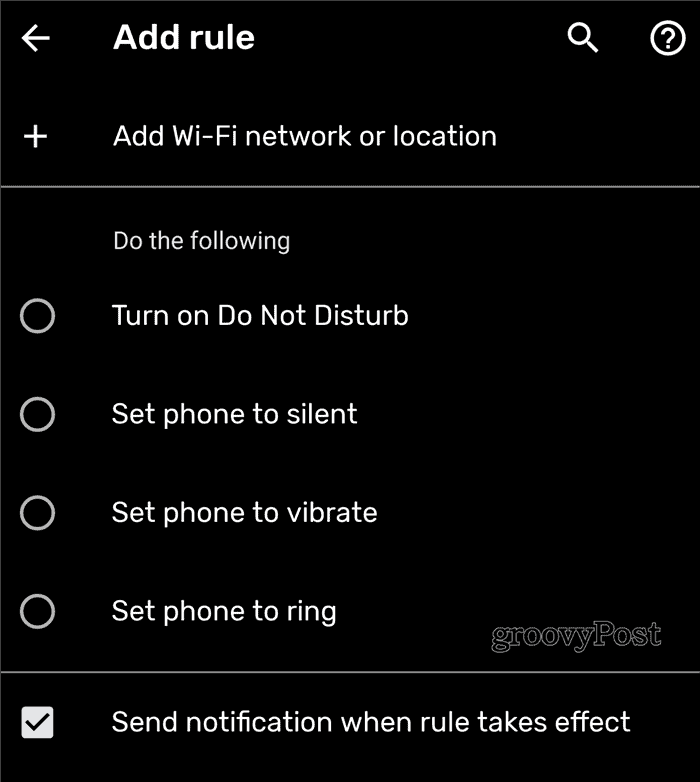 For example, I have decided that, when my phone is connected to my car service’s Wi-Fi, I want it set to vibrate. That way, the other customers won’t be disturbed by the ringtone while waiting for their cars and having a cup of coffee. 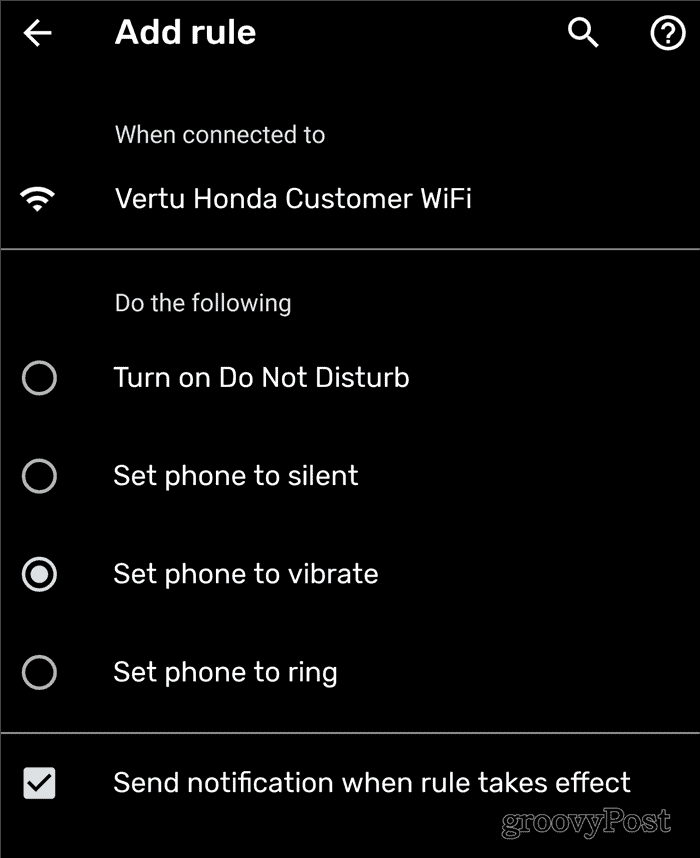 You can combine these whichever way you like and you can have as many rules as you like, depending on your needs. You can also tick whether you want to be notified when a rule takes effect or not.

Rules can prove to be a very useful feature, especially if Google adds more options to it in the future (and, of course, offers it on more devices).