AirPlay Mirroring is a cool new feature in OS X Mountain Lion. But, only 2011 Macs support it. Here’s how to get the same mirroring functionality in older Macs and Windows PCs.

Yesterday I upgraded to OS X Mountain Lion on my Mac Mini. To my disappointment, I found out the new AirPlay Mirroring feature only works with Mid 2011  (or newer) Macs. This had me searching for an alternative, and I’ve found one for Macs that didn’t make the cut and Windows PCs.

According to Apple, there’s Feature-Specific Requirements for some of the features in Mountain Lion. AirPlay Mirroring works with only the following Macs.

Seriously? My Mac barely missed the cut for this groovy new feature in OS X Mountain Lion. Rather than worry about purchasing new hardware, as I’m sure Apple wants, I started a search for a third party alternative. I found a great program called AirParrot (Link Below) that fills the AirPlay Mirroring void. Not only does it work with older Macs like my Mid 2010 Mac Mini, but also Windows PCs. Game on! Here’s a look at how to use this utility.

Note: To use AirParrot Mirroring, you need to have an Apple TV (2nd Generation) running iOS 4.4 or later connected to the same network that’s attached to your HDTV. Also, make sure AirPlay is enabled on your Apple TV. 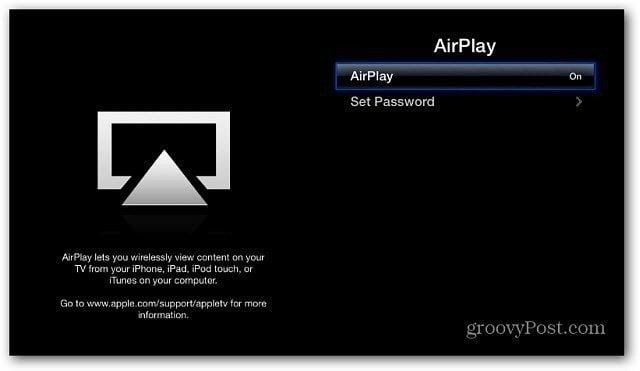 Install AirParrot. Then click the Try AirParrot button. It gives you 20 minutes at a time in Trial Mode, it’s $9.99 for a full license – much cheaper than buying new hardware! 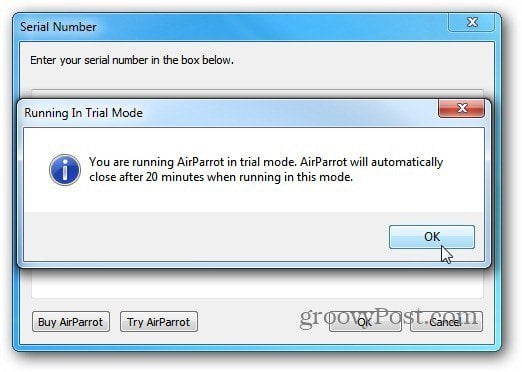 Right click the AirParrot icon in the system tray in Windows, choose which monitor you want to show and select your Apple TV. 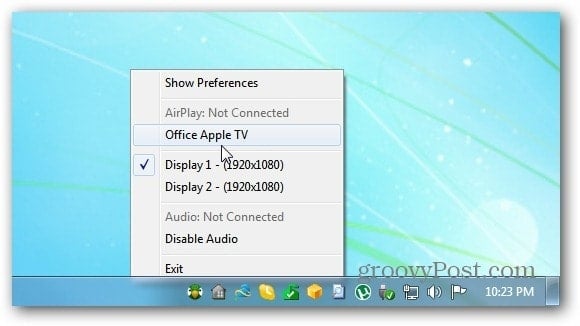 On a Mac, you’ll find the AirParrot icon, where the AirPlay icon would appear on a compatible Mac. 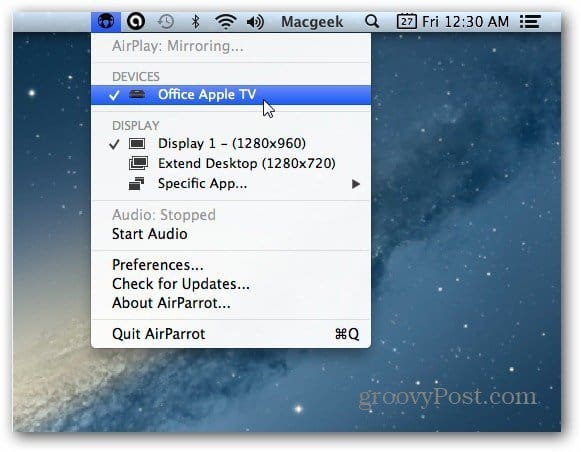 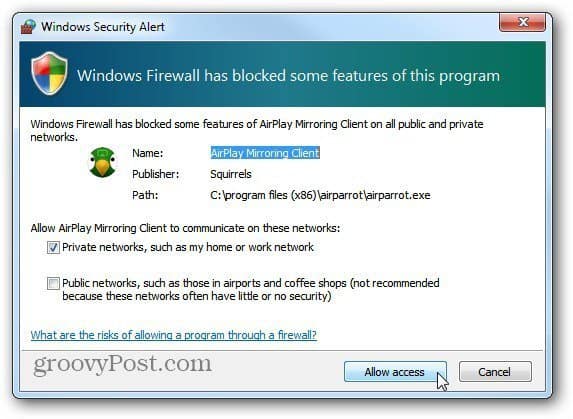 Then your computer screen will come up on your HDTV through your Apple TV. You can use it to give a presentation or more importantly, enjoy your favorite videos that are on your PC or Mac on your big screen TV. 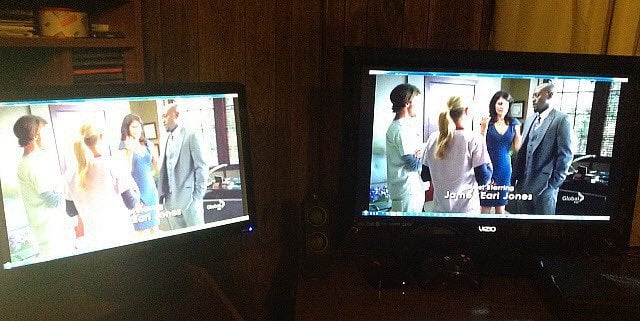 There’s some preferences where you can adjust the video quality, show the mouse cursor on the HDTV or force it into 1080p mode for an Apple TV (Third Generation). 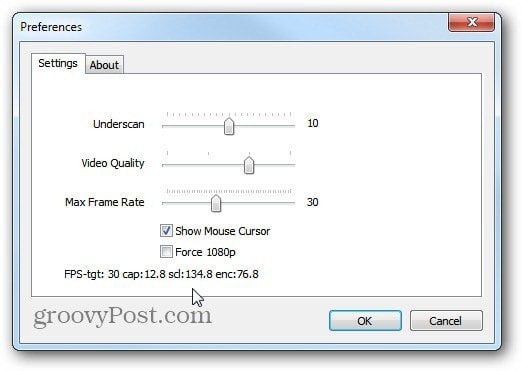 In my tests, the overall video quality was good from my Mac and PC through a variety of media players. But the audio was less than stellar over my WiFi network. It currently only supports stereo mode, so don’t expect awesome sounding 5.1 or better surround sound. It seems like it sacrifices audio quality to stream the video. I routed the sound through my PC speakers, which sounded much better, but it wasn’t in sync with the video.

I haven’t been able to compare AirParrot against AirPlay Mirroring in OS X Mountain Lion, but if you have, leave a comment and let us know. If you want to use AirParrot Mirroring for presentations, it will work just fine. If you’re using it to stream videos to your HDTV from your computer, the video is acceptable, but the sound isn’t very good. But, for $10 it’s a good deal for getting the Mirroring feature on your Mac or Windows PC.