Adding the Quick Launch toolbar also provides a method to group similar apps without clogging up the taskbar with pinned shortcuts to other apps.

The Quick Launch bar in Windows XP and Vista allowed you to access your frequently used apps and other files easily. Adding the Quick Launch toolbar also provides a method to group similar apps without clogging up the taskbar with pinned shortcuts to other apps.

While it’s not included in Windows 10 by default, you can still add it manually by following the steps in this article. 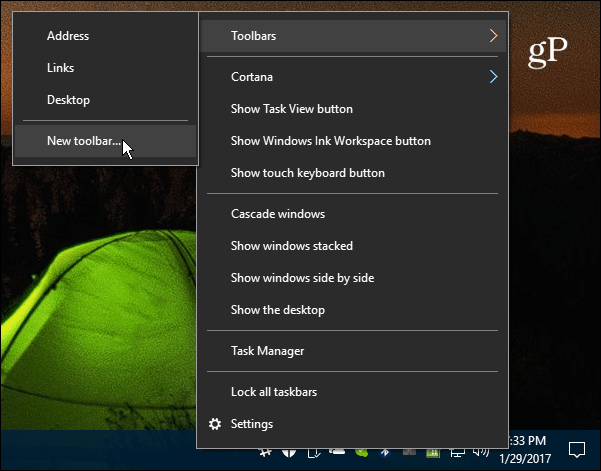 Or, to make things easier, copy and paste the following path into the File Explorer address bar and hit Enter and click the Select Folder button: 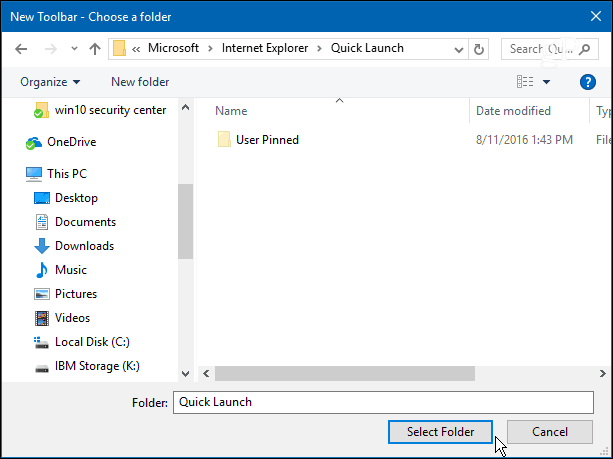 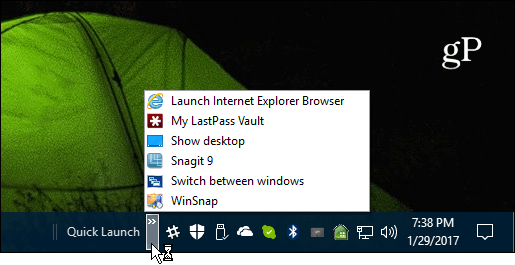 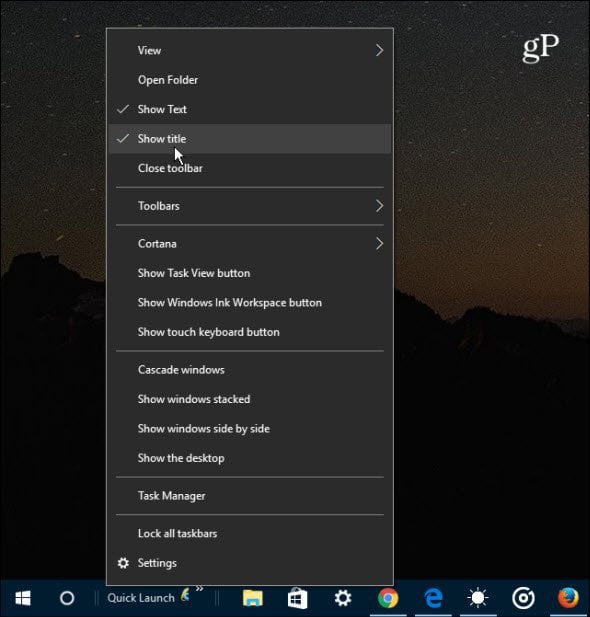 If you add several items, just click the arrow icon to bring up the list items you have in the bar. And, if you’re still running Windows 7 and would like to get the Quick Launch bar back check out our article here. 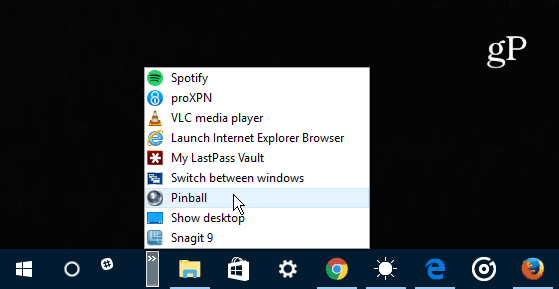 What’s your take? Do you like the new user interface of Windows 10 or do you prefer the familiarity of Windows 7 or earlier? Leave us a comment and let us know your thoughts.