Pandora is launching a new platform called tv.pandora.com that lets you access the music service through a web browser on Xbox, PlayStation, and Smart TVs.

Recently Pandora launched a new platform called tv.pandora.com. It brings the streaming music service to your HDTV via Xbox 360, PlayStation 3, and other Smart TVs with a web browser. It’s not app either. You can get it on the Xbox 360 now by using Internet Explorer and pinning it to your Favorites. Here’s a look at setting it up.

Start by launching Internet Explorer on your Xbox console and press the Y button. Then using the onscreen keyboard or Xbox SmartGlass type: www.pandora.com in to the address bar. Once you’re at the Pandora site, hit the Y button again to open the Web Hub and select the Favorite icon at the top. 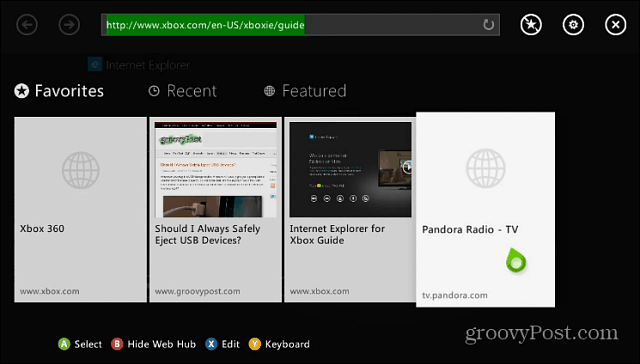 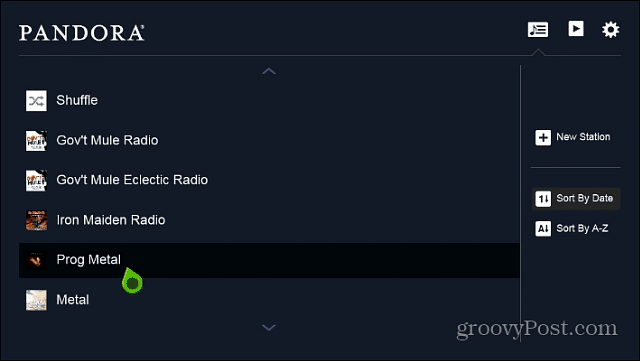 The interface is intuitive and you’ll have all of the familiar Pandora options – thumbs up or down songs, creating stations…etc. 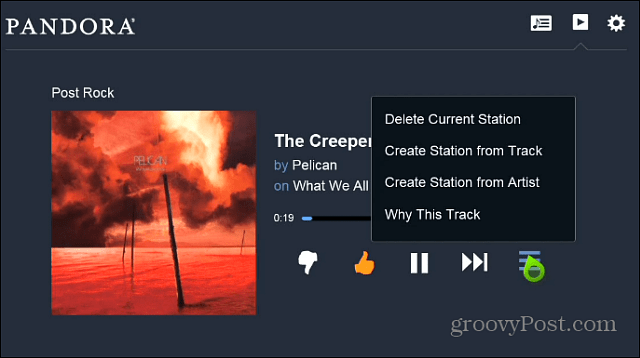 If you want easy access to Pandora from the Xbox Home screen, you can add it to My Pins. In IE, hover over the Pandora Favorite you created in the Web Hub, and hit the X button on your controller. That brings up the Edit menu, and from there select Pin to Xbox Home. 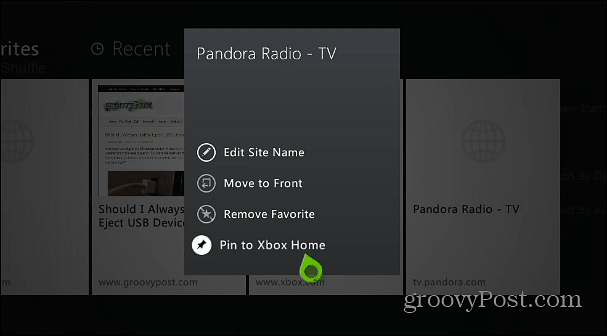 Now when you go to the Xbox Dashboard, Pandora will show up in My Pins. 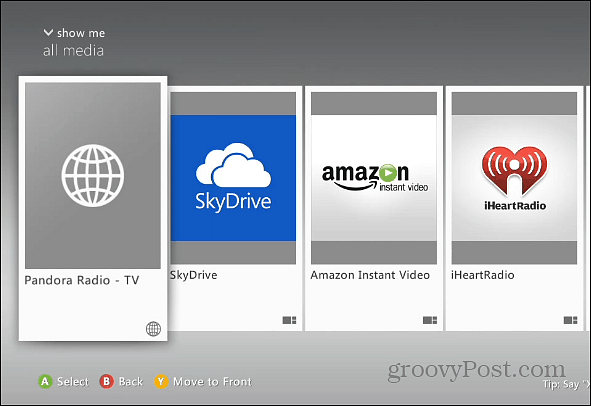 There’s a few third-party music apps available for Xbox 360 already, in fact we showed you Rhapsody on Xbox when it was initially released. Then of course there’s Microsoft’s Xbox Music, which has continued to improve since its debut. But this version of Pandora is based on HTML 5 and will be accessible on other devices in a browser, without the need for an app.

It’s early in development and works now with Xbox 360, and according to reports, the PlayStation 3 (although I haven’t been able to test it.) According to a company blog post yesterday:

Today tv.pandora.com runs perfectly from the browser in your existing Xbox 360, and the system will spread to other environments as more vendors bring standards-compliant TV’s and set top boxes to market in the coming months.

It’s not perfect yet. While testing it I had to type my account info in each time I launched it to get my stations. And you’ll definitely want to make it a Favorite and pin it for easier access. But this is a good start for those of you who love your Pandora music, and want to bring it to the big screen to play through your home theater system.