If you love retro and nostalgic computing, you will enjoy playing these original 16-bit Windows classics on your brand new Windows 10 system.

If you’re a long-time Windows user, you probably remember the 16-bit games on early versions like Windows 95 and 98 or even Windows 3.1. The memorable games were released in the Windows Entertainment Pack, and some of the games were bundled in with Windows. In addition to the always popular Minesweeper, it also had Solitaire, Snake, FreeCell, and others. Of course, those games are no longer included with Windows 10, but playing the classics from time to time is fun.

For example, we showed you how to install the classic 3D Space Cadet Pinball on Windows 10, which received tons of positive responses. We also covered how to add classic Windows 7 games to Windows 10 before. And today, we’ll take a look at where you can find and play some real classics from the Windows Entertainment Pack.

Play Minesweeper and Other Classics on Windows 10

To get started, head to Archive.org and download the Best of Windows Entertainment Pack, which includes 12 files. Or, you can download individual games if you would rather do that. Then, to fire up a game, just double-click on the executable you want to play. There is nothing to install, so you could drop the files on a flash drive and bring them with you to different PCs. 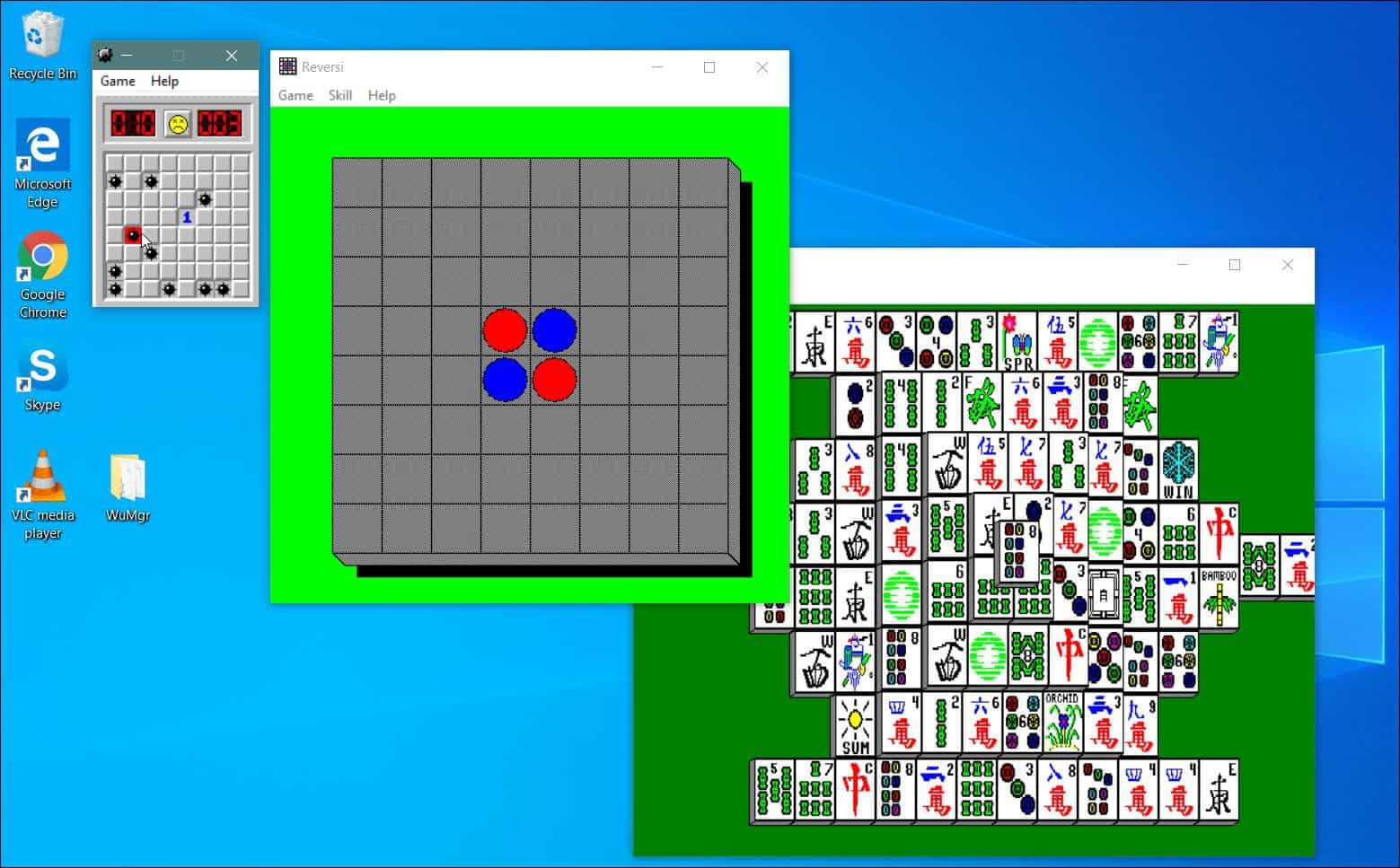 This pack also includes the old-school versions of MS Paint and Calculator. Sure, we still have revamped versions of those on Windows 10, but running the original versions takes you back. What’s also cool is when you save something from Paint, it brings up the classic Windows Explorer interface. 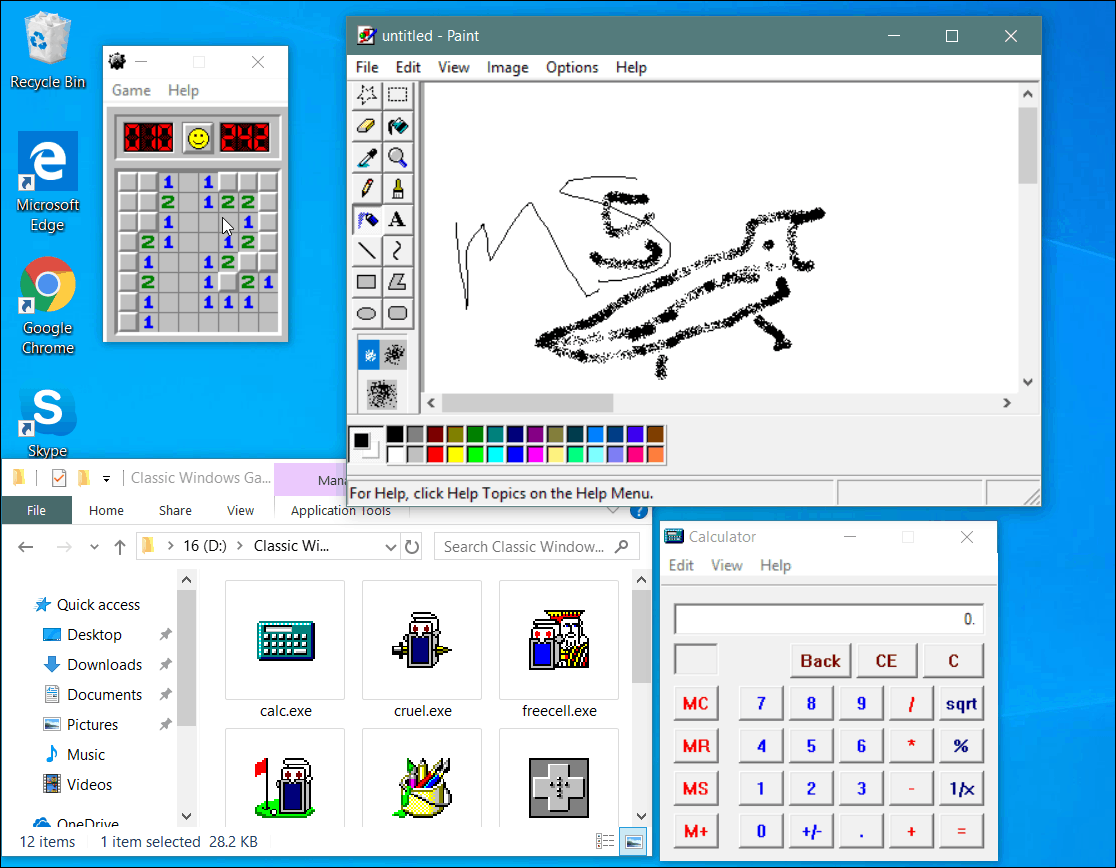 These should run on 32 or 64-bit versions of Windows 10, but I wasn’t able to get all of these to work as they are looking for missing DLL files. But Minesweeper does indeed play just the way I remember. But if you’ve had better luck, leave a comment below.

There are revamped and modernized versions of most of these classics, but the fun is in the nostalgia of the experience — even the icons look like they did back when. So if you are old enough to remember the games that you could play on Windows 3.1 and 95 or are just a fan of retro games, you’ll have fun (albeit geeky fun) with these classics.